@Matthias_Quellmann I think such a flexibility would greatly enhance the usability of FX Modulator. Is this within possibility in Cubase’s architecture? (i.e. making FX Modulator send out a “modulator signal” to Cubase which can then be picked up in any other VST?). (Conceptually similar to the possibility of sending audio signals as a side chain)

If that’s not yet possible, I think it is a missed opportunity? What do you think?

Would second that this would be a really strong add to cubase features, but not sure it sits within the remit of that plugin. I also thought that was what FX modulator would do when I read the name of it, but it turns out its a different (and very cool) beast altogether. Control function for single control knob to modulate multiple FX paramters (with definable ranges) similar to Ableton / Studio one’s macro features would be really powerful though. After making multiwarp dreams come true today, go for the double whammy on 12.5 and add this in

@Electrochimp Thanks for your response, I agree, the FX Modulator is cool and might have a different focus than general purpose modulation of all imaginable parameters (VSTi, VSTs etc) within Cubase.

I think a general purpose modulator with the possibility to patch to any imaginable parameter would really be nice though!

Desperately need some kind of fx modulator that can control any parameter.

Also, the new quick controls location on the vst plugins was a great move, too bad it wasn’t upgraded to macro knob control centre that could be assigned to any plugin parameter, this would have been a well needed upgrade, i believe that space is setup to be able to achieve all this in a future update tho.

This would open up so much more potential for FX Modulator.
The ability to not only control VST parameters, but multiple simultaneously.

The MIDI Remote section looks to have all the systems in place for a full macro knob section also. It would be nice to see that implemented.

It would be (mostly) enough if it outputted MIDI CC from one of its modules (or a dedicated LFO/MSEG module) that can be used further down the chain to map to any exposed VST parameter.

I feel like it’s a substitute for all of us who were waiting for proper plugin parameter modulations.
Now I only hope that it doesn’t mean that “case is closed” and they will not implement it.

No, it’s a substitute for ShaperBox: Cableguys | ShaperBox 2

I hope they’ll add MIDI Out in future versions and allow it to be paired with Quick Controls somehow.

Also, an “amount” knob to alter the amount of modulation on the LFO would be nice. (not the same as dry/wet knob).

Adding tremolo using the Volume modulator would be a pain to automate in intensity if you must automate each individual node rather than a single knob.

exactly my fear too.
this is not a modulation system (as has been requested numerous times by myself & others for years)

As disappointing as this is, I decided to upgrade anyway for some of the other new features & to stay current. But this is not the mod system I was hoping for at all.

I really don’t think they meant to address that particular user request with this new device. They seem to be going through what’s popular right now inside bedroom producer circles and implement it as a native device:

Maybe they will also make a video tutorial about the greatest never resolved mystery: ‘how to make psybass’

I tried OTT for maybe 1 hour only (that was enough for me), but it didn’t produce so many clicks as Squasher do, making it totally unusable for extreme compression. Maybe OTT has a very slow attack/release.

Maybe they will also make a video tutorial about the greatest never resolved mystery: ‘how to make psybass’

Yes, I was heavily dissapointed the topic wasn’t covered in their Infected Mushroom videos 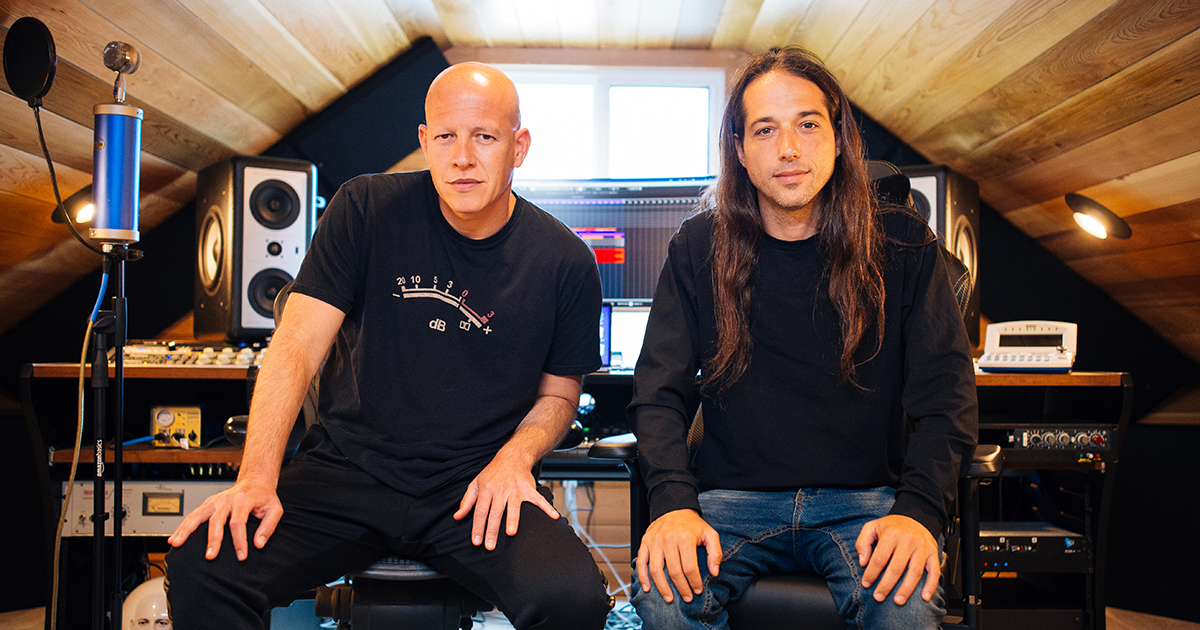 Exactly! They’re recycling the same old effects over and over again.
Don’t get me wrong, those effects are not bad, ok for basics but also nothing spectacular.

To this day I wonder how they could use them in their latest Delay effect and produce such CPU hungry plugin. Apparently, there’s nothing that they can do about it (optimization).
I wonder if some FxModular presets will also jump to 20% CPU usage of my 12core 3900x, as MultiTap Delay do in several presets.

They did but PsyIlluminati forced Steinberg to delete that part

Ok, so in absence of that knowledge my 1st track in Cubase will have to be some sort of techno or drum & bass

yep. they are cloned all over the place.
all FX in Groove agent 5 & Halion 6 are straight clones of cubase native fx that have been around decades
retrologue 2 is a pure reskin of Halion’s very basic & dated synth engine (unchanged since Halion 4 i believe)
all the channel strip fx are just the same as native VSTs
most of Wavelab Pro’s FX are the same clones too
now this…

how many times are they going to repackage the same old s*** & call it a new feature? its getting kind of laughable now. made even more laughable by the fact most of these FX are like 20 years old now

where’s the FM synthesis? where’s the flexible moduulation? multiband fx containers? multi assignable macro controls? no? nothing? but here’s a “new” multi FX unit consisting of all the same FX you already bought 3rd party tools to replace! cooooooool. thanks sooooo much. SMH

Sorry to keep bringing Bitwig into this discussion, but it’s just so damn flexible that it should be used as inspiration when it comes to cubase modulation if it wants to compete.

Here’s a thought. I don’t know if the way cubase is coded literally allows for audio rate modulation. The continued lack of FM & phase modulation synthesis in the entire steinberg lineup suggests not.

One weird omission in Bitwig is a flexible MSEG.
But there’s a clever way in Bitwig to turn a volume / automation shaper (like Xfer’s LFOtool) that is only capable of outputting modulation as midi CC or doing basic volume ducking, into a device that supports modulation by audio rate…

The way it works is a bit complicated to explain, but here goes.

In Bitwig there are VST containers that you load as devices (like an insert in cubase but can hold entire chains of stuff). There is one that allows you to layer multiple devices & mix / modulate between their outputs. Each layer is capable of holding any number of instruments & plugins (native or 3rd party) in a chain.

You then create layers for as many instances of LFOtool as you want so you have a VST container with a synth & x amount of LFOtools on their own dedicated layers inside, on one channel.

In front of LFOtool you insert DC offset device, set to maximum setting of 1. It’s a device with a slider that goes from 1 down to -1, where 1 represents the peak of a waveform’s possible phase, and -1 represents the bottom.

This sends a static audio signal to LFOtool, that when used to automate volume, is shaped to match the modulation curve in LFOtool.

You then add an audio rate modulator to the VST container, for each instance of LFOtool and set their inputs to “LFOtool out” for each corresponding instance.

The audio rate in modulator can then be used to automate anything that is deemed modulatable in Bitwig, which is pretty much anything & everything, in the shape of it’s designated LFOtool envelope. You just have to mute the layers with LFOtool & DC offsets on them to mute the audio signal, once you set the LFOtools as inputs for the audio rate mod sources.

It’s stuff like this that blows me away with Bitwig.

It’s much better than midi CC once you save this device once for later use & can give really smooth modulations on even extremely slow rates. All the regular Bitwig modulators are just drag & drop, but that MSEG trick is quite mad. Just wondering if anyone can think of a way something similar could be implemented here.

The architecture of Bitwig was built with audio rate modulation in mind, and is as flexible as phaseplant for that kind of purpose, obviously. But I’m wondering why it doesn’t even exist in cubase or any of Steinberg’s instruments. Maybe it can’t be done?

I don’t expect Cubase to be anywhere close to Bitwig.
All I wish to have is advanced LFO (more advanced than Auto LFO) and Envelope modulators.
And functionality where I press RMB on a parameter of 3rd party plugin and I can assign it to a modulator. Not by adding parameters to Quick Controls, then to a modulator.

that’s kind of the issue?

surely updating functionality within the DAW itself to compete with Cubase’s competitors would be a better use of development hours, than making native plugins that many people likely have already bought the 3rd party tools they are copying to make these anyway.

I mean OTT & ozone imager are both free for starters. So by that premise, Steinberg are prioritising adding native solutions for already existing (and FREE) 3rd party solutions, over future proofing the core functionality of the DAW itself.