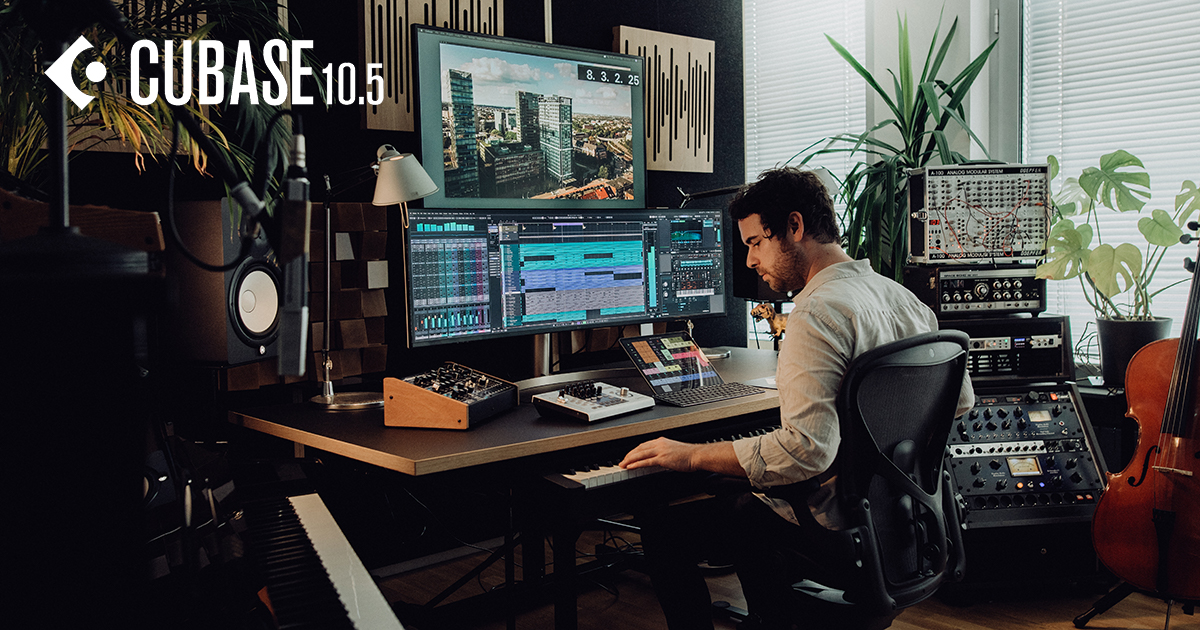 WoW! What a circle… with the installer/licensor, and now trying to find the latest download.

I have a license for Cubase AI, but why am I running Cubase LE AI Elements 6 64bit?
Have to run as administrator, why?

I cannot find the download link for Cubase AI 10.5… where is it?
I am currently running software that was written back in 2011?

Even though 10.5 was not a FULL jump in version numbers as might be expected, only Windows 10 is supported from there on.

What else did I learn? hmm… so much… the Steinberg DL program crashed after downloading for 5+ hours. I used an old, old, program GetRight and it downloaded in 1/3 the time.

I did, indeed, get a CD with Cubase AI on it: Version 6.0.5 (64 bit) - Built on Oct 7, 2011. When licensing, I was automatically upgraded from Cubase AI 6 to a Cubase AI license, which means my installed CD Version 6 AI was going to expire (just as it I hadn’t licensed it). It’s up to you to know these things! Of course, how would you? Anyway…

I have a 30 Mbps direct air-to-fiber download link. I should have been able to get a download from Steinberg with their downloader of 30/8 or around 3.75 MBps, but I never got close until I used GetRight-Pro. Using the Steinberg downloader failed and I had to start from the beginning after 5+ hours. The direct download using FireFox was slower than Steinberg’s downloader.

In retro, if you don’t have a multi-threaded downloader, I would still recommend Steinberg’s. Somebody on here may know of some really good software to use that isn’t so outdated like GetRight Pro (but, I do have a license for it so I used it).

Once the Zip was downloaded and checked, I unpacked it and read the pdf. The install was flawless, and the license upgrade to Cubase AI I had worked immediately without having to do anything else.

There are reports that 10.5 DOES work with Windows 7, but again, Steinberg does not support anything but Windows 10 from 10.5 on.

I did have to switch my desktop theme to one of the 7 Aero themes due to some limited graphics of Cubase, but I am looking forwarding to learning Cubase inside-out. I already use Reaper, but even though I had a copy of Cubase (version 3) a long time ago, I have never used it.

There are a few threads on the Reaper forum about Cubase. If you load up 4000 empty tracks, Reaper uses a lot of resources and Cubase doesn’t. This is good for those who use a lot of instrument templates for orchestration. Another good thing talked about is how superior the Cubase midi editor is compared to ALL of the other DAWs.

I’m going to find out! I have a lot of work to do to get up to speed, but I’m happy to finally have a decent copy of Cubase AI (even though there are AI limitations)… it’s something I can easily work with, np.

I hope this helps some new people here on the forum (as I am brand new) to get up and running.

I don’t see any reason (other than hardware) to be running an old version of Cubase AI.

Cubase AI is Steinberg’s way of getting you in through the door to see what they have to offer and possibly spend more money, and Cubase AI is free – no charge (with the purchase of some type of hardware [keyboards, audio interfaces, etc.]). Every company likes people who spend money, and so does Steinberg.

I don’t know how much I will like the Cubase workflow compared to Reaper, but I am about to find out. I will probably use Reaper for a long time even with Cubase AI (reWire), simply because Cubase AI is quite limited in available features, but it’s free.

I may never find myself going beyond Cubase AI 10.0.50 simply because anything else would require the purchase of a new computer to run WIndows 10. I have almost everything mentioned in Cubase Pro 10.5 in some shape or form already, so $600 out of my pocket isn’t going to happen any time too soon.