If you have seen them, would you recommend these videos?

Most times the video’s from SWA are good quality. I have bought the version for Cubase 6, and sure liked it.

Unfortunately (for me) the video’s are not longer that interesting. While the older versions where downloads the could be watched with any video player, the newer versions are now DRM protected, and can only be viewed with a special provided player AND you have to be on-line to be able to view the video (as far as I understand). You are also restricted for the number of times you can install the video (I understood 5 times is the maximum amount).

Problem for me is that my “standard” computer runs Linux and the provided player only runs on Windows or an Mac. It is also a PITA if I want to view the video on a laptop if no internet is in the neighbourhood. The only real Windows computer I have is the computer running Cubase, and viewing the video on the same computer as I have to work on is not that comfortable.

I think I will skip this one…

While the older versions where downloads the could be watched with any video player, the newer versions are now DRM protected, and can only be viewed with a special provided player AND you have to be on-line to be able to view the video (as far as I understand). You are also restricted for the number of times you can install the video (I understood 5 times is the maximum amount).

I think I will skip this one…

Me too. I had it all loaded up in the cart to buy until I thankfully noticed that myself. Used to be when you bought something for fifty bucks, you owned it. Now they want to take you to the viewing room and hold your hand while you use it. For fifty bucks they should send you a DVD. Rentals only cost a few bucks these days. I can rent a car for less than this and they actually let me drive it off the lot. Don’t give me the business about pirating. It costs less than five bucks to mail a hard copy, and other companies embed a customer code to track you if you do share it around. Until I can restrict what companies are ‘permitted’ do with my cash… Ah, digital. It’s amazing anyone scraped out a profit in the days of VHS and cassettes. How DID they even get their product out?
Don’t even get me started about ‘the cloud’.

I wouldn’t recommend any product where the merchant doesn’t walk away when the transaction is finished.

I don’t know what you guys are drinking or smoking, but you can watch the dang videos without being online, you just have to be online to authorize it. Plus there are 5 authorizations, and they say you can ask for more.
If you read the fine italicized print all the way to the end of the paragraph you will see.

And, before anyone attacks me for siding with the man, I agree you should be able to get a DVD, or at least be able to copy it to one so you can use it on a computer without an internet connection. (It would be pretty surprising and bad if that wasn’t possible)

Who can blame them for wanting to keep their videos off of bitorrent networks?

I too am annoyed that these restrictions are applied - perhaps that was a condition of them being ‘Steinberg Certified’? It does seem that companies are determined to digitally follow you (all in the name of giving a better service

) Frankly, these videos should have been supplied with C7 if they’re that good.

Getting back to the video content itself, apart from the teaser on YouTube, has anyone seen the others? How deeply in to C7 do they go, or is it fairly superficial stuff?

You are right SteveInChicago… I was a bit to hasty…

Indeed you do not need a continue internet connection to watch the video - only to authorize it. My apologies…

I can understand SWA has to protect their content. Don’t get me wrong. I only said that -for me- the video is not very usable, because there is no player available for my “work” system (Linux) or one of the tablets (Android) I have. The only Windows system I have is the one running Cubase, and I like to watch the video alongside my running Cubase, so I can try things out that are shown on video.

Anyway - let’s go back to the original question. Is it worth it?

In my experience SWA makes good video’s with some nice tips and tricks. I have watched the sample video, and it seems good for the price. I am also curious to hear if this level is maintained throughout the rest of the (video) chapters, so I will watch this space…

In 16 videos, the word ‘MixConsole’ doesn’t appear once in a video title. I can’t believe that it’s not covered somewhere, but not to mention it in a title seems weird.

As to the benefit of my inflated purchase, I did not learn that much from the videos that wasn’t covered by Steinberg’s own video tutorials and things posted on youtube. In fact, in a short period of time I realized I could have avoided the purchase entirely. Looking back, it turns out this very forum is the REAL Learning Center of Cubase. The members here are very generous with their time and expertise - if you haven’t noticed? (Thank you gentlemen!!)

My advice to the OP would be this: WAIT! There will be a sale price soon enough if you think you really need it. In the meantime watch the Steinberg videos, YouTube videos, and certainly ask nicely for the help of the forum members. Spare yourself the SWA shopping experience roller coaster - it still feels bad! Haha!

It turns out this very forum is the REAL Learning Center of Cubase. The members here are very generous with their time and expertise - if you haven’t noticed? (Thank you gentlemen!!)

I don’t know what you guys are drinking or smoking, but you can watch the dang videos without being online, you just have to be online to authorize it. Plus there are 5 authorizations, and they say you can ask for more. t

Thanks for the correction.

Not knowing Adobe Air I went to the Adobe site to see what it was and read “Deliver live streaming” in the description. I have no problem with companies protecting their product until it hampers paid use of it.

Thanks for all your posts.

I agree that the best place for information about Cubase are the forums. Videos can be handy for the visual help, but overall, users of the product are the best resource.

Yes, I watched the prices change which made it seem like they could not sell them. Also I think these video tutorials in general don’t go all that deep, so for people who’ve been using Cubase for a long time they are good for learning new features, or features one rarely uses. The new teacher for this package does seem better than the C6 one.

Indeed, here on the forum you hear about functions and uses that you wouldn’t otherwise. Also good to check out the Nuendo forum, I have found a golden nugget or two there.

Well, I tried some acid to become more perceptive but all it did was make me realize the folly of the economic system. On the upside I ran into Nina Hagen under the kitchen table.

I am waiting for this tutorial: 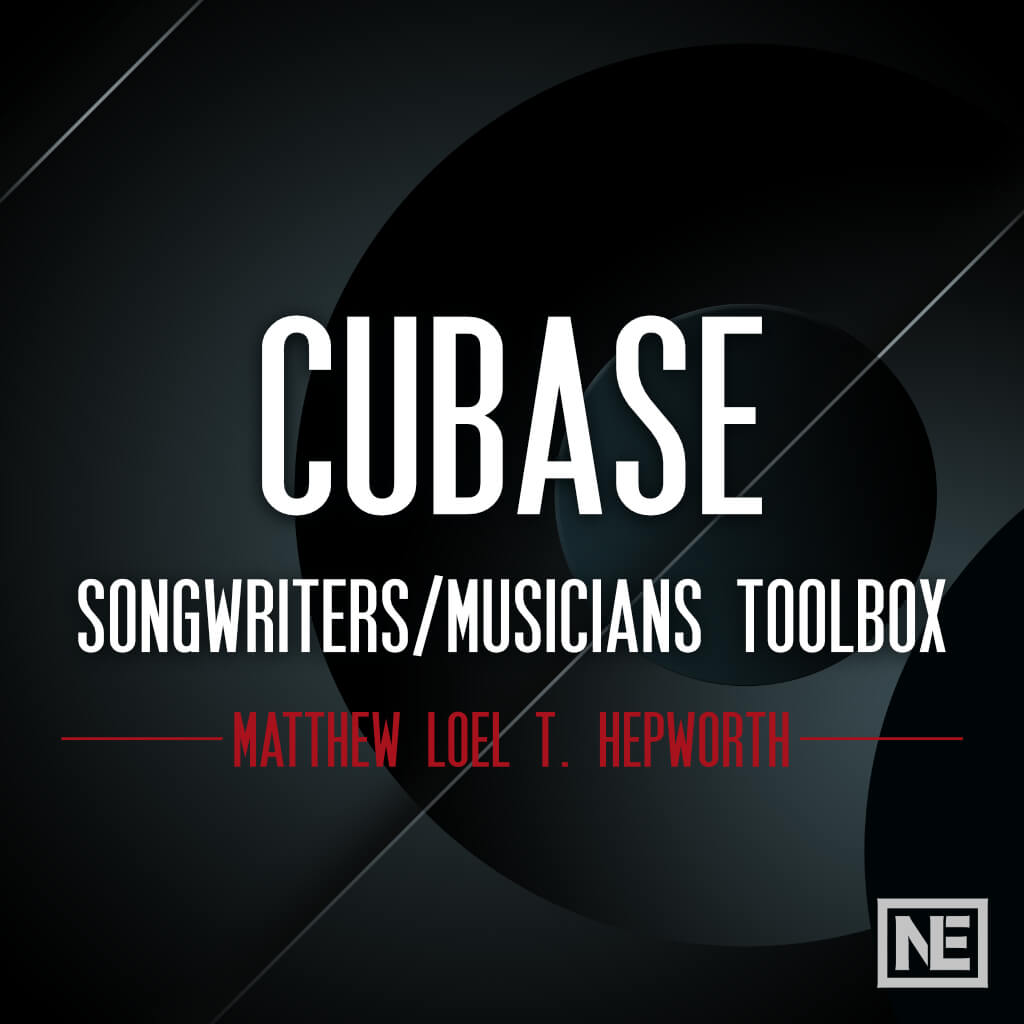 Just want to get your tracks down fast without wrestling with the software? Learn Cubase 7-from the composer & songwriter perspective-in this making music-focu

I find Matthew the very best.
All his cubase tutorials from macprovideo are top notch in my opinion.

I am waiting for this tutorial:

I find Matthew the very best.
All his cubase tutorials from macprovideo are top notch in my opinion.

I’ve watched Matthew’s Cubase videos from MacProVideo, and he obviously knows his Cubase very well.
But, for me, I found the pace of the videos very slow.
Also, to me his voice sounds very patronising, it’s like he’s talking to a child.
That’s only my opinion, I learnt stuff from his videos, and also I’m a grumpy old man so patronising voices naturally grind with me!

I bought these new videos from Steinberg.
As already stated, I too am annoyed I have to download another program just to watch them.
I find Adobe stuff a pain, always updating flash etc. But, hey, that’s grumpy old men for you.
This new AIR player, or whatever it’s called, always crashes when I quit too, and doesn’t remember where I left off, like the MacProVideo stuff does.
Also, the entire video is on one timeline, so it’s really hard to use the little slider thing to go back a short time to re-watch a section.
But, when I got to actually watch the video, I do like it.
I like the pace of the video, in that you need to pay attention as the same thing isn’t repeated 2 or 3 times!
Yes, a lot of the stuff I knew, but I have learnt more new stuff in a short time. I’e only got watching the first 4 chapters.
Also, the tome of the voice is fairly neutral and doesn’t make me feel like I’m a child with learning problems.

Only my opinion, YMMV

I purchased the C6 videos (and HALion 4) from SWA and found them useful. Not sure if I’ll spring the C7 edition…

I have several of Matthew’s tutorials (C5, and various C6 tutorials). All very informative.

Aside from the excellent content available here on this forum, and Greg Ondo’s free and top notch videos at Club Cubase, I’d encourage folks to check out the Cubase tutorials here: Tutorial Videos for Steinberg Products
There’s a new C7 Tips and Tricks tutorials. Doug Zangar bores down deep into his fast-paced C6 tutorials. All are on sale during the month of March.