I’ve done some various searching on this but haven’t really come up with any simple answers so I thought because this forum has pretty consistent traffic I’d annoy everyone here again!

I’ve been working on a short film which at the moment looks like it will be a fairly minimum orchestration with some piano, a string section and maybe a few small percussion tracks and a synth or two.

I really like to see what I’m composing and as the piano is likely to be performed i am really comfortable with notating everything in Dorico. It’s also great to be able to orchestrate the strings on the page as well.

We’re it becomes a little bit cumbersome is when i want to quickly add a patch or two from EWQL Stormdrum 2 or just load up a synth etc. I’m thinking it would be great if i could feed the midi from D4 into Cubase 12 via the IAC and then I wouldn’t have to mess with undefined percussion instruments and make maps in Dorico when I just want to grab a percussion or synth patch and keep scoring. I guess a rewire of sorts.

I’m sure people would say just export the midi and finish it off in the DAW but i guess this idea of best of both worlds is at least worth trying or seeing if anyone here has successfully done this recently. There was a tut on Youtube where someone was controlling Virtual Drumline in Sibelius here 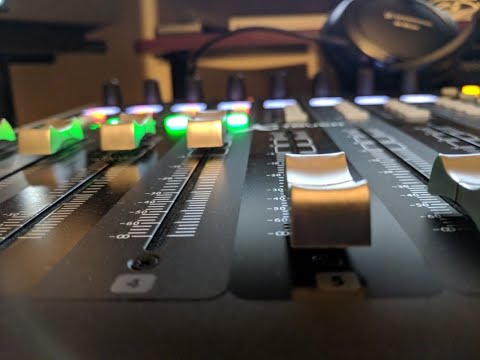 This would be a neat for a small composing setup and save me heaps of time. Even if i didn’t have to sync video it would be great for demos. I’m running most of my stuff with VEPro 7 which may complicate things but I’m kind of hoping that it’s just a matter of sending the MIDI in the right places.

It is still a bit frustrating how i cannot just create a custom instrument in Dorico just to punch in some percussion notes from a EWQL or Kontakt library. I tried to create a Large Bodhran instrument and it didn’t go very well. I love Dorico though! Just think it would be a real time saver to have the ability to create a quick custom instrument and assign it a midi channel or something similar. I could then just sort out the mapping etc, later.

Be interested if anyone has tried this. I probably wouldn’t do it for a full orchestral score though i guess. But you never know! Look forward to hearing from any programming gurus who have some wisdom on this one. Haven’t got huge amounts of time but would definitely give it a go. Cheers and all the best, Simon.

I’ve done this with Logic very easily. I’m sure Cubase will be similar. You create a MIDI Instrument in Dorico, and then assign that to your Players, as you would a VST.

Make sure that MIDI Thru is off in Application Preferences…!!!

Software instruments in Logic by default accept all incoming MIDI on all channels, but you can change that to be more specific. You also need to have Record mode on.

Then press Play in Dorico, and Logic does the playing.

Awesome. Thanks so much for your help! I’m going to give this a whirl i reckon. Fingers crossed! have a great day benwiggy, Cheers Simon.

Hey Benwiggy, I got it working! The only issue i have is that when i select the piano notes they playback as i click them, i can also input notes via my midi keyboard but i cant actually hear the notes as i play them when i’m in Dorico to do any writing. The piano vst setup in cubase only triggers when I activate all midi inputs in Cubase but then i hear piano on all of my instruments. Strings,etc.

I have a channel filter via the Input Transformer in Cubase to only filter 1 channel for each port for each instrument i setup in the IAC. I have BBCSO Pro Strings on one VEPro Slave as 1 instance per section with

I then have my pianos on a Mac mini slave which is VEPro assigned to
IAC - Port 1 - Mac- Mini - Pianos - 1 instance. So basically 1 IAC for each instrument track set to 1 midi channel on each.

I have de-activated all IAC ports mentioned above as input devices in Dorico 4 and midi thru but my keyboard is a KorgX5D connected via a UM-ONEx midi usb interface which i still have activated in Dorico for note input. If i could just trigger the sounds with my keyboard while inputting in Dorico this would be great for composing on the spot. If i cant add any tracks into Cubase as well as write into Dorico and play it all back and hear it at the same time it is probably easier to just add percussion, synths etc later on after I’ve imported a midi file from Dorico.

Just thought I’d check and see if I’m missing an easy solution to this. So close! I’ll try and keep at it. I hope this makes sense. It’s getting way too late! Cheers Simon