My set up is as follows. 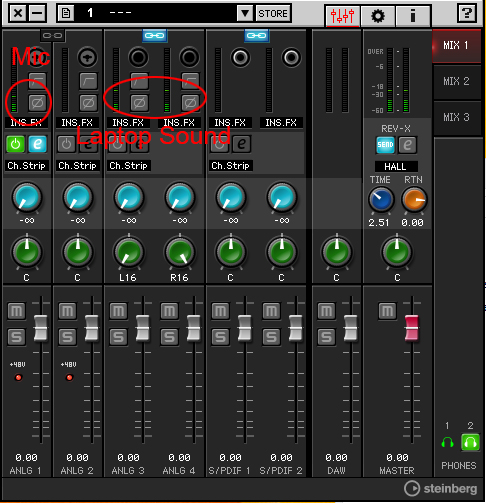 However, other applications on the 2nd computer can’t seem to ‘see/hear’ the sound from Channel 3 & 4.

This image is from the 2nd computer running DSPMixFX showing the Sound > Recording tab reacting to when I talk into the Mic. This same meter shows no reaction when only the music is playing. 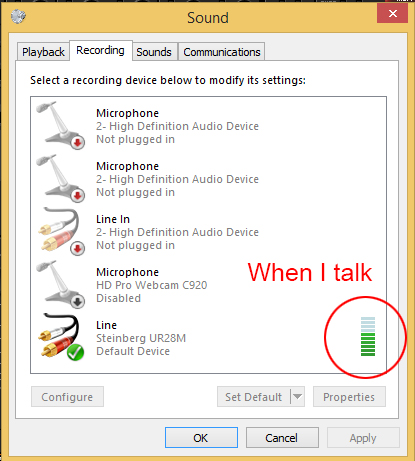 Any ideas on what I’m missing?

Thank you very much,

this is the support section for anything regarding mobile apps… we have a separate area for our hardware using it under windows for example:

Would you please ask your question there again?

After 6 hours of trying to figure out what happened to the sound I made the above post believing I was posting in a software forum & that DSPMixFX & Windows 8 were the issue- not a hardware issue even though they are interconnected.

I spent another few hours today working on the issue & finally figured out part of the problem. It seems Windows doesn’t always recognize the changes you make on the fly without rebooting the computer. The other issue seems to be the order in which the equipment is turned on.

The problem has been resolved (for now) & I hope to figure out the sequence to turning on the equipment to avoid it in the future.

Thank you for your reply & I would have posted this, after your suggestion, in the hardware section but I worked it out.