I have a MIDI part I want to duplicate while maintaining the exact positions of the keys. For example I have this piano bar:

What I would like to do is to drag the keys somehow so that the result will be:

when I’m using ctrl+d to duplicate, it doesn’t put the duplicated notes at the right spot. Is it possible to achieve? I’m just asking because I’m used to do it in Ableton Live and such a feature can save a lot of time

Thanks everyone in advance!

Following so I can learn as well.

I got into the habit of hitting CTRL-V to paste and then CTRL+Arrow key to move it into place.

It just occurred to me though… Would it work to set the grid to relative? I will try this.

There is also the in-place midi editor that lets you use the range tool… but I’ve found it a bit clumsy so far.

I also wish that Cubase would do the duplicating more based on bar boundaries rather than the beginning of the first event and the ending of the last event. – It’s even more annoying when duplicating a section of chord track.

As a workaround for drum tracks where note end events often don’t matter, sometimes I’ve extend the last note of the sequence, so the duplicating works - but it makes the midi track visually misleading - so I’m not a big fan of that approach - and it doesn’t work for sequences where the note end actually matters.

The only way I can think that would be reliable, is to move that little sequence to a separate midi event (not in itself a problem, since one can stack midi events on the same track). Project event duplication works much more like one would expect.

What I do, and it is a bit clunky, but it works - I add an extra muted dummy Note above or below the range my real notes are in. Then I set its length to match the Notes & Rests I want to duplicate. Select all of 'em and ctrl+D away.

Then I run an LE Preset to delete the muted notes.

I got to wondering if the method I used above could be improved by turning it into a Macro - yes it can.

Here’s the Macro, which uses the LE Preset above

You end up with this

cool trick - I will totally use that! Thank You!

Even Greg Ondo is lobbying for it; so hopefully we might see the feature soon

Until then you can use the Midi in Place editor which has the range selection feature. 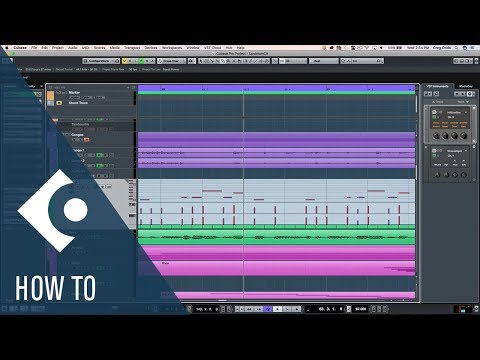 Thanks guys so much for the useful information!