Early Music VSTs for use with Dorico

Hope this isn’t too off topic for a Dorico forum - any reccomendations for sample libraries that include instruments such as viol, viola da gamba, theorbo, baroque flute, natural trombones, cornets?

Would just be fun to have the sound while I’m transcribing scores.

Not exactly what you asked, @eddjcaine; but might help a little: an article on Scoring Notes that is a couple of years old. Good luck!

Era II Medieval Legends has some of these instruments…

For some reason that link doesn’t work Mark - could you please post again?

Sorry, Edward… must be because I italicized Scoring Notes. 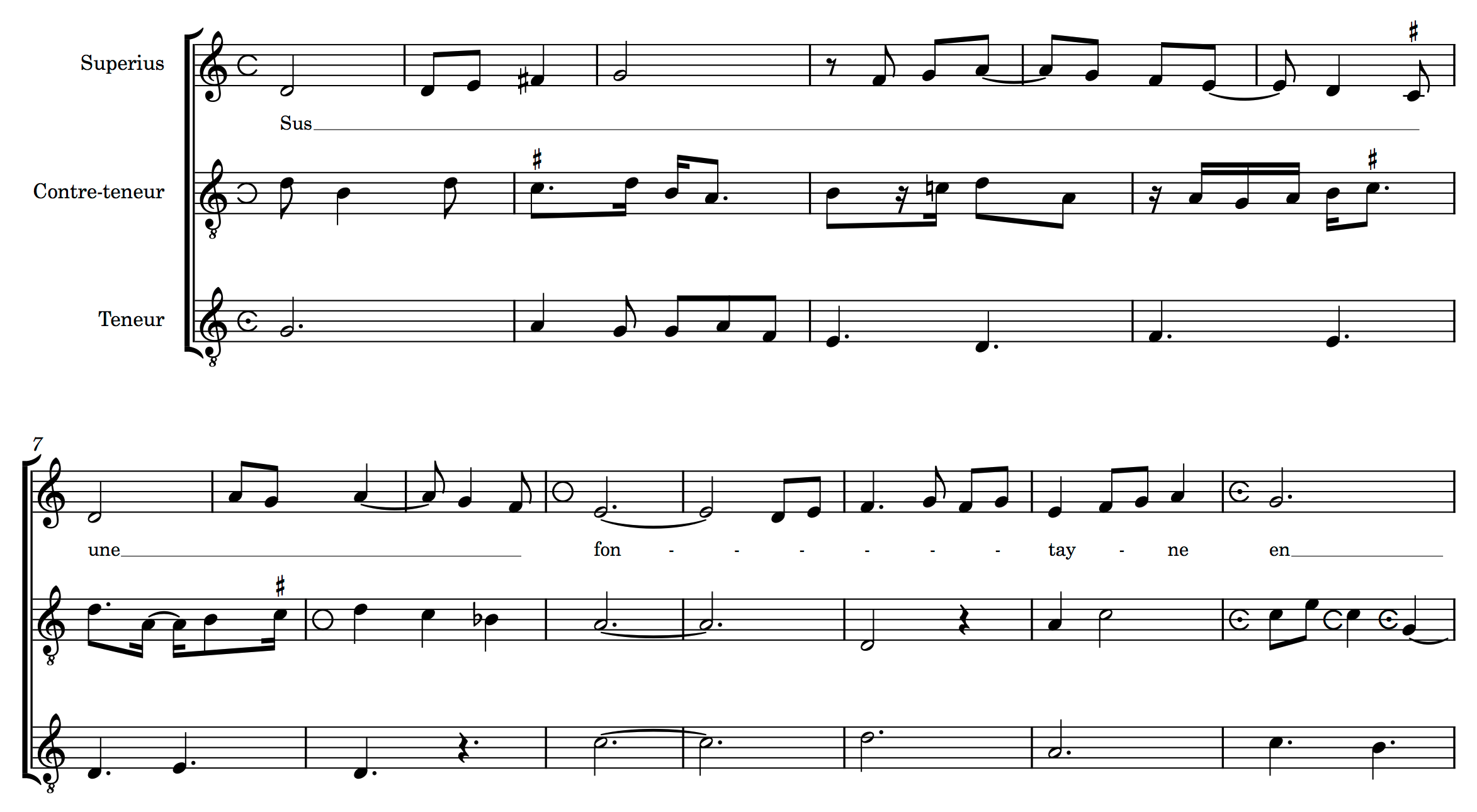 Dorico's various dialog boxes, known as editors, allow users to easily customize areas of notation for specific types of scores. We explore the notation of a Handel secular cantata and an “ars subtilior” virelai. In both instances, Dorico is up to...

Miroire from Orchestral Tools is one of the few ones. It contains ‘quite reasonable’ Violins and Violas, Oboes, Flutes, Trumpets and Horns, and a generic ‘Basso Continuo’ instrument that’s doubled Cello and Contra, plus bassoon.

It suffers from a number of problems: the sustain only lasts 5 seconds; there’s no pizz artics and OT libraries can be difficult to control in Dorico. I think I’ve finally got command of it now (But I need to update the Ex maps and template I’ve posted here, yet again!)

After around two weeks of messing around with Orchestral Tools’ SINE Player and the Miroire Library, I’ve got an experimental set of Expression Maps for Oboes, Flute, Brass, Strings and Basso. The maps are probably most useful (or rather only useful) with the SINE Player presets that I’ve also made. You can load these .otsave files into the SINE Player. They are still a bit crude and a ‘work in progress’, but I thought I’d share them, to see if anyone else can use them or improve on them. I’v…

I also use another OT library: Tableau, which is a string quartet, but the Cello, set to no Vibrato, works well with the Miroire strings as an alternative to the Basso instrument, as here:

For theorbo, I use Garritan’s GPO5 Harpsichord, set to the Buff stop!

Ah thank you Mark - I had not seen that article, although tbh it doesn’t present much new to me.

any reccomendations for sample libraries that include instruments such as viol, viola da gamba, theorbo, baroque flute, natural trombones, cornets?

Libraries conceived as historically informed (and not, for example, for fantasy pieces) are VSL’s Historic Winds, Fluffy Audio’s Rinascimento, Soniccouture’s The Conservatoire Collection. Cinesamples has a Viola da gamba, and Bolder Sounds a Lute.

OT’s Miroire is a strange animal, conceived more for a Nymaniann idea of baroque than for a pure performance. ERA II is absolutely for fantasy (some of the instruments have a single dynamic layer, and can only be used in typical situations).

I don’t know of any really satisfactory Viol, so much that I prefer to use VSL’s Dimension Strings for them. Cinesamples Viola da gamba seems great to me. Both Soniccouture and Fluffy have beautiful Theorbos. My preferred Baroque Flute and Cornet are the ones from VSL, but Fluffy’s are also very good.

I don’t remember why I preferred to use a modern trombone, instead of the one in Fluffy’s collection. More flexibility, I think. But I did try mixing both to add color.

In my view, what is sorely missing is a set of bowed strings that sound like real strings.

Has anyone here created expression maps for any instruments in Rinascimento? I’d be grateful if you could share with us. Thanks!

Thanks for the tip-off. If I buy it (which is quite likely), I’ll certainly be making some maps, but it looks like it’ll be a piecemeal process. Also, once bitten by NI’s Symphony Series (in terms of keyswitch implementation), I’d be cautious about how shareable they’d be.

Good to know, perhaps we can share templates with each other and here. My big uses will be baroque guitar (or other strummers), recorders, lute/theorbo, and likely the hurdy gurdy, viola da gamba and organ. Oh and percussion. Rinascimento is one-stop shopping for the period instrument ensemble I’m writing for! I keep trying to put it together piecemeal but it’s driving me crazy with so many VST hosts.

Re. Keyswitches, why does that make it harder to share? Are CCs more universal? Or do playing techniques not support keyswitches? I’m very new to expression maps etc.

The thing with Symphony Series is that they have more keyswitched sample sets than keyswitch slots, so you have to pick the ones you want, which can get messy. The Cremona Quartet has four times as many slots, but its still not quite enough.

For Rinascamento (which I rushed out and bought), I doubt the same difficulty will arise, since by the look of it there are only two or three articulations per instrument.

Here’s a stab at a viola da gamba.

Tbh, that was pretty painful.

The experiment only fails if you learn nothing! Thanks!

James, I thought that sounded quite nice - but - as I don’t have a particularly educated ear, what was wrong with it?

Once the (16ths?) faster notes come in around 20 seconds in they are all muddy and overlapping. The slower rhythms do sound fine, however.

Yes, that’s down to my choice of articulation. It’s an Orchestral Tools SINE Player instrument, so I tried one of their Legato samples for the legato passage, but that may be a mistake.

I also bought Rinascimento. Lots of lovely samples! The strumming and hurdy-gurdy trompette players are exactly what I needed.

I do wish they had recorded trills and other things. But I like that we can create our own articulations. Just need to learn a bit more about how this is programmed and then get under the hood in Kontakt.

Is there a manual somewhere? I can’t find one!

FYI the Ben Osterhouse Viola da Gamba is gorgeous, I might see if I can combine it with the Rinascimento gamba somehow.