I’m wondering what you use for editing metadata? Anything that incorporates pictures/thumbnails is preferable but isn’t a dealbreaker if it doesn’t exist.

Well Soundly is free (up to 2500 personal files) or you can get a paid account. Or buy Soundminer and be done with it, it’s THE database software for sound fx.
You can edit metadata in Nuendo as well, but there’s no batch editing and limited to BWF and iXML fields that Nuendo has not updated to current standards…

Or buy Soundminer and be done with it, it’s THE database software for sound fx.

The only problem is that (big part of) the metadata is encrypted, so it can only be read by Soundminer.

IMO Basehead is a much better choice.

@Fredo this is no longer the case. soundminer embeds metadata in ixml now and so it’s no longer encrypted. they have (wisely) changed course on the encryption and focused on adding on the Radium sampler to attract new customers… which is working.
Basehead is an alternative but i see some people cross grading due to issues that never get fixed. Whatever you choose: first figure out what you need and then compare products. All of them are available for demoing.

his is no longer the case. soundminer embeds metadata in ixml now and so it’s no longer encrypted.

That’s what I call good news.
In that case, choose the tools that suit you best.

Thanks for the helpful direction

In regards to the 2500 personal file limit, is there a way around that? Such as, can I import 2500 files, make the metadata changes, then after exporting/copy-pasting those converted files somewhere else, empty my soundly account out and start fresh? Or is there some kind of database where they keep track of your import history?

hi. you can reset your local database and then all database references are gone. this way you can switch between ‘databases’. so yes you could easily work on 2500 assets for a game, finish it and then import another 2500. be aware that soundly is in no way a complete metadata editor, it has it’s nice touches (USC is implemented) but also it’s quirks. for example. the BWF metadata is not completely overwritten when you add USC data, so Categories are still empty even after importing USC compliant filenames. That’s just one example… it’s not perfect: but hey it’s free!

Hi,
Sound Devices (manufacturer of pro audio recording equipment for film) makes a nice little soft to read poly wave files (multitracks) and edit metadatas.
It free after registration but they dont bother you with spam. 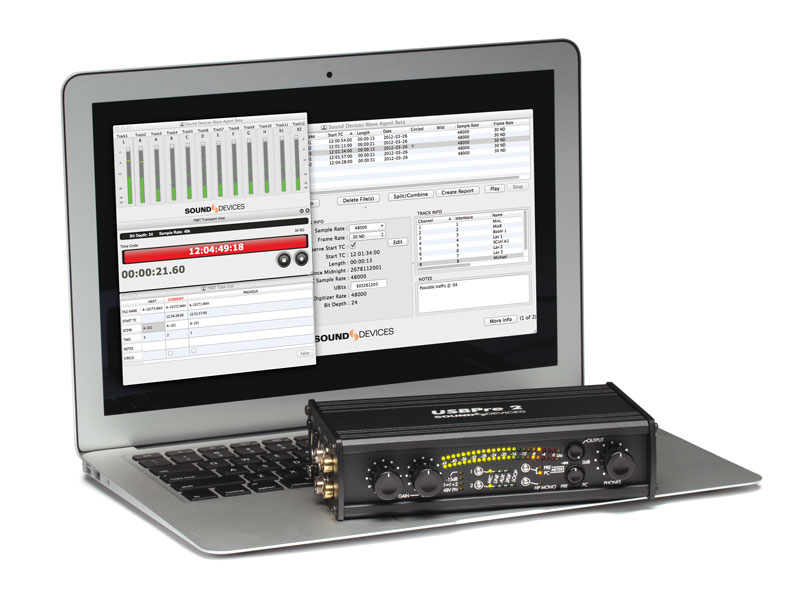 although it’s a nice program it is no longer working very well and imho it does not work as good metadata editor for SFX. it’s great for annotation of set sound and poly wav splitting combining but I have long not touched it due to it’s limited feature set.

Since no one has mentioned it yet, you can edit metadata it directly in mediabay.
It’s definitely not as efficient or capable in that area as soundminer pro, but it can be used to do it.

Anything that incorporates pictures/thumbnails is preferable but isn’t a dealbreaker if it doesn’t exist.

This is not possible in Mediabay that’s why we did not mention it. If i missed a way to embed pictures… please let me know

Does Nuendo 12 allow this? can we do metadata editing in nuendo?

Can you be more specific about what you want to edit, because basic editing is possible. Adding pictures however is not AAIA.

we can do it manually but can we have an incrementation of the socket number for example on 3 digits to be wide. can we have templates with included filming locations

I’m confused: why would you want to add or even edit scene and take names to bwav files?
I would never touch those specific metadata fields, that is vital information.
If you would really want to, get something like soundminer or basehead or maybe waveagent by sound devices ( i think that is discontinued though). Or maybe soundly does it?
But again, i don’t see a reason to mess with scene take etc. Can you explain why?

I would like not to touch it. let’s take an example, I record a day of shooting. we are shooting scenes 23, 44, 12, and 88.
oour scene there were x takes. the wave broadcast file must contain the version of the take. how can i make it happen automatically. I need the time code synchro data, but I also need the character name for each track, the scene name, the take number. should we be satisfied with the number of the audio file which is incremented? I don’t really want to modify the metadata after saving, but rather define them before saving.
Best regards.
Eric

another reason, if I edit the dialogue tracks with autoalign post 2 the rephasing of the microphones will be fabulous. the sound is wonderful. but the cleaning sometimes requires detecting the silences of each track. this function will concatenate the original files into x sliced ​​areas with fade
in and fadeout. except that it creates a bug the track becomes inaudible as if it were mutated. it is then necessary to recreate an audio file from the cutouts. in this case the track is audible again. except that the file no longer has the same metadata and that the take number generated via the track name is not identical even if the replace choice is used. so this alerts me to the metadata. how does nuendo handle this with respect to ADR?