I wanted to enable independent voice playback so that I can export both hands of my piano as separate MIDI channels. Before I enabled it, playback for cross-staff arpeggios would result in the left hand playing first and then the right hand, which made sense since it was a single arpeggio sign spanning both staves. However, after I enabled it, left and right hands would start playing at the same time.

Is this a bug? 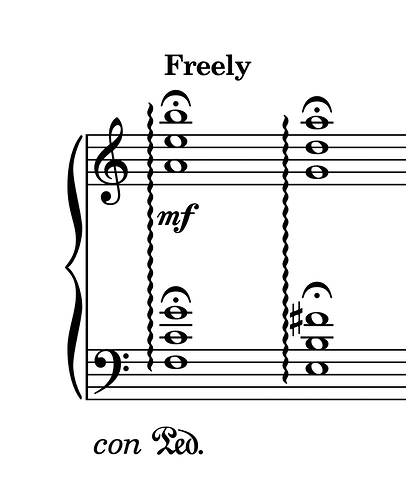 I can’t reproduce your result but depending on how the arpeggios are distributed, whether two voices or one voice spread over the staves (see screenshot), playback does differ. 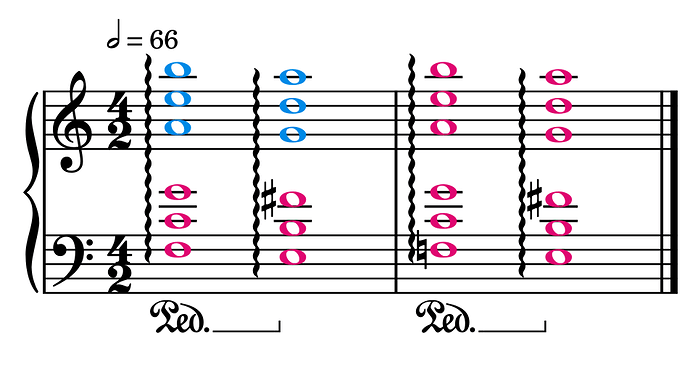 Ahh, so if each staff has a difference voice and we’ve a single arpeggio sign that spans both staves, it is indeed expected behavior - and not a bug - that both voices start simultaneously?

I thought that the bottom voice would start before the top one if you’ve a single cross-staff arpeggio line.

I’m not sure I would qualify this either as a bug or as intended behaviour, but rather as a consequence of the way the features of playing back arpeggio lines and independent voice playback interact. Dorico assumes that all of the notes to be played back as part of an arpeggio, whether played by the same or a different voice, will all be played on the same channel, so it handles arpeggios on a per-channel (or really per-endpoint) basis.