I’m trying to export a tempo track from a session and import it to another one.
File → Export → Tempo Track…
That generates a smt file.

When I import that file on another session, the only tempo imported is the first change, all the other tempo changes get lost.
Anyone having the same issue?

PS: importing/exporting as midi file doesn’t give the same issue.

What if you use “Import From Project…” instead?

Just tried this in my C11 and it works fine.

Hi @dream Do you have different project timecode start times or project lengths perhaps and they are appearing later or earlier in the project than can be scrolled to?

I tested this with ramps and with manual ramps too and it doesnt seem to lose any tempo changes for me here.

Thanks for taking the time to run the test.
Great to see it works on your system.

I’ll check out your suggestion and I’ll start with row empty sessions and see.
Thanks!

No problem! Let me know how you get on. If it is still misbehaving feel free to drop a project or two (perhaps with just rough test midi in) that doesn’t seem to work for you - happy to have a go copying between the projects for you.

I tried few things, and with empty sessions works as expected. When I tried to import a tempo track on one of my templates it didn’t work. It seems it doesn’t work if, in the template, there’s a tempo track already (even with a tempo tracks without any changes on it).

When you have some extra time could you please run the following test and see how it reacts?

Does that work as expected?

IF in my template I delete the empty tempo track, then import the tempo track I exported previously, and THEN, only THEN, add a tempo track, it seems to work fine. So it appears, at the moment, than I can’t do it when another tempo track is present.

Yes there is something strange going on here copying a tempo track (with signature changes) to a new project.

[I noted how easy it is to forget to activate each project as you copy the data across; copy from A, activate B then import]
First experiment

Result - Works Fine - Tempo points are copied across without any problem

Result - Project seems to get lengthened by hours and the tempo data is copied with a huge offset to the signature changes. (images below)

Third Experiment
Then i noticed in this project if i removed the tempo track and then added it again it hadn’t actually deleted the tempo points and they appeared in the correct position… utterly bizarre. Here is a video showing the change in tempo data times… (excuse the poor phone recording) 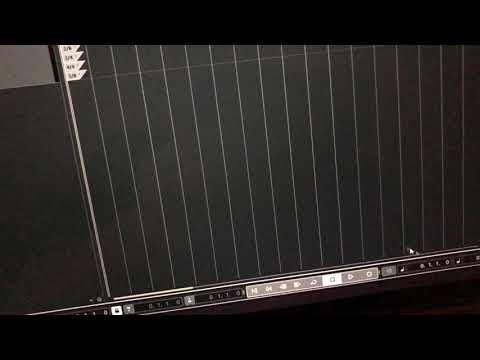 Thanks so much for taking the time and your very precise reply.

I got exactly the same behavior in my system. Weird behavior.

At least we have a workaround.

No problem at all - thanks

Haha - yep, the signatures must be causing the issue somehow.
Can you tag your post for the ‘issues’ forum too at all? (more of a chance of it getting seen by mods/devs I have found)

Absolutely.
Just did, hopefully it worked.

Just ran into this, imported Tempo Track came into new Track Versions on the Tempo and Signature tracks but the line was straight (Tempo) and no signatures but the data was visible in the inspector. Deleting and re-adding tracks workaround worked. Has this been reported I wonder?

I just ran into the same issue here

I tried “import tracks from project”, but though the other project had a tempo track, that tempo track did not appear in the list of tracks there i could import to my current project.

Very bummed … That multistep workaround involving deleting the tempo track and then creating a new one to see the imported tempo did work here as well.

Thank you @ed_ruggers for that great work!

I see C12 Pro has Tempo Tracks and Signature Tracks specifically available to import from other projects, yayy!

glad that helped you and anyone else out Alexis. Let’s see if it’s fixed in import! Crossing my fingers and toes.