External FX is receiving/sending signal, but is inaudible

I’ve been experiencing some extremely strange external FX behavior ever since I got my outboard M7 reverb. Half the time, the device is completely inaudible, despite the fader displaying a healthy signal. How could this be?

See my current project below as an example. I have a guitar sending a signal at full volume to the reverb. You can see that the reverb channel is receiving a signal back from the device.

But, I cannot hear the reverb, and it is not present on any exports.

What’s exceptionally strange is, this behavior is not consistent. I hear the unit other times when working in Cubase. So I find myself frequently in the situation where I’ll work on a mix, set the reverb send levels, walk away, then return another day and the reverb is gone.

I am uploading these screenshots to confirm that the channels “Line Out 1/2” and “Mic/Line In 3/4” are not being used anywhere else: 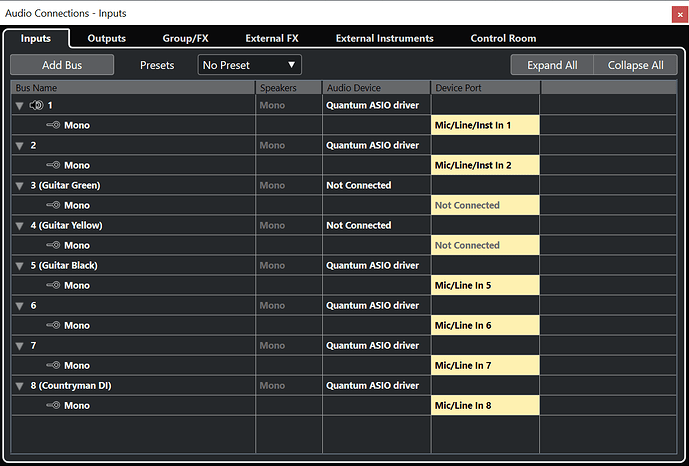 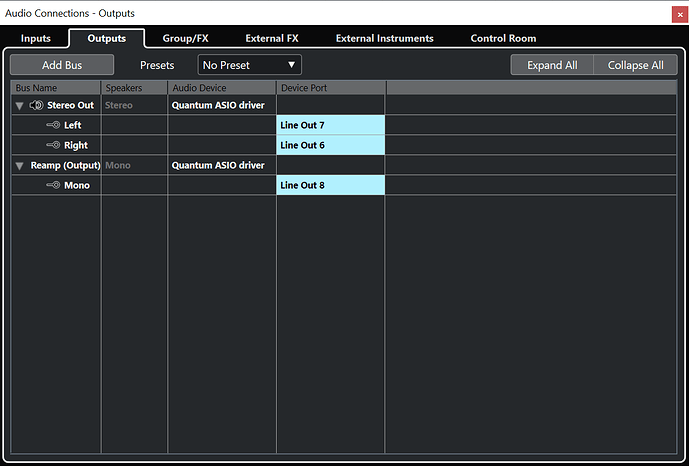 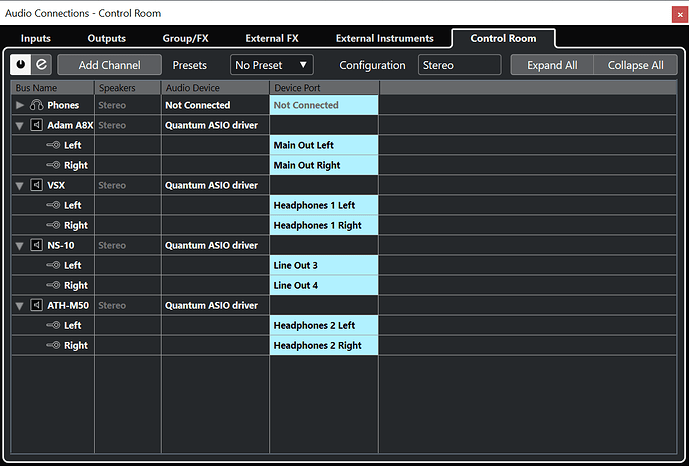 Additionally, I have tried using Safe Mode to control for preferences, and experience the same behavior.

Looking at your first screenshot, I have a problem : there is no audio signals coming in the Control Room. So, could you post a screenshot showing all the tracks involved and, additionaly, also a screenshot of your Audio Connections > External FX pane ?

Sure, here’s with the full mix running. I’d lowered the Ac Guitar track to -∞ and made the send pre-fader to demonstrate.

I’ve also reposted the External FX pane, which was in the original post. 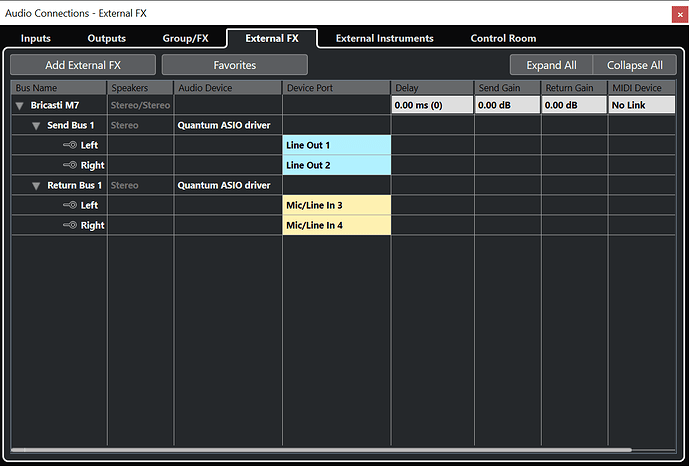 OK. I see that the FX1 Bricasti M7 track has a level close to nothing, despite its fader set to 0 . Any reason for this ? How is the Bricasti set, output level related ?

That’s just the reverb level decision I arrived at last time I used the program and was able to hear it.

If I set the guitar’s Send level to 0.00 and Pre-fader, the reverb return level looks high, as expected, but is inaudible.

Beside this, have you checked the gain level of the Mic/Line 3/4 inputs ?

I’ve corrected Stereo Out to be set to Not Connected.

I’ve also adjusted the gain level of Mic/Line 3/4 - both the preamps on my interface, and the settings of the FX. 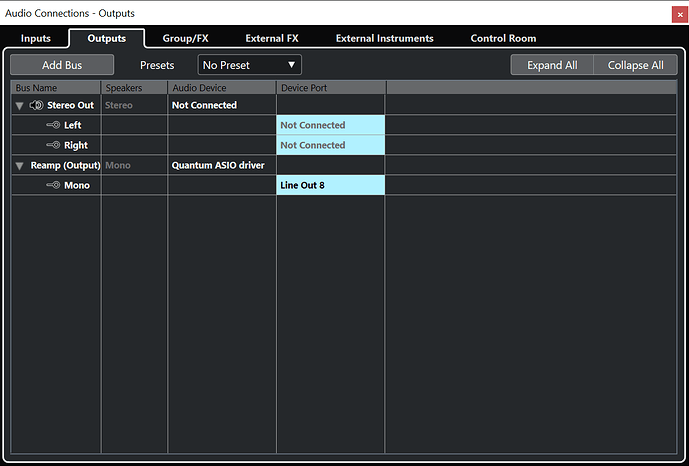 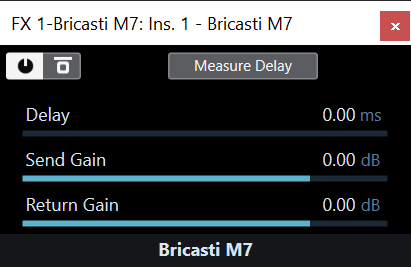 OK. As the issue isn’t consistent but persists, I begin to think that there is an issue with your preferences files. Could you try to close and restart Cubase in ‘safe mode’ ?

Sure, I can. As noted in OP, I did try this earlier and had the same results, but I’m happy to try anything you think can help.

I booted Cubase in safe mode, set up my routing again, deleted the FX track and re-added it, patched the guitar into it - same result.

Actually, I have no other solution : I simply don’t know what’s going on with your external FX. Check again the routing : maybe something isn’t set as it should be.

If not the case, I’m sorry for the dead end…

I appreciate the effort man. I’ve had this issue for months and it’s definitely driven my sanity meter down a bit. The inconsistency deals the most damage I think. Been laying on the couch staring blankly for a half hour or so now.

@ahorsewhocandrive have you tested in a project where the only thing connected is this external unit?

Yes; before I edited it with the practical example, my original post was a demonstration of that. Same behavior.

Thanks for the help everyone; found out the issue was with my interface.