Good morning, and sorry, this is only partly a Dorico specific question.
If I add a title for an English speaking region, how would I correctly call the key of F-Major (in a way, also a musicologist would approve of…)?
F Major
F-Major
F major
May I - at the same time - ask for the minor versions and the B-Flat/E-Flat combinations?
Thanks a lot.

A good question. Practice has changed over long periods of time. There are endless controversies and differing opinions about capitalization or otherwise of major and minor. But generally speaking now, in the English speaking framework it’s capital for the scale degree and lowercase for major or minor.

and you can use the flat/sharp symbol instead of the word if you like.

There’s no ISO or other international standard for this. Do note that German speakers use a quite different convention, but you asked about English specifically. The trend over time has been toward greater simplification, and what we have now is simple and uniform. But because there is no standard, people will still argue about this, and in the end it comes down to you or your publisher’s house style. The old idea of distinguishing major from minor with different capitalisation is definitely dead, and would mark you as anachronistic.

I have a very learned page on this somewhere, but I will have to dig it up! Standby.

You can see this contemporary usage in this page as an example:

Finally, I have never seen hyphens used, and it makes it hard to read, and provides no extra meaning or semantics.

But as far as ‘acceptable to a musicologist’ goes, I would have to say that the word from Yale University outling what I have said, and aslo showing the different German convention is appropriate:

Not much more to say!

Thank you Andro, I will go with F major, as suggested

No - he is talking about titles, not chord names or notation as far as I can see. Using just a letter in a title is deprecated, and referring to the stack echange thread you can see that doing that leads to ambigutiiutes suchs as ‘a minor’ which can have two meanings in English depending on context.

Quite right. F major and F minor are correct for titles. Though F maj and F min would also be allowed.

May I - at the same time - ask for the minor versions and the B-Flat/E-Flat combinations?
Thanks a lot.

min and maj are acceptable abbreviations (cf Moll and Dur)

Lower case ‘f’ is meaningless on its own.

Take the trouble to use a proper Unicode flat symbol not a b in fine typography.

For titling using the full words is preferable to abbreviations. Beside, the letters ‘o’ and ‘r’ don’t cost any extra!

Depends on house style. Most commonly I’ve seen F Major. If there’s an accidental it’s always hyphenated: A-flat Minor. Whether major/minor is capitalized depends. Sometimes I see Major capitalized and minor lower, but more commonly all one or the other.

In German “Dur” and “Moll” are nouns and are therefore capitalized. Major keys are usually capitalized, minor keys are small: C-Dur / c-Moll (with hyphens). I think the reason for the upper- and lowercase characters are the major and minor thirds. It’s also common to just use a single letter such as “C” or “c” for C-Dur or c-Moll.

As an aside, I’m a fan of this practice in chord symbols too. I’d rather just read C or c rather than Cmaj or Cmin. It makes for fewer characters and is just as clear. This is partly why I love the Dorico system for entering key signatures.

Using just a letter in a title is deprecated

Interesting to know who is deprecating what

Alberto_Maria, please don’t be confused: in German „in B“ actually means „in B-Flat“ (si bemol).
This editor (Bärenreiter) tries to establish the Italian style nomenclature „in G“ „in g“ and so on, but this is just one of many …

Exactly @k_b but as you can see from the first example, where there is no B/H German doubt (as there isn’t for F), the c is more than enough for C minor and not deprecated at all for a title!

I’m confused about many other things, by the way!

Hi @Alberto_Maria but the OP asked specifically about English. Those examples are a German edition. And you can see the German convention in the Yale convention published above.

I am actually quite relieved, that there are so many variants and no “world wide standards”…
Even in the 19th Century, when a lot of publishing houses established a way of quality Engraving we try to follow with computer notation, they used all variants possible.
I checked - as an example - Brahms piano quintet in F minor
Eulenburg F-moll
Peters f-Moll
Breitkopf f-moll
and so on, there is no end to the variants and creativity…

But this is of course Off-Topic now, as I initially was interested in how musicologists would name the keys in English.

Yes @Andro , as you like, but I can assure you I have tons of English and American publications where the short convention is used in titles.

Anyway, for sure, being more precise is always better, in any form, especially in papers or in conversations (where it’s compulsory

In titles of works, standard “English” use is capital letters throughout, and assuming ‘major’ unless explicitly stated.

What could be more English than Service Lists for Choral Evensong? 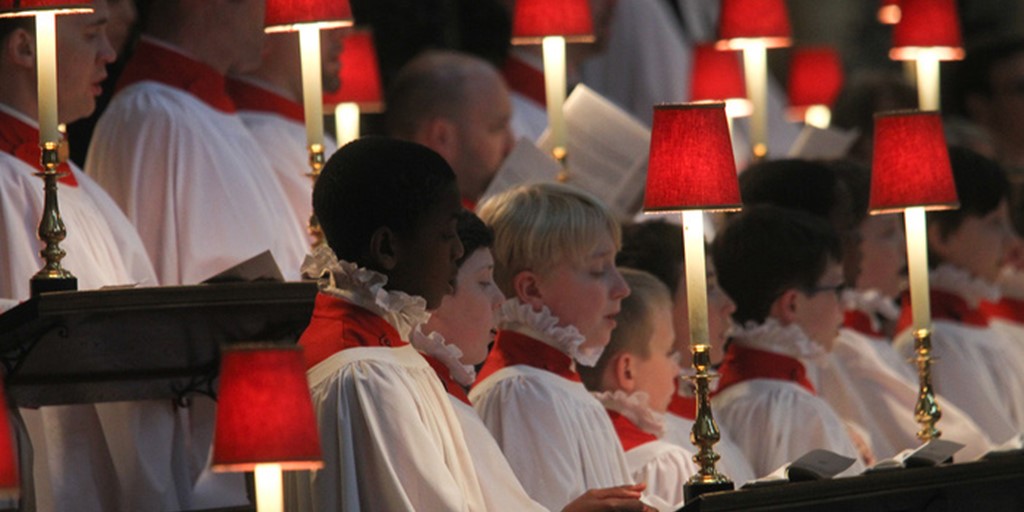 Services are sung daily during term time by the world-renowned Choir of Westminster Abbey, and by visiting choirs when the Abbey Choir is in recess.

That’s the convention for Canticles. But do observe they use full names for Bach and Dupre and so on. Yes that’s a very old Anglican usage.

Organ works are treated the same, e.g.: Parry, Fantasia and Fugue in G.

Curiously, I can’t find where Elaine Gould addresses this. I’ve looked through “front matter” and any other term in the appendix but nothing seems to reference any conventions here. I’d love it if someone knows a page I’m missing, however.