So, I’ve run into a tiny conundrum and in trying to sort it out, I may have also stumbled upon a bug.

If you’ll notice in the picture below, the 3 in the second set of figures is offset from the 7 and 6, presumably to line it up with the flat in the previous figures.

I don’t mind the flat being offset, because obviously it needs to be, but I’d rather not have it for the rest of the system on figures without accidentals. I’ve tried adjusting the Line 3 Y offset in the properties panel in engrave mode, but it doesn’t seem to change anything… So, my next thought was to fiddle around in the engraving options. Under Collision Avoidance, there’s the option to “move accidentals,” which I thought might help some, but upon activating it, I get this:

I’ve restarted, but that doesn’t fix it. I suppose I haven’t tried reinstalling… but I’m in the middle of a project and I suppose if needed I can check that out later. I’m wondering if this happens for anyone else though? And if so, I wonder if anyone has any thoughts about how to solve my first issue? Thanks!

There is a setting for the Scale size of the accidentals in the Bass Figures in the Advanced Options, which is designed to help this sort of thing, in conjunction with the setting for the general line spacing.

What font are you using? The option for how to handle accidental collisions uses different glyphs to achieve the result.

I don’t mind the flat being offset, because obviously it needs to be

I would very much mind having FB accidentals that were twice as big as they should be! They should be the same height as the figures IMO. Otherwise “7b” or “4#” look silly.

Ah, great, I was looking at the wrong advanced options for scaling. That helps some, and the setting for spacing between rows works (though in this particular case, it doesn’t quite achieve what I need, but it’s not the end of the world).

As far as what font I’m using, I haven’t changed any defaults on this document (though I may have at some time in the past… can’t remember, but everything is currently default), but the problem occurs even on a new document. That being the case, if you’re unable to reproduce it, I imagine a reinstall will fix it. I’ll give it a go after I’m done with this project.

This is what you get by default with the original default fonts. (Well, I had to change the engraving option to show just b and not b3).

Your flat seems to have a longer stem than the one in my attachment, as well as the overall size difference.

Hm, weird. Yes, even when I open a new blank document, my flat has that long stem. I just noticed that there’s a version 3.5.11, and I’m still on 3.5.10. Woops. Maybe that has something to do with it… If not, I really don’t remember changing any program-wide font defaults for figured bass. Can you even do that in the first place?

I’ll report back after I have a chance to update if that doesn’t fix it.

AFAIK the only difference between 3.5.10 and 3.5.11 was a fix for a problem with the e-licencer. No change to Dorico itself.

Regarding fonts, interesting. I have the exact same settings in Font Styles. I had the momentary thought that it could be a music symbols thing, but changes to those don’t carry over between documents, right?

That said, in the figured bass section of music symbols, which I can almost guarantee I have not even thought about touching, this is what I’ve got: 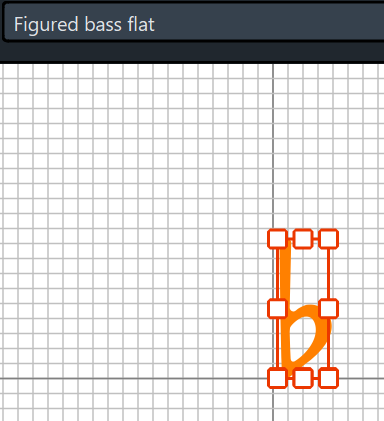 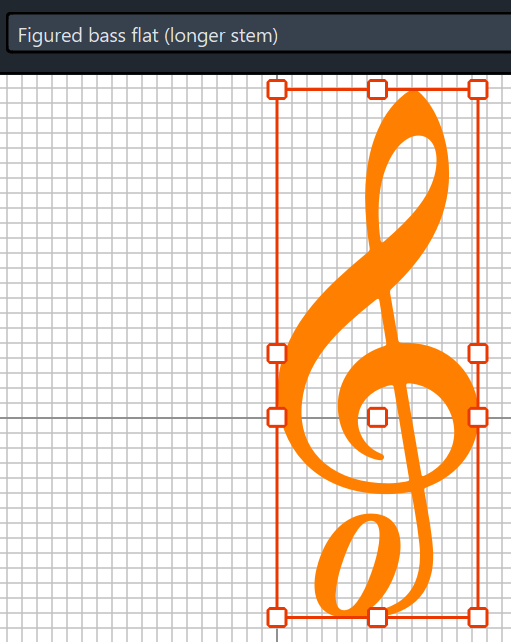 The rest of the “longer stem” accidentals are all funny clefs as well. I’ll cross my fingers that this is some sort of a font installation issue and that a reinstall fixes it.

I would try a restarting your PC before you try a reinstall.

Oh yeah, already tried a restart. That was as far as I was willing to go while in the middle of things, lol.

That did it. Somehow, despite not doing anything funny that I’m aware of during normal updates over the past however many months or even a year, I was on version 1.310 of Bravura. I wanted to make sure I didn’t mess up any of my user settings or anything, so first I only tried updating to Dorico 3.5.11, which didn’t fix it, but uninstalling Bravura from the system (without uninstalling Dorico) and then reinstalling 3.5.11 did. Thanks, all