I just started working with Google Drive for Desktop and Cubase 11 - and now problems have started popping up.

I use “Google Drive for Desktop”, which syncs my Cubase projects folder to my Google Drive folder. This seems to work just fine. All my data is backed up automatically as I work and no problems seem to occur (except for when I record something and then delete it again immediately if I don’t like the take - this seems to create some sort of hiccup and Google Drive pops up with a message saying something like: “the file has been removed before it could be synced to Google Drive”. No biggie really).

But here’s the kicker: I work on two different (but identical) setups: one at work at the office and one in my home studio. I move projects between the two computers via Google Drive and now my Cubase projects are acting up. When I try to open projects I created in my home studio on my workplace computer, it loads fine, but Massive X doesn’t load the presets I’ve used and just loads with the “init”-preset and none of my Kontakt instances load the libraries. There are no error messages popping up or anything. Things just don’t load as they should.

I just recently started using this automated backup system. Before this, I manually dragged the projects to my Google Drive and it worked like a charm (but it obviously had some flaws: etc. if I forgot to copy the projects to Google Drive at the end of a long workday at the office, I wouldn’t have access to them at my home studio when I got home. Plus, when I DID do it manually I would have to wait up to 30 minutes before it finished uploading all the data because it hadn’t been uploading it as it was being created).

Has anyone experienced the same behavior when using Google Drive For Desktop? Or perhaps you can point me in a direction to where to look for some weird setting that I need to tweak for this to work?

This setup is not supported. And I would strongly recommend to don’t do this. Google Drive is good for backup, but not for real-time operations. There are a known issues (even crashes) with this setup.

I’m a bit confused, what “isn’t supported”? I still work off my local disks on my desktops.

Google Drive is just mirroring my local Cubase Projects folder that is on my desktop. Everything that is in that folder is being copied and uploaded to my Google Drive. How can this be a problem?

I’m using this solution because thats the solution my workplace has chosen.

Then it should work.

To your issue, the presets is (most probably) not stored in the project, but it’s stored somehow localy, probably somewhere in the NI folder.

Yeah. But it’s not the presets and libraries themselves that are missing. They are just not loaded up on the different instances of Massive X and Kontakt when I open the projects on my workplace computer.

Well. I guess I’ll just have to manually copy the projects to my Google Drive since there never was a problem like this before I started using Google Drive for Desktop.

Anyways I hadn’t really looked at what Steinberg VST Transit was all about and now you have me looking at it. So at least there’s that to gain from this situation. Thanks!

I wouldn’t do any SYNC here, just drag and drop your Projects folder onto the good drive after you are done for the day

Yeah. But it’s not the presets and libraries themselves that are missing. They are just not loaded up on the different instances of Massive X and Kontakt when I open the projects on my workplace computer.

Are the paths to the presets identical on the two computers? If not change one to match to see if that solves the issue.

Just use git (with large files support), save your used presets explicitly within repo

This is what I used to do. And sometimes I would have to wait up to 30 minutes before everything was uploaded. Not ideal. It is way less time-consuming when Google Drive syncs automatically.

Yes they are. And I never had any problems with presets and libraries not loading. The problems just began to occour when I started using Google Drive for Desktop instead of just manually dragging the projects to Google Drive at the end of the day.

I’m not quite sure I understand what you are talking about here.
Git wouldn’t really solve this problem as far as I can tell?

I just need to back up all my Cubase projects on Google Drive. Preferably this should be an automated process, which I’m pretty sure Google Drive for Desktop could do.

My workplace (a computer games company) is using Google Drive to backup and share data between coworkers. We used to use Synology Cloud Service as a backup and this worked like a charm for me, but the whole company has changed to the Google solution which is why I now try to get this to work.

I have been told, Perforce is the best solution for audio.

Had to look them up. They look like a pretty big company with a lot of different products. Is one of the Helix flavors what you’re bringing up? Their big thing looks to be version control of software, and they offer git and svn solutions. But I see they offer Virtual FIlm production and Game Production solutions too. Looks like the Nuendo crew would play well with these guys.
https://www.perforce.com/solutions/virtual-production-software 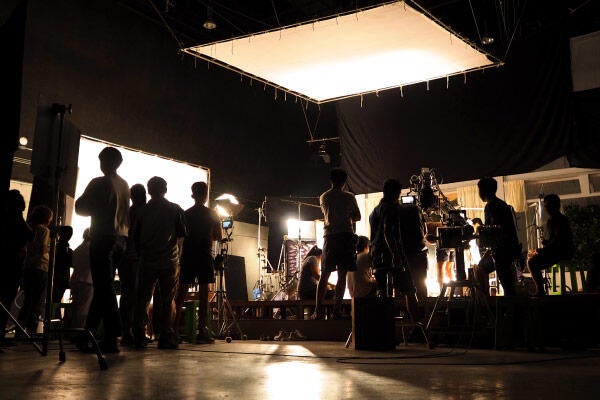 Leverage the Power of Game Engines For Your Team | Perforce Software

Want to bring your story to life? Game engines — like Unity and Unreal — are at the core of developing photorealistic environments and immersive experiences.

Ah, when you click the Get Free SW on either, it takes you to a download for their Free version of their Helix Core SW.
That looks like it could be applicable.

Looks like the Nuendo crew would play well with these guys.

Perforce has been quite common in game development for ages. It’s a bit of a beast though and I’m not sure it’s feasible to just set up at home.

Well it seems to me you do not need a backup, you need two places to work from. Backups are about archiving and restoring in case of some incident.

I need both, and I can’t see, why I can’t use the same service for this?

To your issue, the presets is (most probably) not stored in the project, but it’s stored somehow localy, probably somewhere in the NI folder.