I have had a life-long clinical chronic anxiety condition and so it’s often hard for me to be able to concentrate for long periods. It’s one reason I have too many unfinished compositions—something I want change.

And why parts of Cubase settings can be a bit overwhelming for me to figure out on my using on-board documentation.

So it has also virtually impossible for me to try to “translate” or mimic some of the posts and tutorials addressing sync that I’ve seen online for Cubase and far later Korg models (Trinity was a breakthrough in its time, 1993, but it’s a relic now).

I also don’t use any synth progs like Omnisphere or on-board VST instruments in Cubase. Otherwise put, here is my understanding of what may need to be done for what I wish to do:

Creation of BOTH MIDI and Audio tracks in Cubase whereby only the analog audio tracks would record the music tracks generated by the Korg’s sequencer. Due to limitation of my audio card, I’m aware that I have to record each used track in the sequencer’s songs - one at a time.

From what I’ve seen online this may also require the creation of the Trinity as an Instrument as well as and/or instead of and/or in conjunction as a VST instrument. Whatever would be the best, bullet proof set up.

Ideally, I would like to be able to hit Play in the Korg’s sequencer at bar 001 and have it trigger record in Cubase, then hit Stop and recording would stop in Cubase. That may or may not be possible, so…

If not, the mission is that ALL the in-Cubase recorded audio tracks line up or start at the exact same position (or chosen cursor position) as they are in the sequencer. That is, being MIDI-accurate - with NO latency.

Which is why it is my understanding that one HAS to create 16 corresponding MIDI tracks in Cubase even though they won’t record anything.

Below included are what I am guessing are the places as they are now in Cubase where some of the necessary settings are to be done - or included as FYI if needed. There may be other/s, if so please include in response.

The two screenshots from my Trinity’s Global and Sequencer windows are poor quality but should be sufficient for instructions to be offered on how to set Global for the desired setup.

I thank in advance anyone willing to offer effective and easy to follow step-by-step instructions. 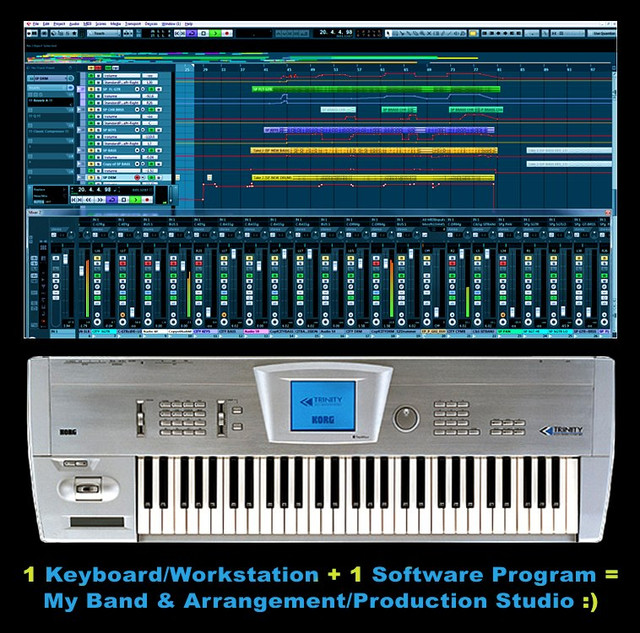 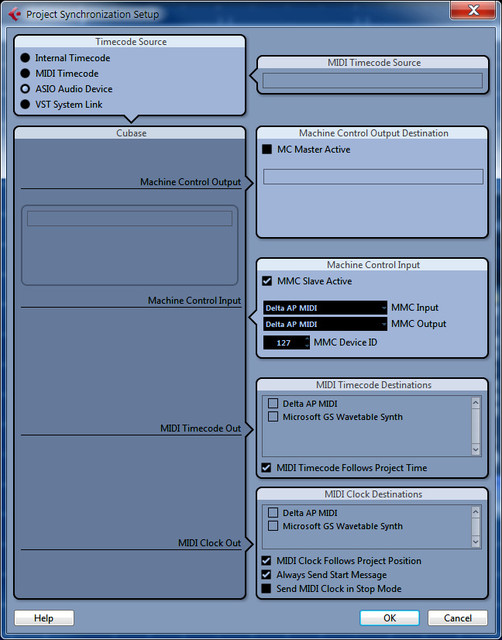 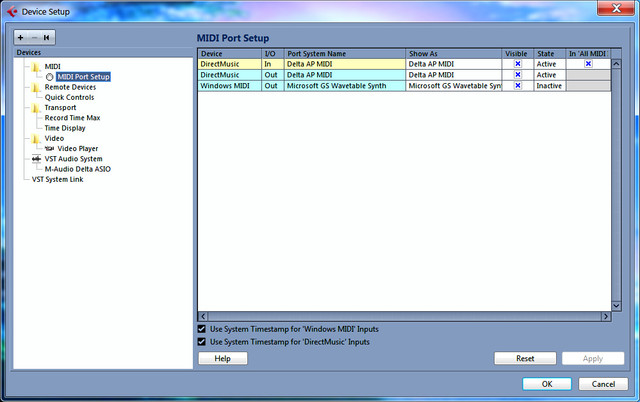 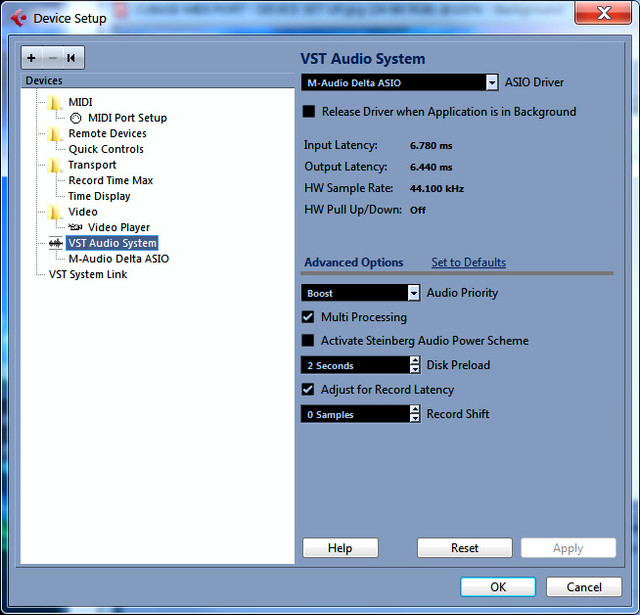 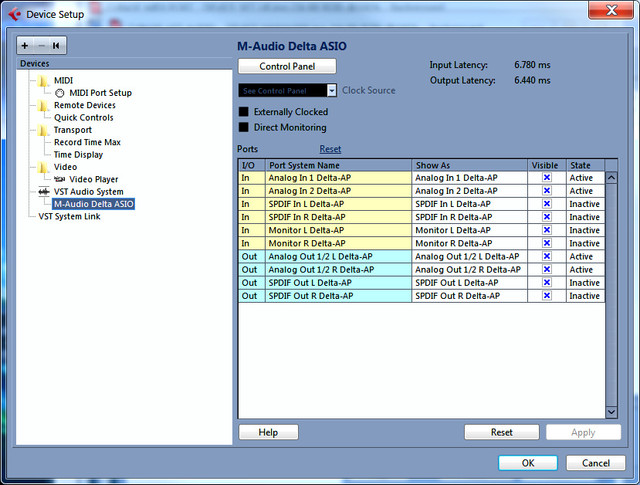 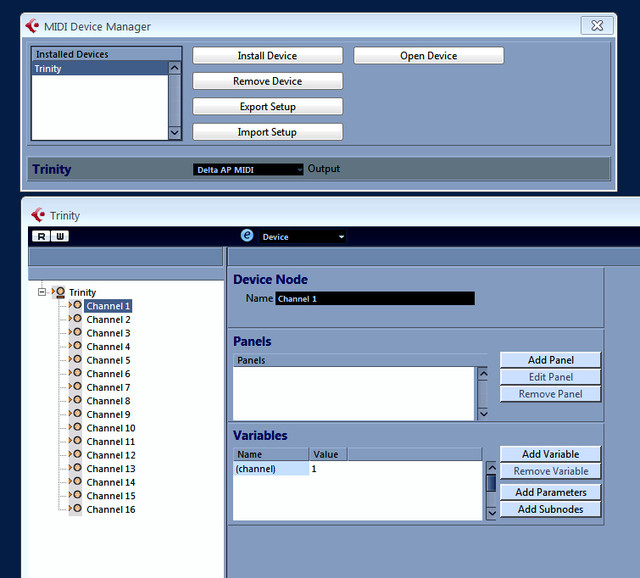 (Note: The immediate image above is a combo of the MIDI Device Manager window + what shows up when one hits “Open Device” in the left side of that Manager)

(Note: The immediate image above is a combo of the MIDI Device Manager window + what shows up when one hits “Open Device” in the left side of that Manager) 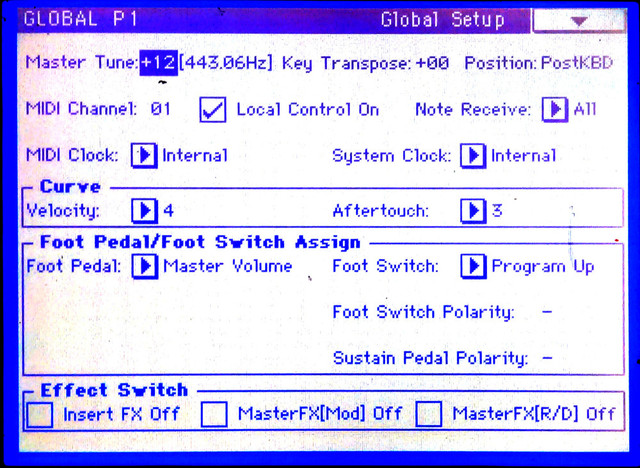 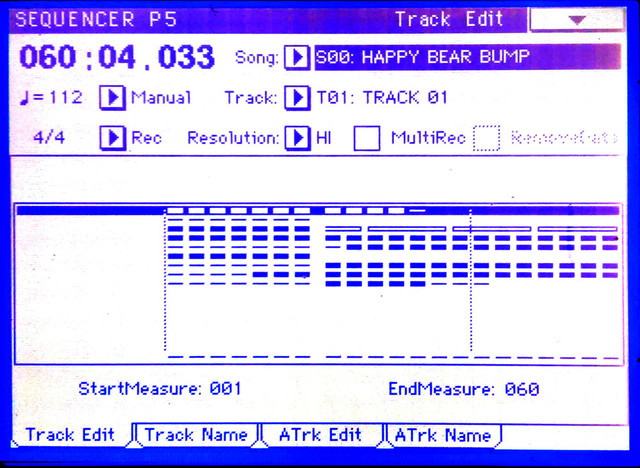 Bump. Though considering the age of keyboard and my Cubase being 7 years old…

…probably slim no nil chance anyone will respond to my OP. So if I can’t figure this out, I’ll have “sync” the old way - set Cubase track ready to record and hit the Space bar (start record) and my sequencer’s ST/SP (Play song) as simultaneously as I can with each hand.

I’ve gotten pretty good at winging it over the years manually re-arranging some MP3 by other artists that I bought (removing verses or repeating them, choruses others, etc.) just by eyeballing it. No tempo tracks, etc.

So if I get no help on this set up, I’ll have to rely on my eyes and ears on my own compositions too.

At age 64, still have a pretty good ear.