How can I hide empty measure rests in 1 part only? The checkbox in Layout options hides rests in all movements of my piece.

I’m not sure if this is the best way of doing it, but it worked for me.

Go to the part (layout) and select the bars rest. Open the Properties panel and make sure that Set local properties (in the top right-hand corner of the panel) is set to Locally. If it is set to Globally, it will make the changes in the full score layout as well. Under Common (far left in the Properties panel), click on Color and the little square patch to its right and set Opacity to 0%. This should make the rests “disappear”, even though they are actually still there. De-select the rests to see the result.

I use this method when I notice that deleting or removing a notational element will affect the position, behaviour, stem direction, etc. of what remains (it can happen generally if the music contains more than one voice and/or is very busy/full).

This doesn’t work with Monochrome PDFs.

In that case, select the rest(s) and set the Custom Scale property to 1%.

This doesn’t work with Monochrome PDFs.

I assume that is what happens when using Dorico’s own printing setup. On my Mac, when I printed to PDF using the standard printing setup provided by the OS, it worked fine.

Did you print from a PDF or directly from Dorico?

I tried the various methods of printing on paper and exporting/saving to PDF, with the following results:

The hidden rests (ie those with Opacity set to 0%) were not hidden when
exporting to a mono graphics file (PDF in this case) through Dorico - Print > Destination > Graphics > Mono > Export.

The hidden rests were hidden under all the other methods I tried, namely:

It sounds like you got what you need, but for anyone finding this thread who’ll be using a commercial print shop and whose score doesn’t contain colors other than black, you should export a monochrome PDF from Dorico to get 100% “K” black. 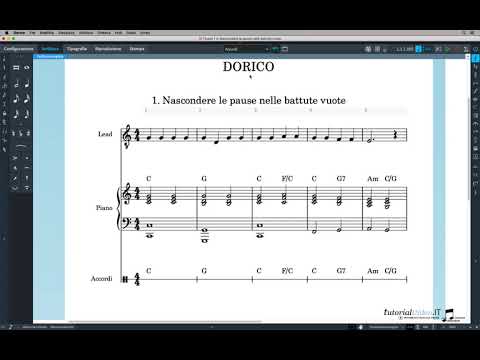