How do I add more than 16 midi channels on Cubase

I have been having issues with adding more than 16 channels of midi tracks on Cubase. The VST I’m using is Kontakt. Like you see in this picture, I was only able to choose channel 16 but do not have the option to select 17 or higher?
So sorry that I’m very new to the program!! 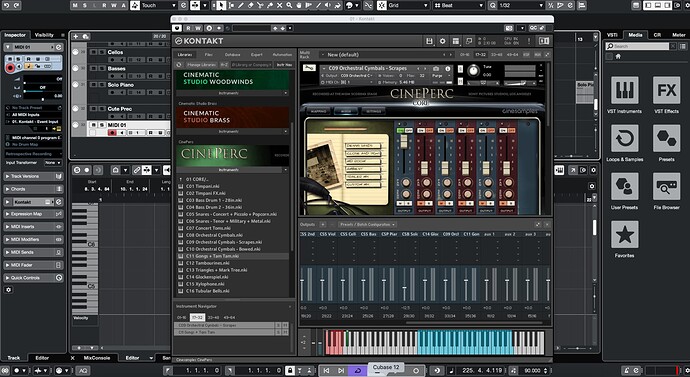 This is a limitation of the MIDI standard. There’s only 16 MIDI channels, and to use more your synthesizer has to expose extra ports.

The plugin version of Kontakt only supports one port, so it has a maximum of 16 MIDI channels per plugin instance.

For reference, Halion 6 supports 64 MIDI channels at once. This is what the output selection looks like for it: 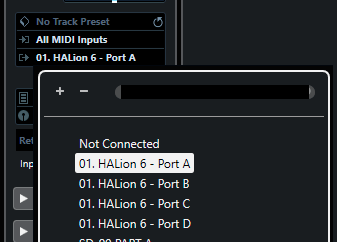 Note that most people just use one instance of Kontakt per instrument, or use each instance for layered sounds. This allows Cubase to distribute the load between CPU cores a lot better than Kontakt can by itself, but it has the downside of using more RAM.

Thank you so much for your reply and help!
I’ve heard of people using VE Pro to open more ports? Is this true?

Not quite. VE Pro is a plugin host that’s intended to be run on another computer, separately from your DAW, as a way to greatly expand how many plugins and libraries you can have running in a project at once. It supports 48 MIDI ports per instance (768 MIDI channels), but the limitations of the plugin version of Kontakt remain, so it’s no different from just running Kontakt from within Cubase itself. You still need to use multiple instances of Kontakt to use more than 16 MIDI channels.

That’s really good to know. Thanks so much for your knowledge!