How do you realize this configuration of the score?

Good morning everyone, in a video tutorial by Mr. Anthony Hughes of 10 May 2022, in the end you can see this type of score of the score.
I need information on the procedure for creating this score, since I was asked to format the score at the beginning, just in this way.
I did several tests, but I haven’t succeeded yet.
I attach the final image of the video where you can clearly see that Mr. Hughes managed to hide the pentagrams of all the voices, except those of the bass.
How do you get a score with this result?
Is there a tutorial where is it explained somewhere? 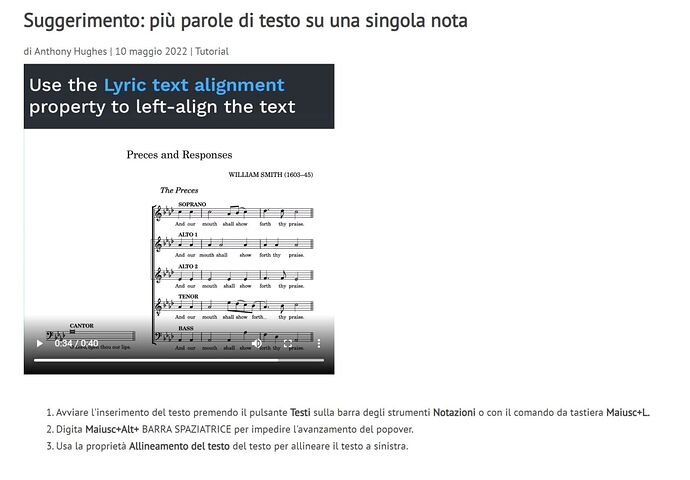 I suspect Ant probably used a separate music frame and chose to show just the cantor player in it. (By which I mean, the “Cantor” section is in one music frame, and then in another music frame next to that, like a column, the rest of the ensemble is shown.)

There’s a walkthrough for this sort of thing that Daniel wrote a few years ago – some of the details about where to access the functions in Dorico have changed since then, but the underlying idea remains the same.

In this post I’m going to share the procedure to put together a performing edition of a set of Preces and Responses, based on the text of the Book of Common Prayer. The Preces and Responses are part of the choral evensong service in the Church of...