How many ohm's headphones can the UR22 MKII (MK2) Interface drive?

How many ohm’s headphones can the UR22 MKII (MK2) Interface drive?

according to the tech specs within the user manual, the UR22 mk2 has a max output power level of 6 mW per channel @ 40 Ohms:

Short anecdote:
about two months ago, I’d installed exactly this interface to a colleague’s laptop, and for testing I’d used relatively cheap Sony Headphones (24 Ohms, closed). They ran quite well and seemed to have enough volume / loudness reserves - albeit in a silent room.

After testing with various other headphones (32 Ohms, 250 Ohms) I wouldn’t want to use any impedance above 80 Ohms with this interface’s headphone output. For anything higher (like 250 Ohms or even more) an external headphone amp seems necessary. Especially if one uses one’s headphones in a noisier and / or untreated environment and open headphones.

It depends on the headphones and the desired volume.

sadly , Steinberg’s spec sheet doesn’t mention any more measurements of the headphone amp output driver(s) other than the power in Milliwatts at a static headphone impedance.

“Dynamic” impedance (alternating current resistance) of the headphone amp output channels themselves would’ve been nice too, since this determines the max. possible current within a given AC voltage range in relation to a headphones’ impedance (the per channel transducers’ impedance, to be exact). What is needed is an effective power measurement instead of just some “street numbers”.

Or they could’ve named the specific driver OpAmp they’re using (- if applicable -) on the interface’s circuit board which would make it easier to look things up without having to measure (most likely it’s not a discrete power transistor design, but I currently don’t have access to that interface so I can’t take a look inside).

Worst “headphone amps” can often be found in low-priced to midrange-priced HiFi amplifiers (or some older preamps, receivers, cassette decks, CD players), where the headphone signal is just being coupled via a simple resistor, a small passive circuit or - nowadays even more often - by some low-grade OpAmp (power hungry, noisy, low slew rate, high THD).

P.S.: on a Russian website there are some screenshots of the UR22 mk2 circuit board, sadly not of the section where the headphone signal is being generated. The unit contains (among some invisible things, and minus access to any schematics):

“Dynamic” impedance (alternating current resistance) of the headphone amp output channels themselves would’ve been nice too, since this determines the max. possible current within a given AC voltage range in relation to a headphones’ impedance (the per channel transducers’ impedance, to be exact). What is needed is an effective power measurement instead of just some “street numbers”.

Julian Krause did the job for us:) 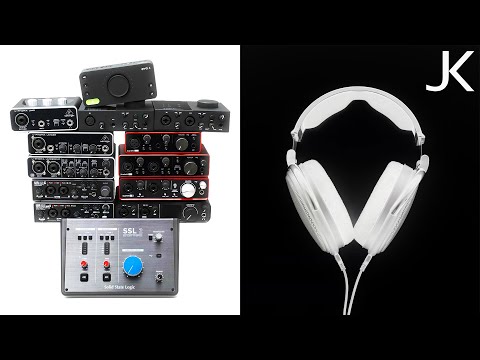 thank you, I’m aware of Julian Krause and his YT channel.

His method may not be 100% orthodox, yet his results are at least better (and more productive, practical) than just the usual opinionated talk (or any advertizing “A-weighted” hyperbole).

If one really wanted to know an audio interface’s electric-acoustic performance plus reliabilty, then audio measurement experts like Thomas Funk (Funk Tonstudiotchnik, Berlin), or a few others from that same “scene”, not only have the measurement experience and skills, but also the finest equipment and proven workflows to really do in-depth measurements on a scientific lab level. Everything else would have to be - more or less - an estimation (backed by more or less limited knowledge, experience, enthusiasm).

However, the most important (practical) aspect will always be: listening (again and again).

I have no idea why you are writing this to me?
Do you doubt Julian Krauses measuerments?

beg you pardon? If you perhaps read again what I wrote - and especially how I wrote it - then that might not leave too much room for speculation if I “doubt” J.K. or not. Since this was not my point at all, and we’re also not in a Western movie where there is only “good vs. evil”. Also, I usually choose my words carefully so as to not put anyone down.

J.K. is a very serious, intelligent and friendly young man. Yet there are engineers who did this kind of work for 30 or 40 years, or even longer. To mention such a fact (or to allude to it) is not the same as “judging” anyone.

Got it, and no Western movie staging, agreed:)

thanks. All is good…

on the other hand… nothing against Wood Eastclint (or what that horse riding super hero’s name is). Hehehe…