How to enable Context gate for monophonic velocity gating?

Hello. I´ve managed to translate the audio recording of a kick drum to MIDI file. I´ve imported it into the MIDI track and it has captured loads of extra notes from bits of other drums (mainly snare drum), bleeding to the microphone which mainly captured the kick. Now, these sounds have pretty low velocity. I´ve figured out, that to get rid of these, what should work is a MIDI gate plugin. I´ve found this Context gate, which seems to be a tool exactly for that in its mono mode set to the velocity gate. But - it desn´t seem to work! On MIDI insert it´s activated, there is this red button that looks like a record arm icon, that says it is “Record output to track”. When it´s off, the track doesn´t play any audio. When it´s on, the track plays all the notes no matter on the Context MIDI velocity setting. Expected behaviour was to set the minimum Velocity to a value, and any note with lower velocity will be ignored, and any note with higher velocity will be played. But it doesn´t do that. Any advise please? Is it wrong tool for gating velocity? Does anything else exist in Cubase? Or is it my wrong setting? Thank you! 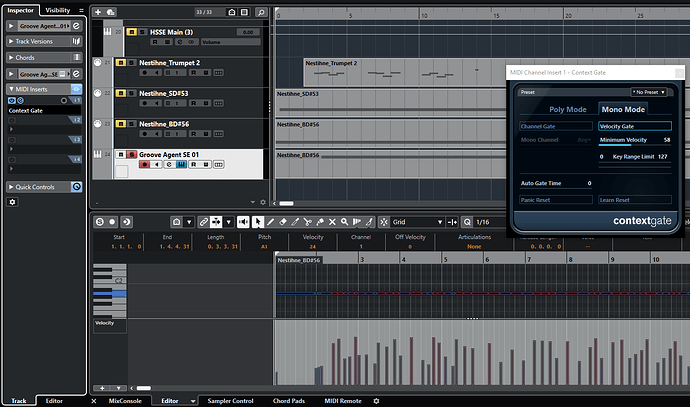 Then set it up to select or delete everything that is below a certain velocity value. In the example I used value 95. 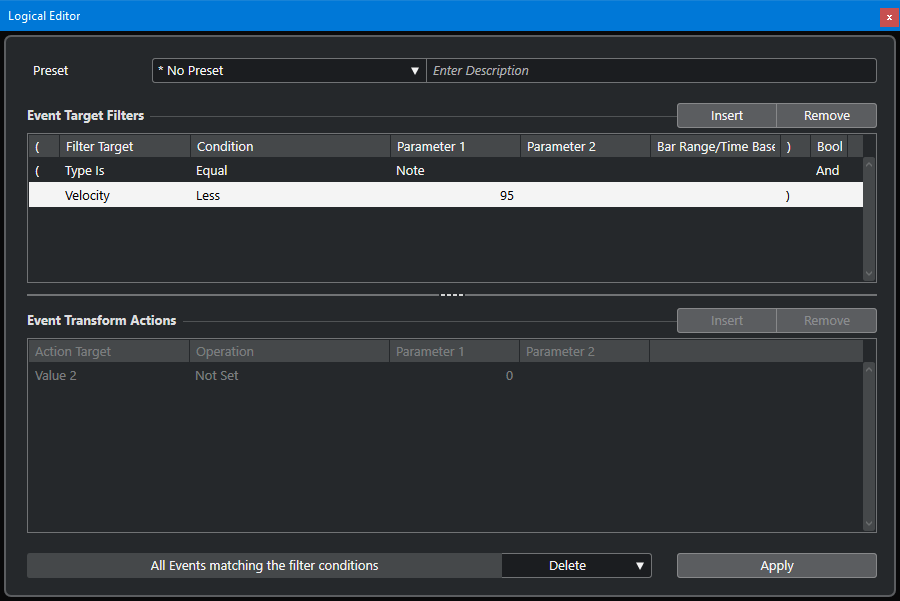 On the bottom I chose “Delete”. However, you can chose “Select” and then, after applying the setting, mute all selected notes (standard key command is m

There are plenty of practices to get midi from audio. One of my favs guided by your example is to duplicate kick channel and precisely EQ those bleedings (snare in your example) or restoration by some of third party programs iZotope Rx etc, than render in place that audio and use hit points in audio editor to isolate kick drum.

Thank you very much guys Johnny_Moneto, Grada, both solution work well indeed, much appreciated!
Btw: Shift+M worked for muting selected MIDI notes actually - on Cubase 12.
Still have no idea what the Context gate is suppossed to be used for actually, but doesn´t bother me so much after you advised how to do what I intended.