I just bought Cubasis 3 for iPad for use in location recording with a Sound Devices MixPre II-series recorder. The MixPre saves multichannel .wav files (polywave). To my dismay it doesn’t seem possible to import these files directly to Cubasis for iPad.

As a brand-new user, am I missing something? Is there any way to import multichannel .wav files directly to Cubasis 3 for iPad?

If not, would it be too much to ask that this small feature be added to the next minor update? This could greatly help quite a number of musicians in the field. Thanks so much in advance.

Thanks for your message.
Cubasis supports to import stereo WAV files.

Thanks for your reply. Could you consider updating the manual to specify the supported files in detail? As mentioned, the Cubase manual (I forget which version(s)) states that multichannel .wav files are supported, and the Cubasis 3 manual states that .wav files can be imported but doesn’t mention any limitations. Therefore I assumed that multichannel .wav files must be supported across the Cubase line, and unfortunately it wasn’t possible to test the import functionality prior to purchasing the app. I actually bought Cubasis specifically to work with the MixPre’s files while doing remote recording; now it looks like I won’t be able to use Cubasis at all.

Would it be too much to ask for Cubasis to support importing multichannel .wav files? Many thanks for considering this suggestion.

Please find all Cubasis features listed on the Cubasis website: 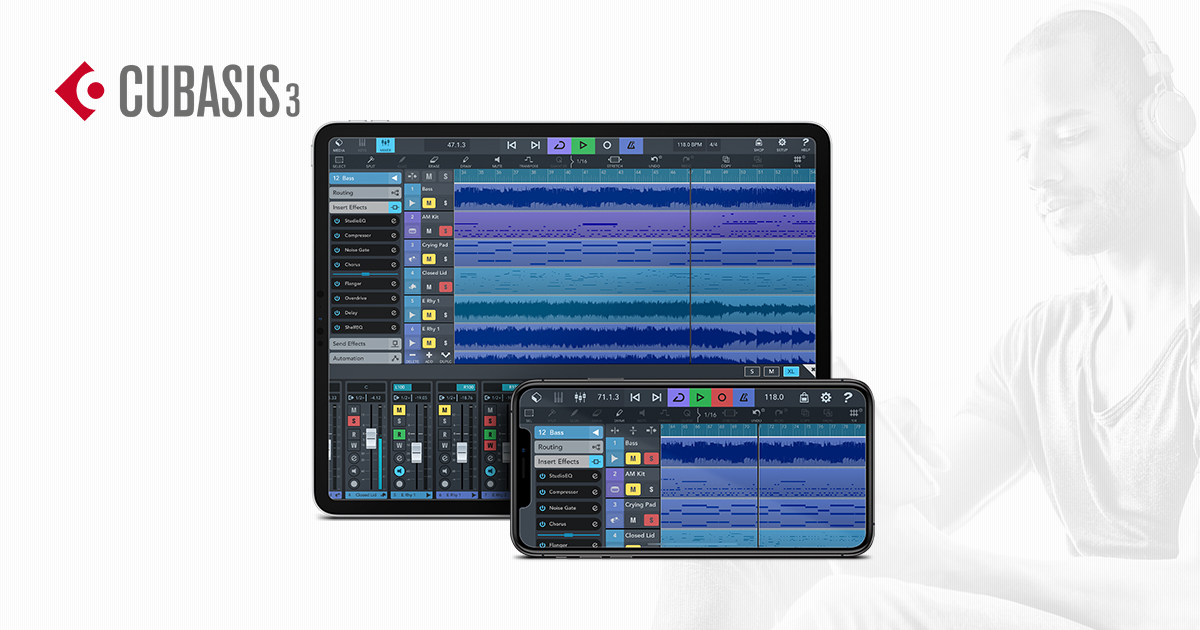 Compare the Versions of Cubasis

Cubasis offers a small and big edition for iOS plus an additional edition for Android. Take a look at the editions’ feature sets to see what suits you best.

I did take a good look at that comparison chart before purchasing Cubasis 3.3. (I think that’s the “big” version for iOS/iPadOS.)

Since this is likely not an unimportant topic, may I suggest making both the manual and the comparison chart clearer? Also, may I again kindly suggest adding multichannel .wav import to Cubasis? That would truly solve the problem! Many thanks for considering these small suggestions.

Did you have a chance to consider my small suggestion from the other week? It would be very helpful to other customers like me to list the specifications for which .wav files are supported by each version of Cubasis. The comparison chart (which I had checked before purchasing the iPad version) merely says that each version of Cubasis supports .wav files, but it doesn’t specify which .wav formats each version supports. Evidently support for different .wav file formats is significantly different for certain versions. Adding these important details would surely help avoid any confusion. Many thanks for considering this small suggestion.

Cubasis supports regular WAV files, and I’m afraid there is nothing more to say or list about it (Multi-channel WAV files are not regular).

Thank you, Lars—that does help!

I’ll try to figure out how Cubasis for iPad could fit into my workflow given this limitation. Hoping to make use of this powerful tool.