"Indicate shift to next note" option is missing for fretted instruments

I realized that the option “Indicate shift to next note” in the new “Fingering and Positions” menu is only available for string instruments. I don’t see a reason to exclude fretted instruments from this new feature. I’m using Dorico mostly for classical guitar scores and it would be nice to have it. Will it get added soon?
Speaking of classical guitar notation. Will there be fret positions and barré markings in the future? At the moment I’m using normal text and pedal lines which already looks quite nice. But it’s quite frustrating to set the position of every line and text. And it would be nice to have more options, f.e. dotted lines, the relative position of the fret number to the line and a vertical line under the number to indicate the length of the barré. 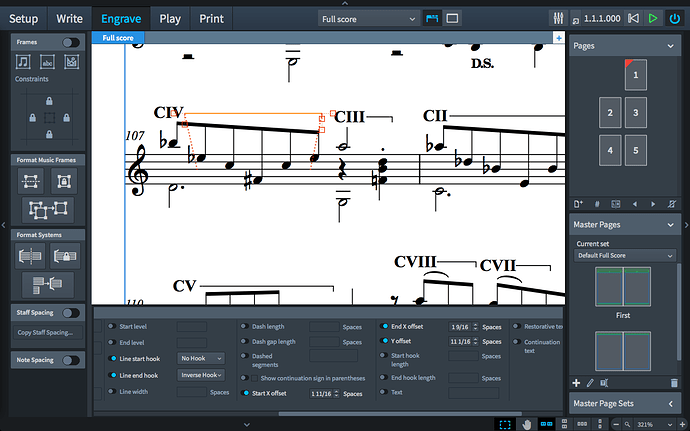 Yes. Here is an example that uses many shift indicators. 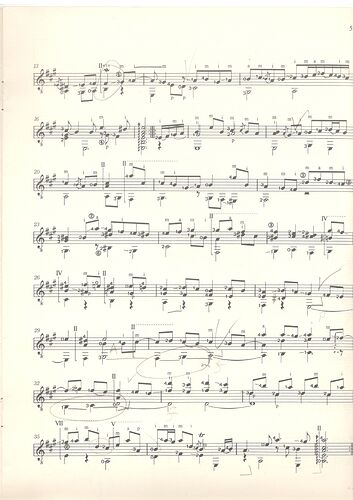 I’m glad to hear that. Thank you for the quick reply! As for now, I will just change the instrument to a string instrument and go along with the wrong positioning as it’s a lot faster to input.

If I label an electric guitar as a violin just to make use of the position shifting, the string assignment option will probably be messed up, right?

Hi Daniel,
Thanks for chiming in!
What I meant: I start a player as violin, but input my guitar part instead. The string assignment will follow the violin obviously, so the position shift mechanism won’t work, correct? Obviously, I could label the staff anything I like later, right?
Couldn’t you implement string assignments for notes just for the left hand of the guitar? I know you don’t do workarounds, but for the time being this would go a long way!

Cheers, and congrats again for a great update!

Hi Daniel, I really appreciate your Input!
I guess what I’m really after are added String indicators for guitar staffs, in order to be able to show position changes for the left hand only. Which would be fine for the time being and for a plectrum player!

Thanks a bunch and have a great Advent Season,
Benji