Kontakt 6.5.3 on Cubase 11 - "The state of some instances of Kontakt cannot be recalled correctly"

I’m getting the
“The state of some instances of Kontakt cannot be recalled correctly, please open any instance of Kontakt to resolve the problem”

Any help on this? I’ve read this is probably more of a Steinberg problem.

Yes many users on NI forums are saying this is a Steinberg issue, as it can be rectified by disabling ASIO Guard. Hopefully there will be a fix soon as Kontakt is critical for many.

I’ve been getting the exact same issue with Cubase 11 and Nuendo 11 since they were released. Native Instruments has not been able to resolve this issue.

I really hope Steinberg looks into this. Native Instruments wrote this bug is Cubase related.

It is really, really bad, and that since months! My Cubase projects either freeze up for a while before I can start working, or it’s freezing up indefinitely.

That’s the big disadvantage that NI has basically a monopoly regarding samplers.

I have the same issue, Windows 10, Kontakt 6.6.1, Cubase 11.0.30. The only workaround I have is to disable ASIO guard and then open an instance of Kontakt, wait for several minutes then re-enable ASIO guard. Otherwise the whole application freezes. Steinberg needs to address this asap, it renders all my older projects unusable.

I have similar issue if we talk about old projects that are not sounding the same as before at least half of year back. Kontakt VST3 isn’t loaded correctly when load Cubase project containing Kontakt instance. Some parameters are damaged or lets say maybe not stored. I wrote here and on NI forums with a video where I show how it happens. 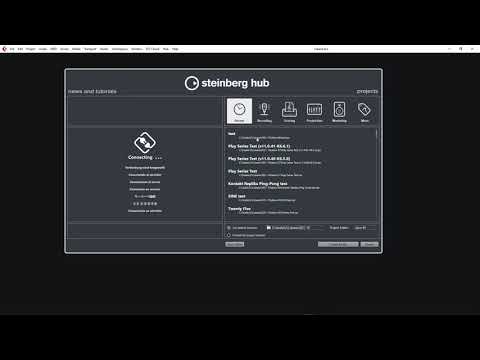 But today I checked the same project and there is difference in the issue. Now inner Replika delay is working as expected (ping-pong feature), but before disable/enable procedure the ping-pong is out of sync if it should be synced. After disable/enable it becomes synced.

What causes this change? I don’t know. One is clear - VST3 is Steinberg’s child, while other companies try to follow protocols. I don’t know where someting goes wrong, but if we pay thousands for our virtual studious, we should never ever worry about such little and disturbing things.

I am still very angry about this - every project I load, I need to disable and then enable all tracks just to avoid any issues described. Very annoying.

P.S. NI say it’s Steinberg’s problem and Steinberg team is very silent (but I was waiting for verbal ping-pong)

After a month… Enjoy the silence!

Only workaround I found was to completely rebuild my Kontakt start out template. Then when I load a song and I get that error message, I simply click"ignore it" and all is well. It works, which is all I really need.

It is one of the worst bugs I‘ve ever encountered, and I don‘t understand why Steinberg is not doing anything about it. It literally makes Kontakt unusable in larger templates. I am having huge problems with this.

I’m not sure it’s Steinberg’s fault after a discussion with some people from NI where I met very arrogate point from them. In other words - we use tons of VST3 plugins (VEPro, Waves and many more) and no other one plugin does this fault. Only Kontakt. So the answer is right in this sentence.

Maybe Steinberg developers can do something to help solve this issue, for example, do some programming that fix some flow of data loaded or smth like that. Anyway we pay huge amount of money to both companies and need to work without such problems. They both should understand this as it is.