Let me know about this, I upgraded Cubase to 12 and my PC went crazy

Currently my Cubase is version 12.0.52.
The interface is RME/UCX.
AMD Ryzen 9 3900X
12-Core Processor
3.80 GHz
RAM 128 GB
After upgrading Cubase to version 12, my PC started acting strange and the sound on YouTube became choppy.
For some reason YouTube only works correctly when Cubase is started.
However, the sound in Cubase 12 is often choppy, which was not the case before (up to Cubase 11).
It’s the same when I change the buffer size.
I also replaced the interface driver.
The same DTM (version 11) hardware and Youtube work fine on my other PC.
When Youtube is not working (sound is choppy), an error appears in the buffer size box of the Fireface USB Setting (see image). 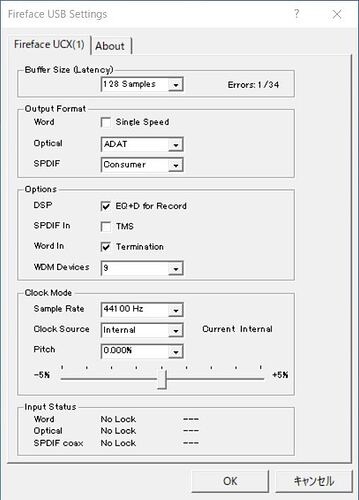 But when I start up Cubase, Youtube becomes normal (the error in the buffer size box disappears). 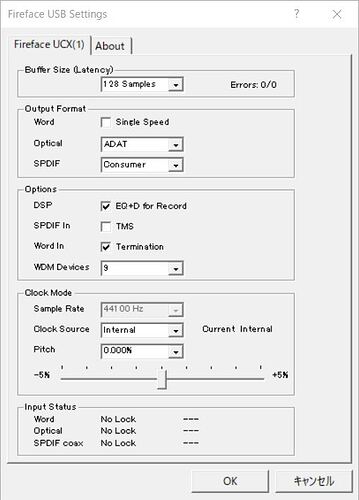 Should I replace my system now?

If by “system” you mean Operating System, no one knows since you failed to mention what you are currently using.

As you are using an AMD Ryzen, I guess that you have a Windows based system (which version ?).

So, how are you getting Youtube sounds ? FWIW, and as I also have an RME Fireface UCX, I have set everything this way, when using Cubase :

Works flawlessly, here, with just a Windows 10 Pro/Ryzen 7 3700X based system, using either Cubase 11 or Cubase 12 (a hassle free upgrade done about three months ago and updated to 12.0.50, since). So, let us know how you are using Youtube beside Cubase…

Thanks for the reply.
It is a home-built PC, but I have not done anything special with the BIOS.
There is no virus checker or other resident software.
In terms of audio, there is nothing but REM UCX.
In terms of devices, there is only Stream Deck, Console Fader, Maschine Jam (for MIDI remote), Steinberg CC121, and Steinberg PD PAD.
Operating System is Windows 10 Home.
It is 64-bit and the version is 22H2.

I do not speak English.
So I will send you various images.
Please give me some time to do so.

Thank you for your reply.

I do not speak English.
I built my own PC, but I am not an expert.
I have been doing DTM for a long time, but I am not familiar with the terminology of DTM applications and hardware.

So I will send you a picture.
If there is anything wrong, please let me know.
If there are any missing images, please point them out as well. 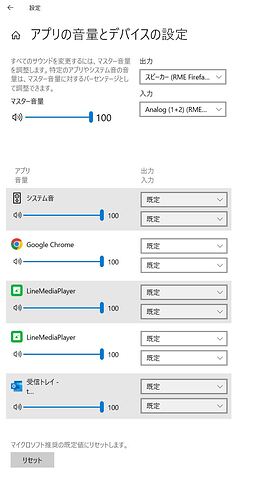 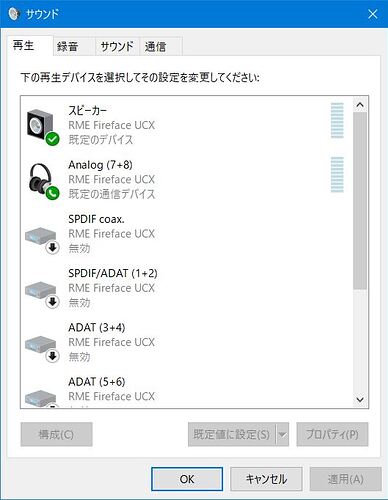 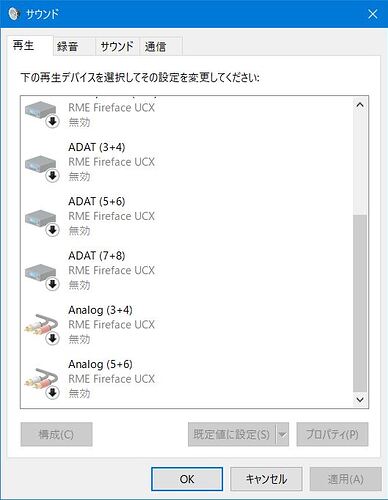 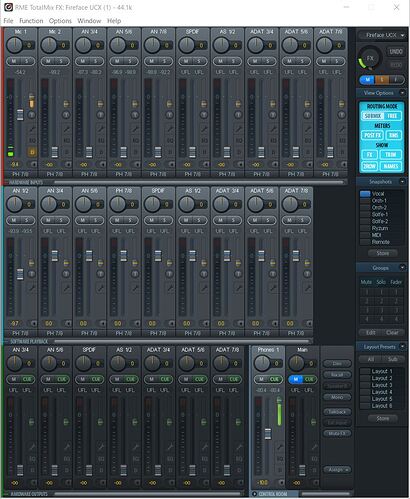 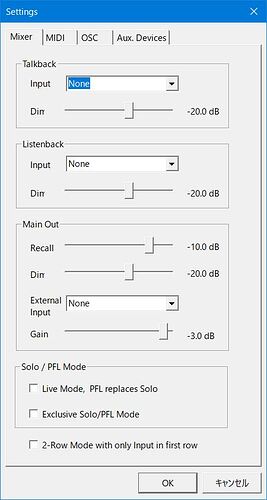 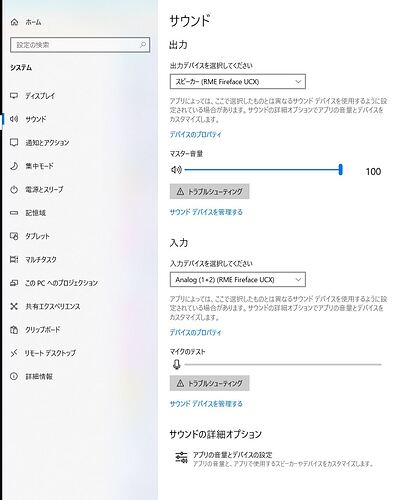 Thanks for the screenshots. The problem I have here is that they don’t tell us much about how you are listening to Youtube while Cubase is active. FWIW, here is how I have set all this a while ago, and carefully saved it as a TotalMix workspace : 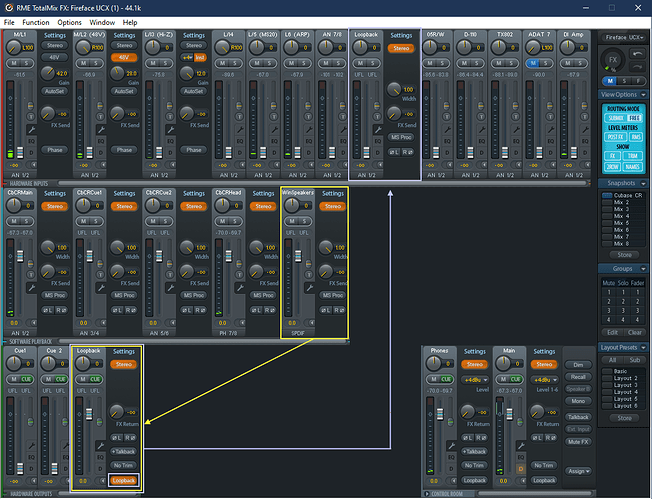 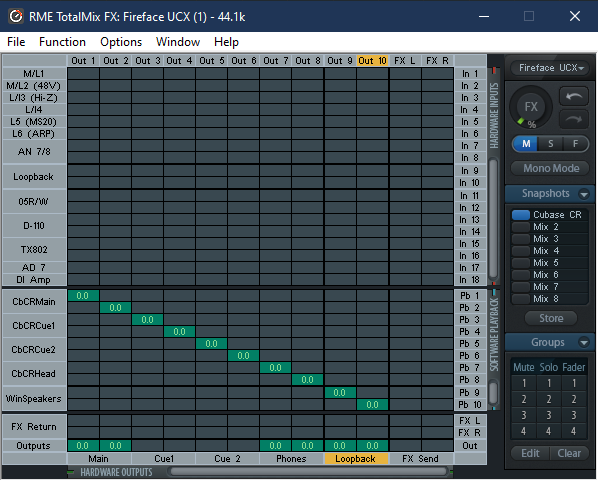 Explanations : I use the SPDIF coaxial inputs/outputs to set a loopback, as I never use them in a physical way. The WinSpeakers channel is actually the Playback>SPDIF one (set as so in TotalMix Options>Channels layout window. It is routed to the Loopback output (Outputs>SPDIF one, actually) : the Loopback option in it is activated, from which the signal coming from it goes directly to the SPDIF input, allowing me to set a dedicated audio channel in Cubase and hear/record Youtube or any other application delivering an audio stream* : 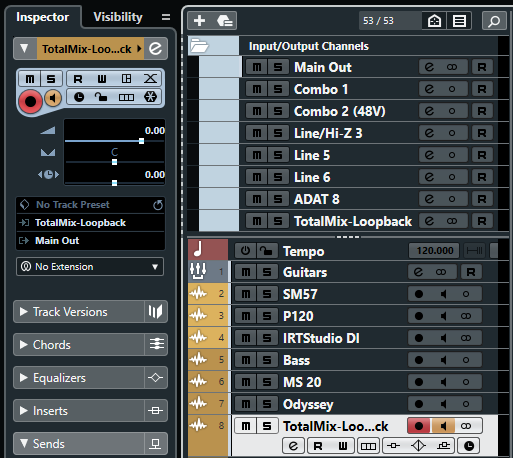 Without using Cubase, a completely different TotalMix setup is needed. Also, in the Cubase STudio>Studio Setup>Audio system pane, the Release driver when application is in background setting has also its importance, in case you are using the Control room : if activated, any audio signal will be strictly hearable only on the TotalMix routing setting (the output routing seeable at the bottom of the involved channel in the Function>Mixer view).

At the end, all this only works if :

So, and with all your english at disposal, I would like you to describe how you are using Youtube when Cubase is running…