Let's Dream a Little: Dorico and the "Magic Toolbar"

So, an intrepid 10.2.1 user dug into the code and found photos that appear to confirm the addition of the “Magic Toolbar” on the new MacBook Pro, which will be announced tomorrow. 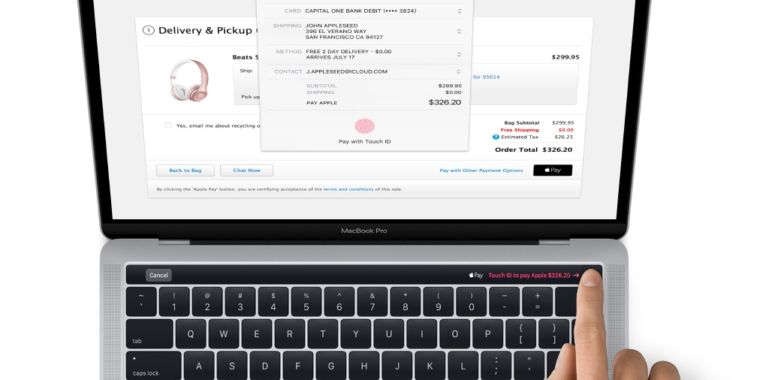 So, since that’s as good as certain, let’s daydream! The Magic Toolbar will replace the function row, integrating a power button and Touch ID into an LED strip likely powered by a dedicated ARM processor. This strip will change contextually, enabling custom key/control options per app. With that in mind, what can Dorico do with this new tool? Some thoughts:
• icons for current function key commands, e.g., mixer, transport
• a transport strip
• Mode selector strip
• Mode-contextual tools
• score navigator
• drag to adjust note length
• a note-entry UI
• single-channel mixer controls
• an “Email Daniel” panic button

I don’t think it is confirmed yet that it will be customizable, but it probably will be eventually!
This will definitely be useful in numerous ways in an application with such many different features. What about using it for recording expression data? Like a ribbon controller directly on your mac

I’m a bit worried by the fact that they’re removing the escape key, though. Will be hard to get used to using another key for exiting note input mode.

What about using it for recording expression data? Like a ribbon controller directly on your mac

Hopefully, it can be used as a programmable touchscreen with an app store, then apps like lemur can be used to make it whatever we want.

What about using it for recording expression data? Like a ribbon controller directly on your mac >