Lots of problems with the wife - any advice?

Hi. So, quick personal post for some advice. I’ve been with my wife for about 10 years and it’s been a real struggle with music. After the first few months she wound up kicking the studio door down because I was “ignoring her”. From that point on I didn’t really do anymore music than a song or two on a laptop with a 25 key midi controller. My Yamaha HS8’s haven’t been hooked up since around 2011. In hindsight I most certainly should have kicked her out of my life when she couldn’t accept the fact that I spend a lot of my time making music. I was young and foolish.

Fast forward to now: I finally set up a studio again a few months ago and picked up a NI S61. AMAZING controller! The creativity just started to flow out of me. However, there was about 2 months where I had to reeducate myself because I had forgotten all of my music theory. Music has evolved so much in the last 10 years as well that I found that my usual methods made the music sound dated.

My immediate problem is that not much has changed in the last 10 years. In the past hour she’s made me take off my headphones a total of 6 times to answer stupid / pointless questions. I explained that when I’m in a creative flow that interrupting me causes the ideas to be lost forever. Hell, I lose a lot of ideas when I have to stop to hit the record button when I’m freestyling on the keyboard. Her reply: “That’s f-ing stupid”.

There is something deeper going on here as well. I have a lot of animosity towards her that I didn’t realize was there. I’ve been making music since the age of 10. I remember writing my first rap song in 5th grade lol. It was a really big piece of my heart and soul. This animosity has been building up for years now unbeknownst to my conscious mind, but I’m really having a difficult time coping with the fact that I put music away for so long. And for the last couple of months that I’ve been relearning everything I’ve developed a conscious hatred towards her because I have found myself in a place I never should have been: rusty and dull in my skills.

Now that I write this out, I think divorce is the only answer. Music is such a deep part of my soul and being without it is like being without my right arm. I castrated myself on a spiritual level and didn’t even realize it. I take full responsibility for my own actions and decisions, I only wish I could realize what I was doing at the time of doing it.

Anyone else have any similar experiences or issues and maybe some advice to share?

I think you’ve answered your own question. You know what you need to do.

Any funds available to rent a cheap space somewhere and set up a little composer’s room? Somewhere where she can’t just walk in and bother you? So you’d go there, lock the door(s), turn off the phone, and create…

Sorry we can’t help you if you don’t tell us what version of Windows and Cubase you have! Just kidding.

I must say it’s very brave of you to discuss something like this here? But that being said…

The way you describe it IMO the choice is actually very simple especially if you have no kids to consider! You should come to some sort of agreement with your wife or you should consider leaving her if she won’t give you the space you need.

I know all about nagging partners that don’t understand this ‘drive to create’. I ditched a few and finally came to the conclusion I’m better off on my own. You just have to decide if you really want to be on your own. Because I know someone that’s always looking for space and once he has it he feels the void of not being with someone? The classic can’t live with and can’t live without… 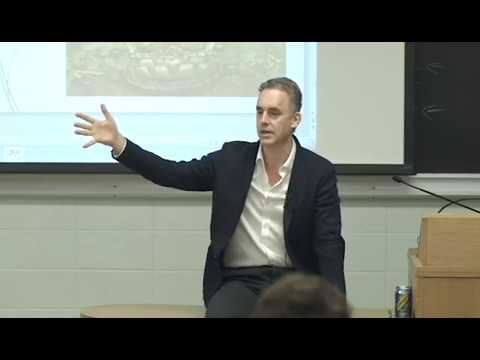 I went through several girlfriends who didn’t get it until I finally met one who did and married her. They can be tough to find. I feel for you. I wish I had some advice but I don’t. “Your music or your wife” is the choice it seems to me. In my opinion she’s not going to change.

If there are no kids involved - then ditch her and move on - life’s too short! The problem of course will be the division of assets - can you still afford a place+your studio after removing half your paper assets? If there are kids then forget it - you’ll end up in a bedsit with a ukulele while she gets everything!

I’ve been in many relationships where music and my studio became a problem. From gigging and touring on into working in the studio, it just doesn’t fly with many women. My buddy on the other hand has been seeing a woman who is so a****** crazy about his music and is so supportive of him and his music that leads me to believe that there are situations out there that you can find that are supportive.


I’m not going to tell you what to do, you have to figure that out for yourself. If there’s no way that your wife can understand why you do music, the writing’s on the wall. The fact that she interrupts you when you’re trying to spend a little time playing music, shows she needs attention for whatever reason. That’s a personal problem of hers. I mean, if you’re sitting with headphones on 4 days on end, I get it, but that doesn’t seem like the case. You may be able to further your relationship through counseling because in my experience there’s not only one problem in a relationship. You probably have quite a few problems together.

Doesn’t have to be a musician, my girlfriend is very supportive of me and has zero musical talent but she understands me and gives me as much privacy as I need to concentrate in my studio. Just need to find someone who respects you and your interests


When I was married I also had a band. My wife liked the band. We had a weekly rehearsal and some gigs – nothing too crazy. As it went along, she started to do become, I think, jealous of the band. She’d call me during the rehearsals. Things would “come up” and I’d have to miss a session. We’re no longer married. I still have music. Sadly, It was an irreconcilable difference. Music was not why the only reason we parted but it was part of the parting.

I always hope there can be reconciliation in any relationship and working for it is worth it but there’s limits to everything.

Write her a song about it and if you both cry maybe things will get better.

I sincerely wish you good luck in working it out.

Hi guys just jamming in here…being in a loving relationship for about 2 years now, I can tell you that it takes quite a bit of understanding from both sides. Your situation seems to be a bit more complicated and I don’t want to be that guy who lectures around here.

Hope all turns out fine for you in the end…

Advance Merry Christmas to you and everyone

damn! I feel your pain, you’re in a real struggle.

There is a joke somewhere in this, and it has something to do with a Dongle

No, but seriously, make sure You take care of You.

I had a friend whose wife, acted the same, it just spiraled out of control.
He ended up taking care of everything, cook, clean, work, children, groceries.
We played in a Band together, his only relieve from the stress at home. But then She would phone him like every 10 minutes when we had a rehearsal.
We all could see it coming, looking back.
He officially died from a brain bleed.
But I say his wife killed him by stressing him and robbing him of his only real passion, Music.

Whilst I have no real advice, it is a necessity that you look after yourself first, I have been incredibly lucky to have been married to a wonderful woman who has without fail supported my career, bands, rehearsals, being away touring and the lean times (and spending money on Cubase…) for the last 46+ years.
We are not particularly wealthy but consider ourselves ‘rich’ in other ways, and you can’t buy that.

All the best, I hope you find some kind of resolution.

My heart goes out to you. I hope you find a resolution which brings you peace. Take care.