In case folks need more Mahler for testing orchestral libraries, here are the first and fourth movements of Mahler 9, currently configured for NotePerformer.

Thanks a lot Stephen, outstanding work you do.

sorry, of course you did. I was referring to something else altogether and somehow misremembered your post! On the question of VelXF, I agree that it’s essential to activate. With VI, you can change one and the rest follow automatically but not the case with Synchron, alas. I thought in an update of the VSL template, they had offered a choice of selecting an ActiveX enabled version of the configuration but could be imagining things and don’t have time to check just now.

As for how to set the primary and secondary controllers, naturally it is down to personal taste and the specifics of the EM’s.

Those of you using heavy vsl libs, vepro or no?

Thank you very much, Stephen! It’s a joy to see how a true engraving master worked on a score!

Hello,
As an owner of Dorico 3.5.12 Pro, NotePerformer, VSL Synchronized SE Volumes 1 to 6 and BBC SO Pro., what an interesting discussion

As I’m going to start an orchestration project, I’m wondering about what could be the more fluid workflow…
Here are the steps I was thinking about:

Concerning the level differences using VSL in Dorico, here’s a thread on the VSL forum:
https://www.vsl.co.at/community/posts/t57399-Dorico--VSL-Synchron-ized--volume-difference-between-instruments

Thanks for your answers!
Regards,
Gil.

Since @Stephen_Taylor invited us to try his Mahler with various orchestral libraries, I did it with the Adagio.

I didn’t touch his original score (all considered, Mahler indications are as detailed as an intricate series of CC lanes!). And Stephen’s engraving is perfectly accurate, up to page turns. I just selected the sounds, and did some balancing between the instruments.

Obviously, only a very limited amount of articulations is used. Things like soft attacks and releases, and any vibrato intensity change and unwritten modulation change on long notes is missing. But should give an idea of what can be done out of the box.

(I used my own expression maps and presets, but they should be identical, as for the final result, to the factory ones).

Thanks Paolo, this recording sounds great! I’m a little embarrassed that you gave me such a compliment, I’m just a composer who likes copying scores in Dorico! But I appreciate your kindness - and it is a real privilege to be on this forum with so many excellent musicians, engravers, and software engineers.

Hi Stephen what a great job you have done! Stravinsky and Mahler!!
I saw Schuberts unfinished 8
any chance of getting that too?
Cheers
Kai Nieminen composer on Fennica Gehrman

Outstanding job, Stephen, again! Thanks for sharing those, they would deserve standing in the example files Dorico provides!

Hi ! I started this (probably using XMLs found on the internet) three years ago, feel free to finish it and engrave it properly

Edit: I thought I started this, but now that Stephen posted it too, I might have found it on the forum at a time when I projected to do it… Apologies if I didn’t do anything to this file, I genuinely do not remember.

and as a fellow owner with Gil of NP, VSL SE and the BBC orchestras, I’ve decided to complete the trio from Stephen’s score of the Mahler which is a more or less straight out of the box version with my VEPro template the for the BBC Core (with the two missing lower woodwind filled in by VSL). Due to filesize limitations, it’s only the first 4 mins or so.

Interested to hear which folk prefer. I myself would tend to go for the BBC for overtly romantic music like this though VSL can shine elsewhere. Of course Paolo is using a selection from VSL full libraries which can do a bit more than the SE versions. Anyone for NotePerformer as first preference?

In case folks need more Mahler for testing orchestral libraries, here are the first and fourth movements of Mahler 9

Mahler 9, no way! Thanks loads, Stephen!

Many Thanks @Stephen_Taylor for your sharing, this is a great job.
I share my version of the 2e Symphony too, if someone want to test and compare other libraries.
Mahler2.dorico (2.0 MB)
It is made from an xml found on the internet with some corrections.

I share most of the opinions expressed in this discussion about sound libraries.
Noteperformer is the best if you want to have the best effortsless result.
It give a very balanced and warm sound with great out of the box expressiveness habilities. It a good library I personnaly use a lot for orchestrations.

However, I think it sounds a little synthetic, espaciality for solo instruments and articulations are sometimes too harsh.

Here is a noteperformer version of the 2e Symphonie to compare with my first post. All playback overrides have been reset. 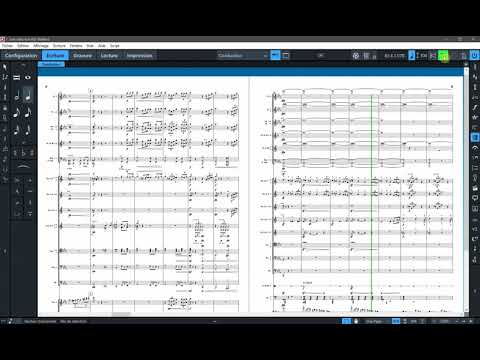 With VSL, I think it sounds more natural, but it certainly takes more time to achieve good results.

To answer to @Dewdman42 , here are my settings of VSL

I hope to use this mix with other scores, I’m gonna test with the 9e Symphonie.

NotePerformer is just remarkable! The biggest problem I have with it is the latency while entering in music. I wish it had a low latency mode which could play, for example, a note or two without all the latency it normally requires for all the advanced stuff its doing during full playback.

My solution is just turn off Preferences/Play/MIDI Thru. Open a standalone VST with a Piano sound with low latency before starting Dorico. You’ll always hear a piano with low latency when inputting, yet you’ll still have the NP playback.

I don’t want to have to listen to NP at all while inputing music. its too distracting to hear the latent notes, not only that but it causes Dorico to hesitate while its waiting to playback every note through NP engine. NP needs to have an option to disable all that latency when its not actually playing back… I was entering some music this morning in MuseScore and holy crap it responds so much faster then Dorico, but I think that is because of NP.