I am mastering a lot with WL7.

I have one important feature I am often missing. I save a preset, then I render a version of master.

Then I tweak something differently, render. But I have only one option to save on top of the past preset.

If I want to go back to previous save I cannot just click load select a different save and load it.

Is it possible to implement such multiple preset saving?

I need to open and close them again so they disappear.

Otherwise its all good with WL7.

Maybe you should used temporary presets, to help a bit? 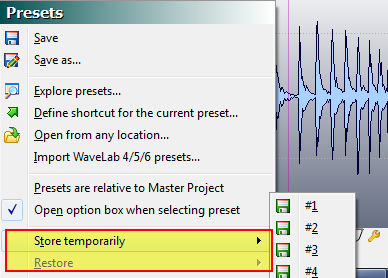 Interesting, will try. Why are they temporarily? Will I be able to recall them next day?

Also what about overlapping plugin windows? No solution?

So as I understood I have 5 slots to store temporarily presets. But if I want to store 2-3 variations of for example 5 tracks, then I don’t have this possibility. And I do 15 tracks average per week.

Its is of course good to have 5 temporarily presets, will try it out and see if its enough for my workflow.

I don’t see this overlapping window issue. Does it happen only with certain plugins maybe?
Are you using WaveLab 7.2.1?

Yeah it happens to be like this, I attach the picture. All plugins are opened then I switch to another app, then back and all plugins are minimized. I have to click on each one so they appear again.

Also some plugins stay open even if they are closed. Usually this happens with Slate Digital virtual tape and some others.

It feels like windows issue is not 100% working and could be fixed. It just takes time every day I work in WL 7.2.1 to sort them out. 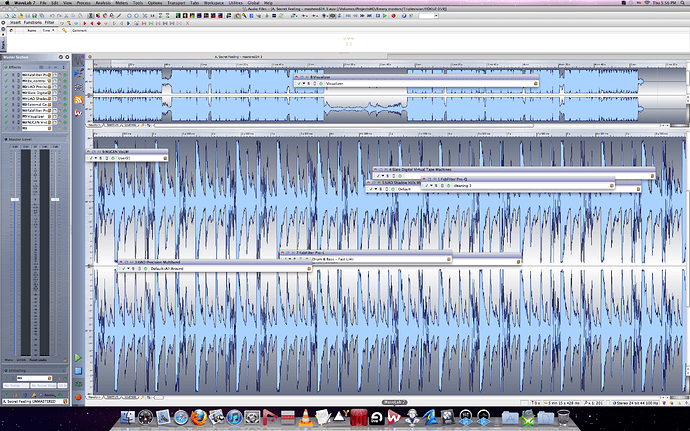 Any chance to work in 64 bit? I guess this problem happens with old “Carbon” plugins, something that don’t exist in OSX 64 bit.

Not sure if Mac Pro of first generation will be able to handle that:)

I tried WL7 in 64 bit on my mac, many plugins dont load, for example UAD miltiband is not loading(plugin window is white) while UAD Shadow Hill loads. Slate Digital VTM also showing only as white window and even minimized.

So 64 bit is not an option for me as I miss plugins I work with and some who appear in the list still dont load.

So yeah as I see many Mac users complain about different issues, maybe time to work out an update?