MCU Remote: Anyone know of a virtual LCD like BCFView?

I’ve never tried it, but there is potentially this: 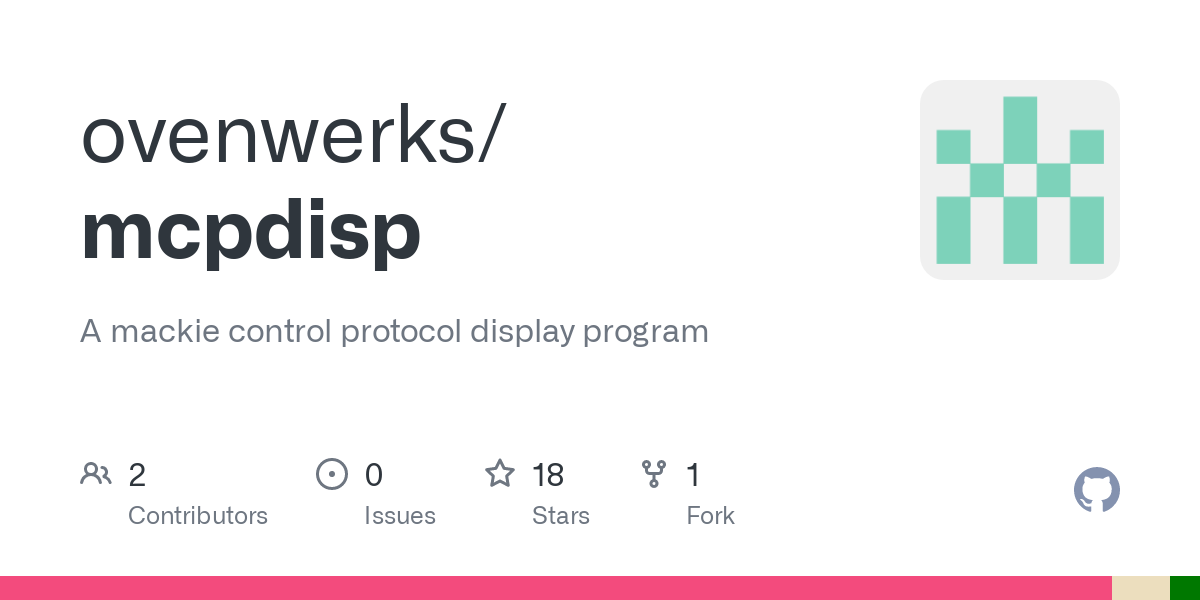 A mackie control protocol display program. Contribute to ovenwerks/mcpdisp development by creating an account on GitHub.

I must be in newb mode…seems very linuxy…cant actually see windows resources?

I’ve never used it, had just read about it some time ago.

But I thought you have to send Midi Sysex to MCU displays? So not related to Windows resources?

EDIT: Also I think it’s a one way street: Midi to the display, no control possibel through the display.

The idea would be to pair it with a MCU capable controller that doesn’t have a display.

And then you configure Cubase to listen to the hardware midi controller, but to (also) to send to this program via loopmidi or similar midi loopback program.

At least that’s how I remember it being described when I head about it.

Yep it uses the sent sysex from mcu remote in Cubase but I cant see an exe or anything that I would use in windows…says it connects to jack midi. Ill check it out if I can find an easier option…BCFView was just java I think

Just found this one (quite old, but at least is has an .exe)

In 2009, I joined the Gearslutz community in order to share a small MIDI utility I developed during production of one particular record. It didn’t get much attention, so I just made some upda…

Just found this one (quite old, but at least is has an .exe)

^ This is the one I use, it works great and has a great level of translation as part of the emulator too - but you can just use it to receive an input from Cubase as a screen only. Via virtual port of course.

There’s also the MCU Screens that are part of BC Manager which is the alternative setup tool for BCF/BCR’s:-

BC Manager is an advanced utility for working with Behringer's BCF2000 and BCR2000 MIDI Controllers. Don't forget to check out the B-Control user file section, containing user-contributed presets etc. for the BCF2000 and BCR2000. Before you download...

It’s a little confusing at first, but basically you need to enable the ports you want to use via the Options > MIDI Device menu.

And then view them from here:-

Mountains utils is quite convoluted but absolute overkill and not very aesthetic…prob good enough for testing.

MCU Emulator is really good, sizing, aesthetic etc…except I have tried for over half an hour and there seems no response. Its fairly simple to setup but with a BCF…doesnt seem to work…but might be operator error…just me: it does have a good manual.

MCU Emulator is really good, sizing, aesthetic etc…except I have tried for over half an hour and there seems no response

MCU Emulator i’ve used a lot, have you got the virtual ports setup and running in the right direction? By no response, do you mean nothing on the virtual screen?

I added an EDIT at the bottom of my post

It absolutely needed the C++ updates, then it worked great