Hello, I’m having a problem transferring a MIDI track from FL Studio to Cubase. After rendering any MIDI track in FL Studio and loading it in Cubase, several other tracks appear and there are no notes on any of them. In the other direction it works without any problem. Has anyone encountered this and knows how to solve it? Thanks.

After rendering any MIDI track in FL Studio

Is that not for FL Studio to sort out though?

You can open the List Editor to see what other events (such as tempo information etc.) might be on them. If you don’t need the track then just delete it.

It always seemed to me that MIDI tracks were universal to any DAW program. No matter what DAW you render a MIDI track in, you can import it in another DAW, but apparently that’s not the case… When I saved the track as a MIDI file in Cubase and opened it in FL Studio, all the notes showed up in the track with no problem. The other way it doesn’t work unfortunately…

Is that not for FL Studio to sort out though?

I think I found the answer, so I consider the topic finished. Thanks! 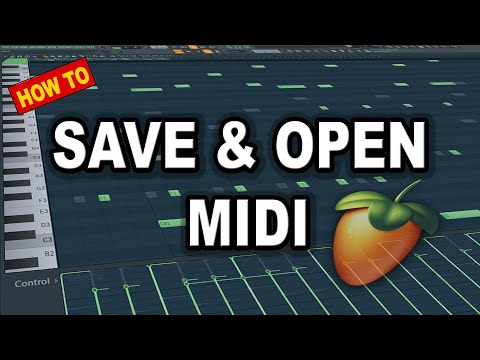 It always seemed to me that MIDI tracks were universal

The format of MIDI files is well-defined, but not every DAW loads and saves all of the information, and how the information is used or displayed within each DAW can be different in small ways. The likelihood is the FL saves more than just the track with notes, and Cubase is loading everything. Perhaps when FL loads a MIDI file, it only uses the note information.

several other tracks appear and there are no notes on any of them.

Sorry, I misread this the first time … you’re saying no notes appear on any track that’s imported into Cubase?

Would you be able to attach a small test MIDI file from FL here?

My son who uses FL Studio apparently saved the MIDI track the wrong way, so I could not open the track correctly in Cubase… As soon as I can I will check the way as given in the attached video link… If it still does not work then I will let you know…

OK, so there are a number of things … the first being the way the file is generated by FL … I can’t help with that, but what’s shown in the video seems to be the correct way to do it.

The second thing then, is how Cubase imports a MIDI file. There are a bunch of settings (Edit | Preferences) that affect how a MIDI file is imported, but the first thing is whether you want to create a new Cubase project from the imported MIDI file or not. This is important, because AFAIK that’s currently the only way to get Cubase to set the tempo the same as it is in the MIDI file.

After that, depending on the settings you’ve chosen in Preferences, you can get many different results. These are my current settings, for example (not the defaults):

I find Cubase to be one of the better DAWs when it comes to MIDI import, however as you’ve seen, sometimes you just end up with too much information. I’ve found for example that Standard MIDI File (“SMF”) events get seperated out onto their own tracks, which is probably what’s happening in your case, but these can usually be discarded.

If the MIDI track was intended to be played back by a specific instrument (for example, a hardware synthesizer), then there might be a “sysex” event in the MIDI file for that instrument. Cubase will import that onto a seperate track, which I personally find useful. Some MIDI files have “text” events with the copyright notice of the sequencer, etc.

Perhaps these days we also need an option in Cubase to “just import notes”!

Anyway, I hope this helped.

Thank you for the valuable information and best regards!

Perhaps these days we also need an option in Cubase to “just import notes”!

… and you may well have just found it!

Believe it or not (and probably because I’ve been using Cubase since the Stoneage) it never occurred to me to just drag and drop a MIDI file onto an already created MIDI track!

True, it gets everything onto one track, but you can use the “Dissolve part” functions from the MIDI menu to seperate them out. There you go, we both learned something today!