I’m experimenting sending MIDI from Dorico to other DAWs using Mac’s IAC bus. So far, I can get it to work by following these instructions: 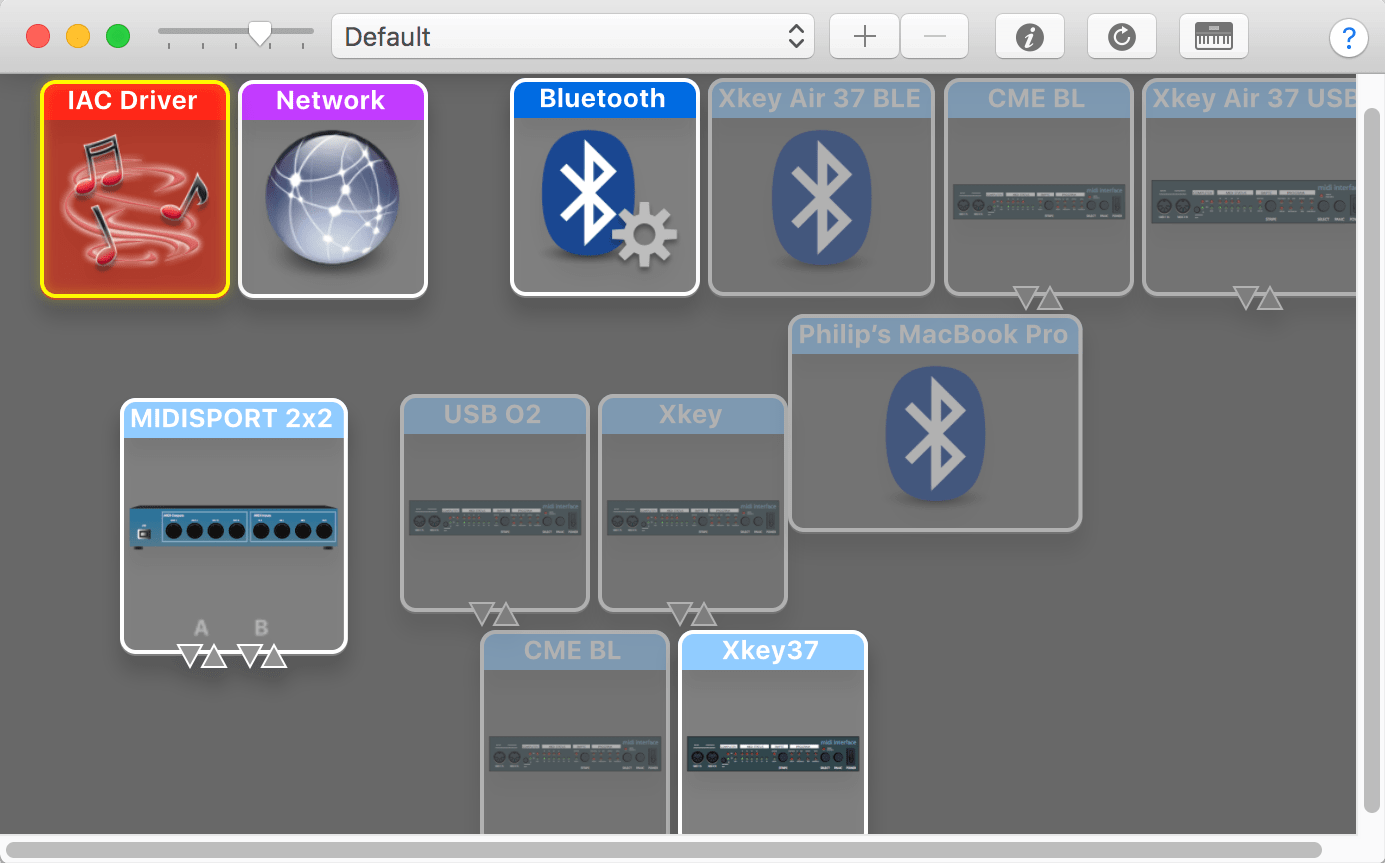 Did you know that, with just a little bit of effort, you can route your MIDI from Sibelius, Finale, or Dorico through Logic Pro? This tutorial will walk you through the steps.

However, it seems to be a bit brittle. Whenever I make a change to my audio MIDI setup, for example, adding additional buses, it seems I have to drop and recreate the MIDI instruments in Dorico for MIDI to be passing through.

Is this a known issue? Sound like a Dorico issue or an IAC issue, or just user error? In general, is this strategy supported / is IAC considered reliable?

Update: Dorico seems to hard crash when I remove an IAC bus in the Audio MIDI Studio when Dorico is running.

“Doctor, doctor, it hurts when I do this.”

Haha, I did fall into this feedback loop when I first started playing with this, but I figured that one out. I followed this tutorial, which warns you about it:

Did you know that, with just a little bit of effort, you can route your MIDI from Sibelius, Finale, or Dorico through Logic Pro? This tutorial will walk you through the steps.

The crash is not the main issue. More concerned with the fact that I sometimes I have drop and recreate the MIDI Instruments themselves.

I haven’t personally used IAC Bus connections a lot, but in my limited experience they have been perfectly stable, i.e. once the device is created and has been activated, it stays activated.

is it possible to send midi from Dorico to Logic Pro so as to play the Dorico score through Logic Pro instruments using IAC bus? I tried the steps in the post above " Route Sibelius or Finale MIDI to Logic via IAC bus" but it didn’t work. How can this be achieved?

Yes, that’s what this thread is about, @Ravindran.

The steps in the tutorial don’t apply completely to Dorico, of course, because the tutorial isn’t for Dorico, but the principle is the same. Once you have set up your IAC ports, and made sure that they are not chosen for MIDI input on the Play page of Preferences, you can use the Routing section of the Track Inspector panel in Play mode to assign each instrument in your project to a specific channel on each IAC Bus that you have configured and added in the MIDI Devices section of the VST and MIDI panel (also found on the left-hand side in Play mode).

Thanks Daniel. I could get the connection between Dorico and logic through IAC Driver. In my earlier attempt I didn’t route the IAC bus correctly on the Play page.

Wish Dorico had Ableton link feature, it would have made it so much more easier to make Dorico and Logic Pro to communicate with each other seamlessly.