I noticed that bar numbers do not show up when a bar is split across a system break coinciding with a repeat barline. They do show up if either a repeat barline or a split bar is present, but not both.

This behaviour is shown below. 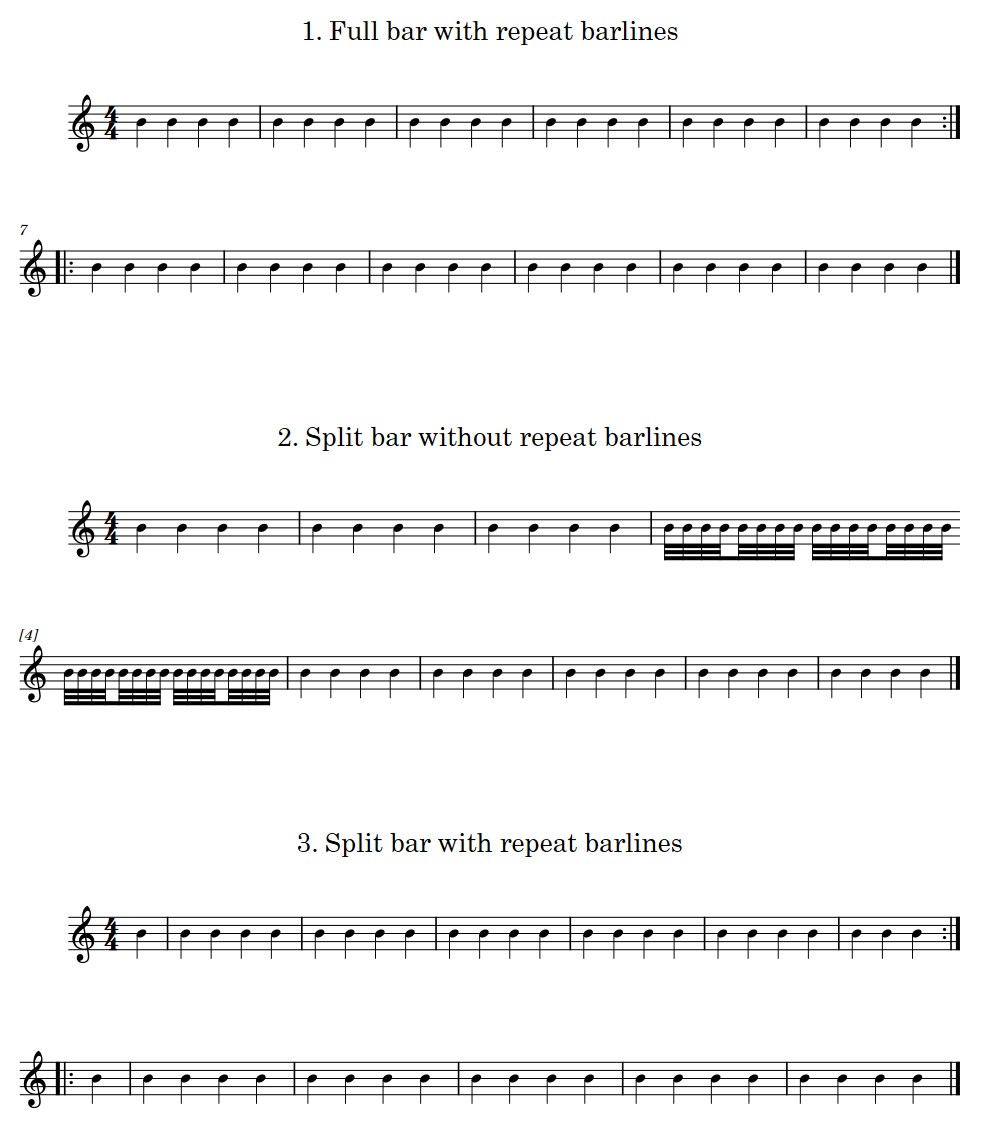 The bar is not really split over the system in your third example: it’s actually two irregular bars. Hence it won’t show the bracketed bar number there.

Ah, I see how Dorico is handling this scenario. I still feel like there should be a bracketed bar number present. Any way to achieve this currently? If not, could this be considered to be implemented?

No, you’ll have to add the bar number as text given the current capabilities of the software.

I’ve just run into the same problem with a dance by Purcell. He cuts a measure short and uses the last 8th as a pickup for the following section. I ended up adding a shift-x text as you suggested although I do (not surprisingly) hope this will be handled in the future. Fortunately this is a little thing. 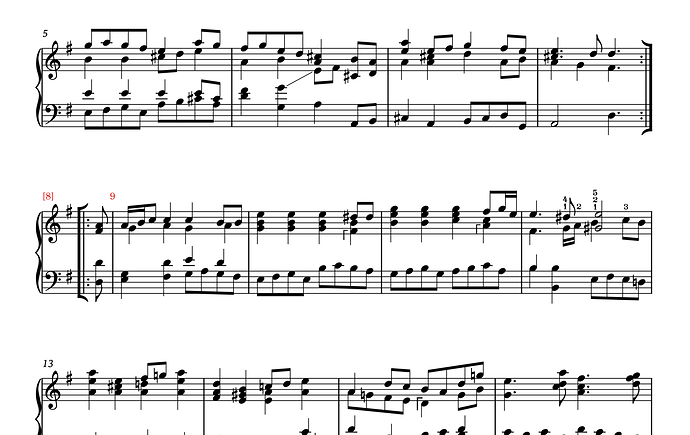 I’m not in front of Dorico, but you could try cutting bar 8 short (using Shift+B -1e) then add an extra bar that only lasts an eighth, then apply a bar number change to the short bar.

I’m sure you’re right. Honestly the shiftX text is much easier though, especially considering it’s only a 1 page score so it doesn’t cause much of a semantics issue as far as daisy chaining problems are concerned.

I notice that, if one has an anacrusis which is recognised and continued in a piece through repeated sections, that the bar number is not shown.
It is certainly easy to add using shift-X but I’m surprised that Dorico doesn’t use the standard convention of giving pick-up bars of new sections the bar number continued from the last part bar of the previous section…
I don’t have a Gould so I don’t know the standard here.
Perhaps there is a switch/option that I haven’t found yet? 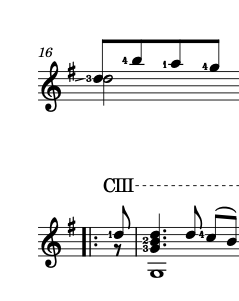 Andy, this is one case that doesn’t seem to be caught by Layout Options > Bar Numbers > Show bar number at start of system for bar split over break. If the repeat barline isn’t there, you get a square bracketed bar number as expected. Rather than adding Shift-X text, in your case, it may make more sense to right-click the repeat barline and go Bar Numbers > Add Bar Number Change. Then, without selecting anything, click OK.

Excellently simple - but would never have thought of that!
Thanks, Leo.