Missing HALion Sonic sounds from Cubase, but not from standalone HALion

I just noticed that in Cubase if I select HALion Sonic 3 as a instrument, it has a few sounds missing, but they are there if I run HALion Sonic 3 standalone.

In HALion Sonic 3 opened in Cubase, with no filters set, I have just the following 10 things above the GM stuff.

Where as, if I run it standalone, I have 44 above the GM stuff (if I counted correctly) with various things from various categories. Not typing them all, but the first few are

I selected D:\VSTSOUND and D:\VST64 and D:\VST32 as the install paths whenever I’ve been given the options under the various installs.

If I select “HALion” (the non SE version of HALion sonic) or “HALion 6” in Cubase, the files are all there.

So it’s no big deal, although I was following a YouTube vid that used the “80s Bass ARP” in Halion Sonic SE as all Cubase owners have it.

Hmm, I’ve just had another look, something strange is happening (or more probably I’m being stupid)

here’s a screenshot of the other guy using 9.0, when he specifically chose to pick 80s Bass ARP as everyone should have it. 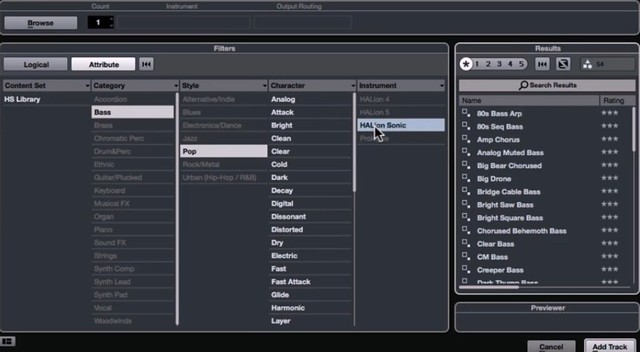 here’s a screenshot from me doing exactly the same thing in 9.5, but I have no 80s Bass Arp (note I only have 7 in the right hand side compared to his 54. 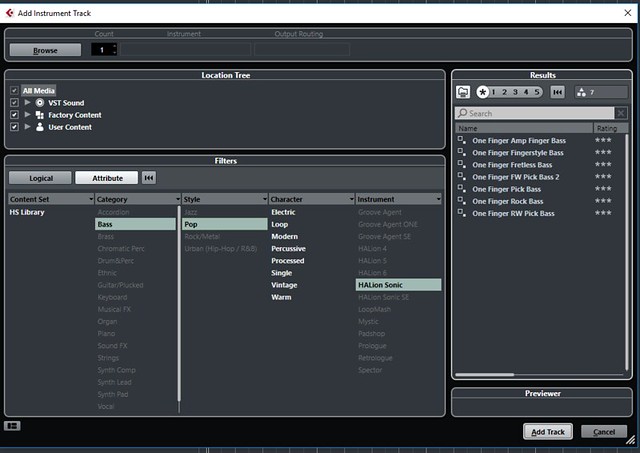 here’s a screenshot of me with no attributes at all selected, there’s still no 80s Bass Arp 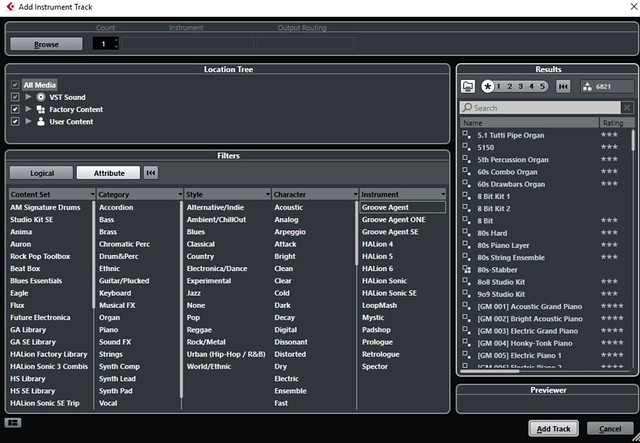 So instead, I click on browse again and then insert the HALlon Sonic VST as per this screenshot 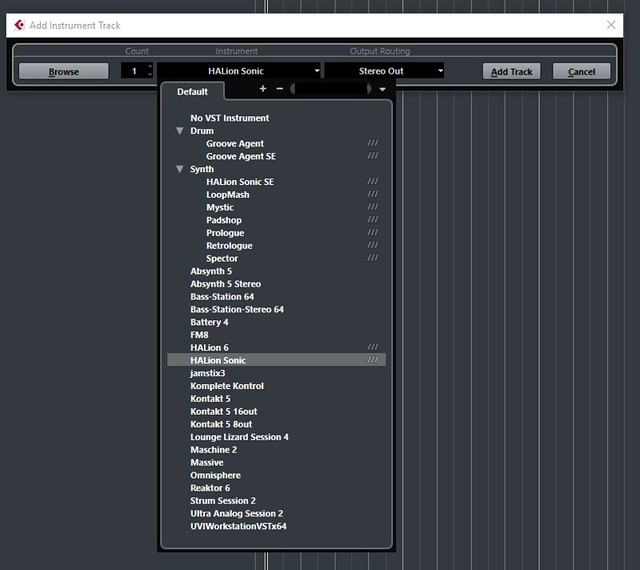 And low and behold, 80s Bass Arp is there as per this screenshot. 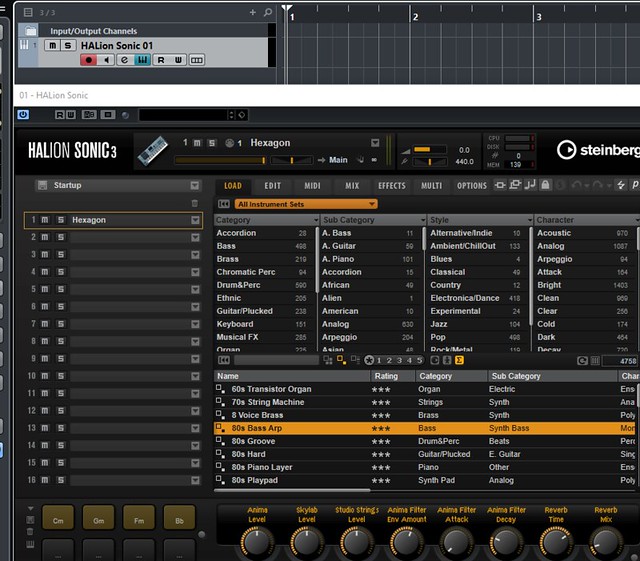 It’s not a real problem for me at all, it’s more I’m wondering why.