Hello Dorico users
I’ve been working through a complicated layout.
In Engrave > Staff Spacing, I’ve adjusted the gap between each staff and each system so it all fits beautifully and looks nice. Problem is, if I do the slightest thing like, say, adjust slur curvature in Engraving Options, or change lyric font just a little, or almost anything else, then it knocks out all my most careful and painstaking adjustments.
So is there any way to lock one’s Staff Spacing adjustments so that subsequent little changes don’t mess them up? I know there is a Lock Layout setting. But that only adds system and frame breaks, but doesn’t prevent the Staff Spacing adjustments from shifting.
How can I lock the Staff Spacing adjustments, please?
Thanks for any advice

The Engrave mode > Staff Spacing tool is more intended for local tweaking, rather than overall staff/system spacing. For getting your layout mostly (or entirely) well-spaced vertically, you want to change the layout’s vertical spacing settings.

Dorico Pro provides multiple options that you can use to control the default vertical spacing and justification of staves and systems in each layout.

There are a couple of really good Discover Dorico sessions on staff spacing, e.g. 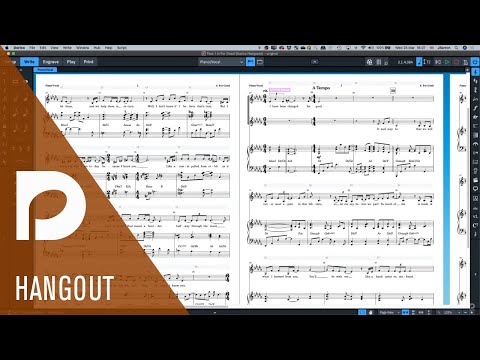 The Golden Rule of Dorico is: “Try to do less”! You want to make as few manual adjustments as necessary. Don’t adjust every single staff and system manually!!

As Lillie shows: use the Layout Options to set out how you want things laid out, and then make a few minor manual adjustments where that’s not perfect.

The same with bars and systems: I usually only apply Breaks where Dorico’s spacing isn’t quite right – usually the last two systems of a flow.

Thank you, Lillie and BenWiggy, for your replies.
I’ve listened thru quite a lot of this video and looked at the list of topics below it. I fear it’s mostly all stuff I know, tho I’ll listen thru to the end.
My problem is that when I insert something like a TUTTI or CORO or SOLO direction coinciding with a dynamic, then Dorico (reasonably enough) stacks them. If there is a tempo marking, it stacks that too. But this makes for terrible spacing. Dorico always seems to leave far too much space above texts and slurs, and crush everything else on the page, and there doesn’t seem to an option to reduce the space above text.
So I finally find it much quicker just to type the spacing I need in the Staff Spacing boxes. It’s quick and simple. But it’s like trying to write on water, since these settings are so unstable. All the great benefits of this fine-tuning mechanism to make beautiful layouts are lost by its inability to lock.
Could the Dorico-makers please consider an option to Lock Staff Spacing frame by frame and system by system? We’ve got lots of faith in you guys.

Firstly, try adding the text at the next grid position to the dynamic. Then adjust the manual position if needed.
Also, there is a Property for whether text is allowed to collide or not. That will stop Dorico moving things away from the Text.

Thanks, Benwiggy.
Unfortunately, there doesn’t seem to be an Avoid Collisions option for dynamics. That would be useful.

No, but if you keep the dynamics where Dorico puts them, then place the TUTTI text at a slightly different beat position, and/or turn off collision avoidance for the text.

If you show an example, then we may be able to provide more specific advice.

Thanks again. I’m honestly aware of the options of moving and keeping dynamics and text. I’ve had plenty practice.

But to show an example, I’d need to undo the respacing that I’ve done.

And what 's the point in that.
But I have situations where I have CORO + dynamic + Tempo indications + Section heading (Et incarnatus) all converge in one place. I don’t see any option but to do it manually.
More, I actually like doing it manually. I can do it quickly. I just want it to stay in place.

A lot of how Dorico calculates spacing is relative: staves on some systems will be further apart than on other staves if the first contains particularly high/low notes that extend beyond the staff, or has extra notations, etc. If the pitches of notes change or you add/remove notations, the positions of the staves can therefore be adjusted and they are automatically. In the same way that graphical offsets are relative to an item’s “default” position, rather than an exact co-ordinate on the page.

I can only strongly recommend using the available vertical spacing settings so much, so I won’t over-egg that point. Suffice to say that they can do a really great job once you’re comfortable with how they can work in combination with each other, and even if there are still some staves/systems that need adjusting, hopefully they’re the minority rather than the majority.

If you really want to handle this all manually, it might just be worth deciding what the most efficient order to make changes is for you: such as leaving moving staves around to as late in the process as possible (particularly as they’re sensitive to casting off, meaning if you insert a page at the start of the layout say, all or many of your staff spacing overrides can be lost), or at least until after doing things like disabling collision avoidance for prominent text items.

Thanks, Lillie. I understand your viewpoint.
But I do hope the Dorico team will please take on board my suggestion for locking Staff Spacing.
IHMO, the human eye still beats software for real music engraving.

Yesterday I was struggling with Staff Spacing settings that kept moving. I was wishing they were lockable and saying Dorico didn’t provide the reliable spacings I needed.
I thought about this later and realized that my approach to Layout > Vertical Spacing > Staff and Inter-System gaps has been a bit haphazard. I’ve usually just made a few simple adjustments and left them. I experimented a bit and found that with precise tweaking of these gaps, I can get the default layout just as I want it, that is, three SATB systems with 14mm between staves in each system. This is very good to know, and will help me a lot. So I’m very grateful to Lillie and BenWiggy for their patient explanations.
One more suggestion… Would it not be possible to have some default settings in Vertical Spacing which are easier for the likes of me? Could there not be default settings (when you open, say, an SATB score in rastral size 5) for 13mm or 14mm or 15mm staff to staff gaps?
PS. Lockable Staff Spacing would still be good.

Would it not be possible to have some default settings in Vertical Spacing which are easier for the likes of me? Could there not be default settings (when you open, say, an SATB score in rastral size 5) for 13mm or 14mm or 15mm staff to staff gaps?

“Defaults are always wrong, whatever they are.”

It would be impossible for the Dorico team to provide a range of templates that suited everyone.

It doesn’t take long to whip up some templates yourself, or just save Layout Option defaults to what you need.

If you look at professional engraving, the space between systems varies, depending on the contents of each system.

Dear Mnatseah,
Reading your last threads, I was having the feeling that what you needed was a Score™ version of Dorico… It’s really fine to try and make the software better, so no pun intended. It’s also a good thing to try and understand the tool, not to fight against it. It’s a delicate balance, I know. (and I would add that a Score™ option could be really nice at some point, for those of us who don’t want any of Dorico’s magic in their scores)

Merci, Marc. I’ve not used Score, but from what I understand, its was famed for its solidity and precision.
I suppose a bit of that might be nice in Dorico. But I wouldn’t like to lose the Dorico magic, especially now that I’m one step closer to getting it to work with me rather than fight against me.
Thanks to everyone.

I would add that a Score™ option could be really nice at some point, for those of us who don’t want any of Dorico’s magic in their scores

I’m not sure I understand what you’re suggesting here, Marc – but if you want to create the highest quality engraving by typing in numbers, then Lilypond is available.

Hi Ben.
I was suggesting that giving precise numbers for where things should stand is more a “graphics software” thing than a semantics software (which Lilypond is), and looked like a Score approach much more than a Dorico’s one. But I perfectly understand that sometimes, you don’t want anything to be shuffled just because you’ve added something.

I completely agree, Marc. There really are times where I want to move forward on my own without any additional automatic adjustments. Particularly in regards to staff spacing and note spacing.

Obviously I love what Dorico does, and I’ve adapted my workflow, but I still think an option like this could be extremely valuable. Of course I suppose it opens the door to lots of user error, then…

I agree with everything said, and I’m aware of all the options and I do work with them. But there’s that one odd moment when you’ve finished a work, then you have a performance, you find a mistake or typo in the score, open Dorico to correct it, make the correction and BOOM! The neat spacing of the entire page is ruined! So, I do think that having a real and true Locking System command or option is still a very good thing to add to this (already) amazing software. Thanks!

Also +1 to all the suggestions here. As a real-life, actual SCORE™ (lol) user, I can tell you that in many ways it is a painful and slow program to use, but you can always know that when you’ve stopped moving things, nothing will move ever again. If it were truly possible in Dorico to “lock it all down,” I’d be so happy.

And while Dorico’s vertical spacing settings are fantastic, unless we get a lot more options, I completely agree with Mnatseah that the human eye is still best.

For example, I have a program I use for SCORE files that allows me to say that I want exactly a certain proportion of space above a given staff, or I never want it to expand the space above a specific staff more than X number of spaces… this kind of specificity allows me to (almost) never need to manually adjust spacing. And I can adjust those sorts of proportions at any point in a piece. Dorico’s handful of score-global options don’t given nearly enough control to make every page look right. Add to that the fact that we can’t turn off collision avoidance for many types of objects (I know this was already mentioned). Manual staff adjustment is absolutely essential, and I wish I could be confident it wouldn’t change later on.

Sorry, getting down off my soapbox now!