Cubase Pro 11 noob here. I need a decent acoustic grand piano. Prior to buying Cubase Pro I was led to believe that the stock Halion Se pianos were up to snuff, but I haven’t found any that seem to be. For example the “GM001 Acoustic Grand Piano” sounds OK in some octaves, but in others, like the third octave, it sounds very electronic. I can’t tell if that’s because it’s not that good to begin with or I need to tweak some settings. I own a Steinway “A” grand piano so I’m using that for my baseline of what a decent acoustic piano should sound like.

I’m confused about Halion because I know it has sampling capabilities but it’s also a synth. So are its pianos synthed or sampled? I see Halion has a P90. I own a P80 (the P90’s predecessor) and I’ve used a P90 - they’re “OK” but no one will confuse them with a real piano.
What’s the minimum I have to pay in time and money to get a good, sampled, grand acoustic piano for Cubase? (and why would Cubase “Pro” not already come with one?)

Here is the demo for pianoteq. It’s only 50 MB. Download, play, see if it suits you. Starting price is 130.

No, they’re synthetic. The best synth in the world will never (with current technology, at least) sound as good as a sampled instrument. Read their website:

Ok, but did you play it or listen to it?

Do you know of any sampled libraries that model sympathetic vibrations? I don’t.

Do you know of any sampled libraries that model sympathetic vibrations? I don’t.

If you’re recording off a real piano how can you help but pick up the sympathetic vibrations? But I’ll look into it.
Has anyone here tried Steinberg’s https://www.steinberg.net/vst-instruments/the-grand/ ?

I’d still like to get some answers to my OP, to wit: Since Halion has both sampling and synthesis capability, are any of the pianos fully sampled or are they synthesized, or are they one of those horrible hybrids where they sample a few notes and then stretch and mutate the notes in-between? Where can I see some documentation on those “pianos”?

Edit: I just made an interesting discovery. Because I still have FL Studio installed on this PC, when I do “Add Instrument Track” I get “FL Studio VSTi” as one of the options. That gives me access to all the sampled instruments in its DirectWave plugin.

If you’re recording off a real piano how can you help but pick up the sympathetic vibrations?

Since Halion has both sampling and synthesis capability, are any of the pianos fully sampled or are they synthesized, or are they one of those horrible hybrids where they sample a few notes and then stretch and mutate the notes in-between? Where can I see some documentation on those “pianos”?

I suspect that the full priced Halion instrument will unavoidably have some great pianos, but I’ll let others confirm this. Personally, I can’t say I was thrilled with the pianos (real, acoustic, classical, call it what you like) that Cubase Pro offers right out of the box either. On the other hand, I bought pianoteq after 1 hour of running the demo, playing on an old Roland electric piano (weighted).

I have demoed the Grand, can’t say I was thrilled.

If you’re sampling one note at a time, you don’t have sympathetic vibrations.

What makes you think that? If even one string in a piano is vibrating other strings will vibrate sympathetically if their dampers are lifted, as they would be if the sustain pedal is pressed.

I suspect that the full priced Halion instrument will unavoidably have some great pianos, but I’ll let others confirm this.

I still don’t understand how Steinberg gets away with selling the toy versions of these synths in the “Pro” version of their DAW.

if their dampers are lifted, as they would be if the sustain pedal is pressed.

I still don’t understand how Steinberg gets away with selling the toy versions of these synths in the “Pro” version of their DAW.

Halion is a product with a price nearly as high as Cubase. I don’t know if it would make sense to bundle it in Cubase Pro. The patches that the free Halion Sonic offers and have a VX in the name are pretty great though!

I think the best piano sound that comes with Cubase is the Yamaha S90 ES (I might get the name wrong).

Don’t bother with GM sounds if you are looking for “real” piano sound.

The full Halion has some better piano libraries but again, you may or may not like them.

If even one string in a piano is vibrating other strings will vibrate sympathetically if their dampers are lifted, as they would be if the sustain pedal is pressed.

You could easily emulate that as well, no? If you’re only talking about sustain pedal pressed = generate sound from all non-pressed strings that doesn’t seem to complicated. As a matter of fact I’d say it’s in a way equally complicated in that you have to take into account which strings are being pressed [won’t sympathetically resonate] and exclude them and then add the sympathetic resonance of the rest. Meaning the decision ‘equation’ is equal to both sampled and modeled.

The difference however is that if you want to do it right then for a sampled piano you’d really have to decide just how many combinations you want to capture. Are you going to capture them all or just some? Suppose you play a chord fairly high up mp, that’s going to yield different results than a chord far lower played f. You’d have to sample resonance for ‘inactive’ strings when chords chords are played, different velocities, and more. Perhaps they do when they sample, perhaps they don’t.

But it would seem to me that you could create an algorithm that rapidly and relatively easily figures out what ‘string’ needs to do what. That doesn’t mean the sound is great necessarily, but I think in terms of complexity it can absolutely be done.

As with sampling I don’t know if this model does that.

I guess my point is don’t diss it before you try… or ‘investigate’.

OK, so I’ve tried it. It’s pretty good. I got Steinway D and B. (I own an actual, acoustic A, so I have a close basis for comparison)

The notes in the lower-middle octaves of the PianoTeq have some unnatural metallic resonances but I was able to control those with EQ. The overall sound is rather “dead” compared to the real instrument because when you strike a key on the real instrument there are all kinds of sympathetic vibrations with the other strings, with the case, and with other bits of hardware, that you don’t get with the synthesized piano - although I agree that there’s no reason why they couldn’t try to synthesize those.

But overall the PianoTeq is a huge improvement over the pianos in the stock Halion instrument, so at least I can resume my composing. I’m utterly baffled by why Cubase “Pro” has such toylike pianos and I dread what I’m going to find for other traditional instruments in Cubase “Pro”! With the stock synths, Steinberg should call this Cubase “Am”. Thanks for the suggestion.

I spent a year in a studio trying to get a real piano sound and it was frustrating. Invested money in expensive VSTIs and what eventually worked was not the VSTi used but the input. It may not need saying, but if you are using a basic non-weighted midi controller, the performance may be off.
For different sections of the music we had to apply different velocity curves, and narrowing the wide stereo sound most VSTi’s tried to apply. It also required a lot of creativity with different reverbs, using different reverbs for lows, mids and top end. I think the day we turned a corner was adding a long sustaining reverb to the bottom end and had a wet mix of about 2%. It filled in all the hollow cracks.
Generally speaking, more expensive the VSTi - the more customisable it is - so its a lot of work.
You may also have one of the biggest hurdles we had going against you. You most likely have a bias to what a piano should sound like based on the one you have. You will never find a VSTi that captures every nuance so don’t get too micro on the details. I need to go drink now as I this has resurfaced some horrible memories… arrrgh.

Piano sounds are a question of taste.
Listen to these: 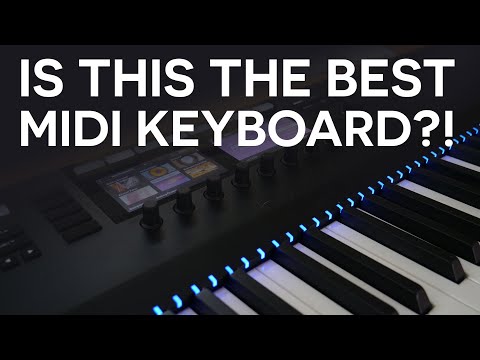 (the best virtual concert grand on the market today) 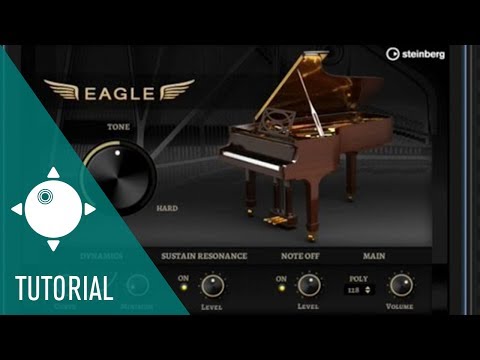 (Eagle from HALion 6 / HALion Sonic 3, not bad at all)
The first one is 285 €, HS3 costs ~ 200 € and gives a lot more than just this piano sound.
If you have the money, go for Synchron Bösendorfer Imperial. If you want to keep your setup small and good quality, HS3 can be an option. BUT: The whole HALion family does not like low latencies; below 128 samples buffer size, HALion6, HS3, HS SE, GA5, The Grand etc. perform quite poor.