How can I switch to the old play cursor, without the white lines ??

I didn’t notice it until you brought it up but now that I notice it I like the previous one better as well. This one is too thick

Just look at the screen.

Are you guys saying the pref at Preferences>Transport>Cursor Width is gone? 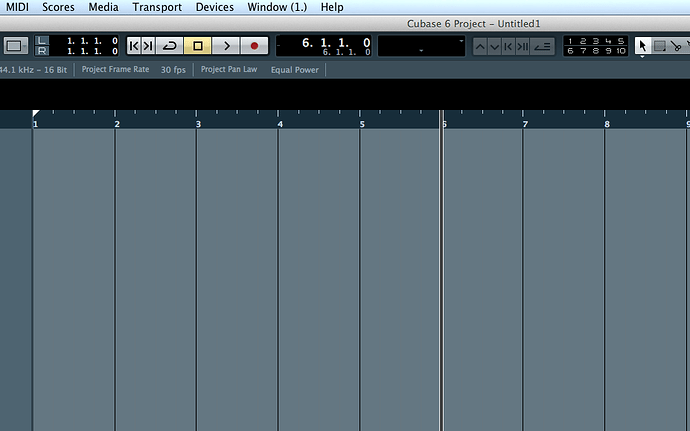 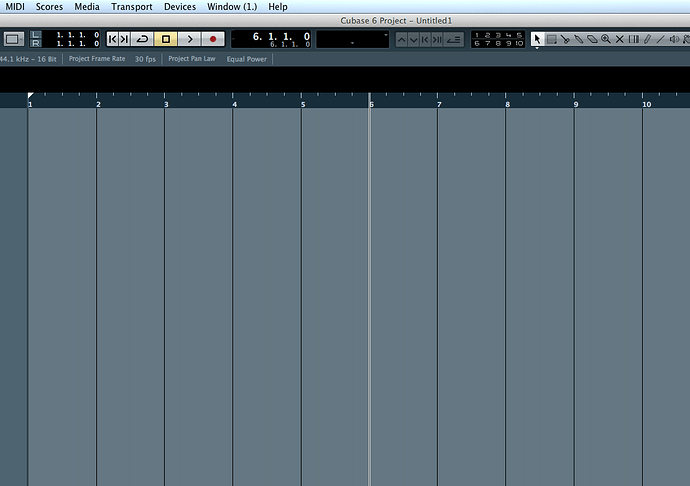 No, the Width setting is still there.

BUT … i never had white lines on the cursor, neither in C6.5.

I think there was an extra option, to turn those white lines off.
But I must have done that many many years ago …
Guess the setting has since been imported through all the updates.
Obviously not when updating to C7.
Also couldn’t find anything to turn them off in C7 ?

The screenshots are from C6 Mac and it has white lines.

Yes, I vaguely remember a setting for a mask on the cursor too, but it was pre-6.0 evidently.

Yep, thanks Puma.
Obviously, Steinbergians are back from holiday and Messe.
( Still a bit ‘off’, though

So I repeat :
how can these white lines, around the cursor, be turned off ??

How would that attract Mac users? Or am I not hearing your sarcasm?

How would that attract Mac users? Or am I not hearing your sarcasm?

I’m bad at sarcasm. I meant to imply that the new cursor was designed to look like the pointer in OSX, getting at some attempt to appease Mac users by trying to show that it’s integrated in both functionality and looks in as many ways as possible.

That’s the only reasonable explanation I could think, I mean, it makes no sense otherwise. Could it be change for the sake of change? That’s silliness.

Hm. They haven’t really succeeded then! It doesn’t remind me of the mac cursor. Plus I am not appeased. That leaves silliness.

Agreed. Not sure what they were thinking!

just to be clear, the play cursor has been like this on Mac since I can remember. It would be nice to have a thin, neat one, but It’s not a big deal… I have other things to grouse about.

I remember being annoyed by this when I first tried 7. Steve (InChicago

I guess I’ve somewhat become accustomed to it by now since I haven’t used 6.5 for a couple of months, but I do still miss it.

Bring back the thin cursor!

And make it available for the the Mac guys, too (if the iCult overlords will allow - just kidding, of course

And stop that, it’s getting silly …

… and now for something completely different

Thanks, Dada, for having point this, and another bump is not useless.

So, it’s not a bug, but a real nuisance : with my ageing eys, I just can’t work seriously with it, the whole thing appears blurry while masking what is underneath, threfore locating precisely with the eyes without zooming is much more difficult and tiring. Another UI/workflow regression which keeps me using C6.5 instead…

I complained (moaned ?) about this one on several threads, made an issue report and even PM to someone in Steiny development staff to expose the problem. Still waiting for an answer : until now, I only got a disdainful silence… As often with Steiny, such a regression/unwanted change won’t be discussed, until enough of us make clear to them that it is what it is : a evident mistake.

Who on earth is responsible of such an injurious change ?

To whom have I the honour of answering ? ‘Brain’ ? ‘Emotive’ ? Just asking this, seeing your posts count since you are registered here, less than 2 months ago. An amazingly active, though new born immortal…

Keep your condescending tone, please. What I am stating has nothing to do with a whim : it’s a true nuisance for someone like me who is no more 25 years old.

Yes, by completely masking them : talk about an improvement !

By the way, did you know that grid lines could be easily set in a different color tone than the cursor one in 6.5 ? It still doable with C7, but with much more hassle : only the color is editable with strange artifacts (the horizontal lines don’t have the same appearance as the vertical ones), not the brightness/tone of them. But this is another subject related to the disappeared ‘Preferences/Appearance/Work area’ page which is also a source of my kiddy like weepings…

I didn’t have a problem seeing it the way it was.

You are saying that because I prefer to see the previous cursor style instead of the new one (which I can’t make look like the old one), I am crying and enjoy listening to it?