Steinberg Media Technologies is pleased to announce the immediate release of the new VST 3 C API. The new API allows VST developers to easily create bindings to other programming languages, like Python, Rust and Kotlin, to write VST 3 plug-ins and hosts in their preferred languages.

The API is automatically generated from the C++ API via a Python script, which is also available as open source on GitHub. The new C API is licensed under the same Steinberg VST 3 license as the VST 3 SDK, or alternatively under the terms of the General Public License (GPL) version 3. 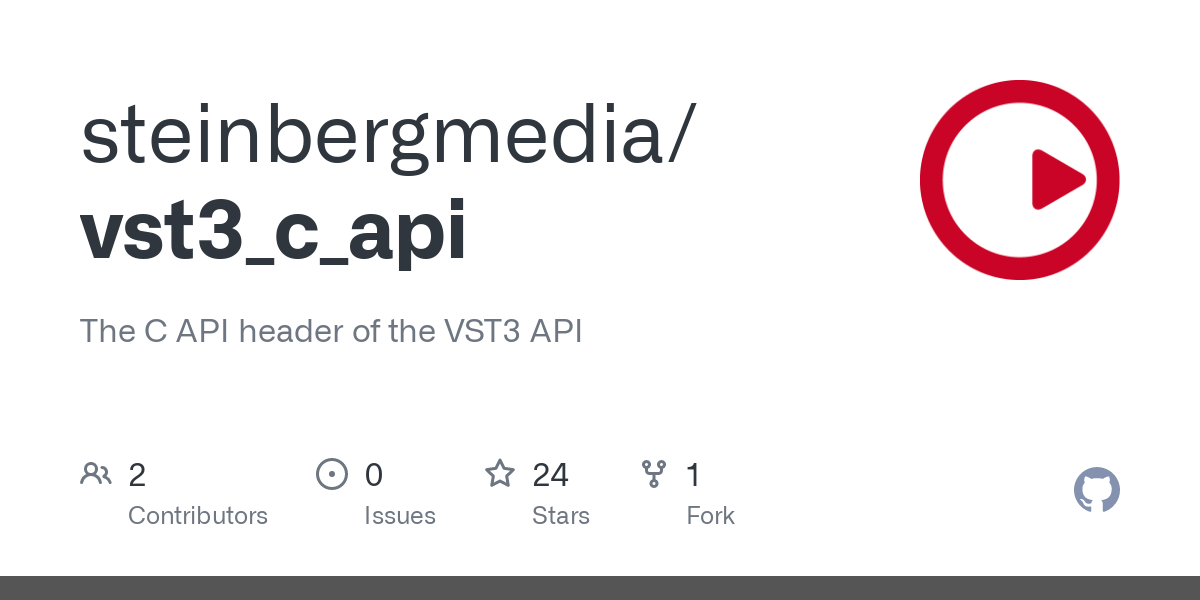 GitHub - steinbergmedia/vst3_c_api: The C API header of the VST3 API

The C API header of the VST3 API. Contribute to steinbergmedia/vst3_c_api development by creating an account on GitHub.

We’ve had Rust bindings for several years. The technical problem of generating the bindings was solved (although C bindings make life a bit easier) a long time ago. There’s no reason a similar strategy could have been used for Kotlin and Python.

The hurdle of language bindings is the license. We cannot redistribute the bindings under anything but the GPL - which is the biggest complaint I’ve gotten about the Rust bindings for the last 3 years.

If if makes you feel better, @mhilgendorf and @pongasoft, the US Supreme Court made it very clear in Google V Oracle that header files are not copyrightable. Implementation is the only thing that can be copyrighted-- the contents of the VST C API contain zero implementation, only API declarations. Per supreme court:

Breyer’s analysis identified that APIs served as declaring code rather than implementation, and that in context of copyright, it served an “organization function” similar to the Dewey Decimal System, in which fair use is more applicable."

So long as the specific code used to implement a method is different, anyone is free under the Copyright Act to write his or her own code to carry out exactly the same function or specification of any methods used in the Java API. It does not matter that the declaration or method header lines are identical.

This use case is precisely identical, since we are not borrowing any implementation, and thus, the copyright is non-enforceable.

As, we’re speaking of the ABI (as in the information needed for plug-ins and hosts to interoperate), putting a file with the ABI description into the pubic domain would help people embrace the use of VST3. In EU (probably other countries) the ABI is not copyrightable, so putting a restrictive license on such a file only creates fear and doubt, in my humble opinion. From this stand-point, may I suggest releasing this file under a permissive license?

In any case, thank you the C API header, great job!