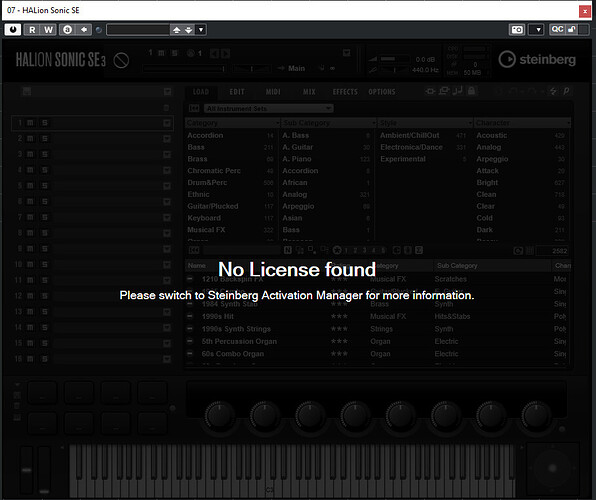 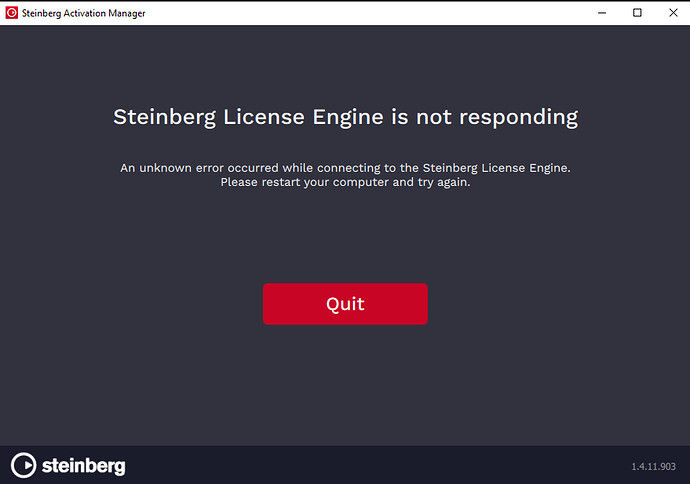 I have been working on a paying project for the last few days without an issue when suddenly this morning I got the following error message which affects a range of Steinberg products for which I have a valid licence.

I have a backup PC system which has the same issue. I am running on Windows 10 with Cubase 12. I have seen other people have had similar problems in the past and I have tried a few of the proposed solutions without success.

Can anyone please help?

I think I have fixed it courtesy of another poster, FormerYammyFan, with a similar issue. It seems Firefox was the problem. I don’t understand why it worked yesterday but not today.

I just had that a few times in Cubase (12 pro, 12.0.52) following a “serious error”. I tried it with Firefox and without Firefox open, so probably not that. It needs some more investigation. The no-license issue seems to clear after a reboot.

I suspect McAfee could be to blame. The day before I had these problems I downloaded the latest version of Firefox and made it my default browser (I was fed up with Chrome). I then had Licence Engine issues. Rebooting did nothing.

I came across another thread with someone in a similar situation. He changed his default browser from McAfee to Microsoft Edge and everything worked as advertised. I did the same and everything worked. It seems McAfee prevents the Licence Engine from communicating with the Steinberg licencing servers.

I’m a musician, not an IT guy so I have no idea but it seems two of us with similar issues solved the problem by changing our default browser.