See this video. note, when I change the lyrics to italic, they move up (which is actually where I want them to be to avoid the “6” from the tuplet)… however, note that after un-ticking ‘italic’, they don’t de-italicize (however, closing, reopening the file they revert to non-italic… but they also revert to their position).

Are the lyrics supposed to avoid the tuplet by default? 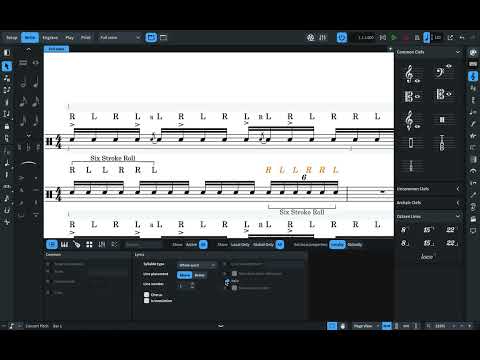 Another odd scenario… with lyrics above tuples.

It’s possible you might get better results using Playing Techniques, rather than Lyrics.

If those were ‘actual’ Lyrics, then they would be below the notes, and the tuplet safely on the other side.