Currently, when the user right-clicks the tracks column of the transport, the user is permitted to press convenient hotkeys which allow the user to enter the Create audio track (A), FX track (F), etc dialogues quite quickly.

(If anyone is aware of the master list of these hotkeys I would appreciate it, as I haven’t been able to find the keys for all the track types) 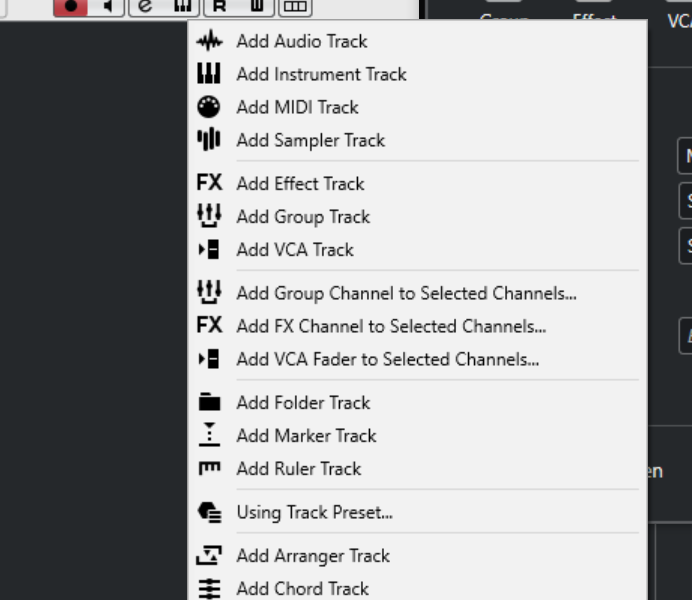 Cubase also features the (T) hotkey which opens the Add Track dialogue below. This command is useful as pressing it is generally independent of the user’s current focus state, and does not require use of the mouse to toggle. 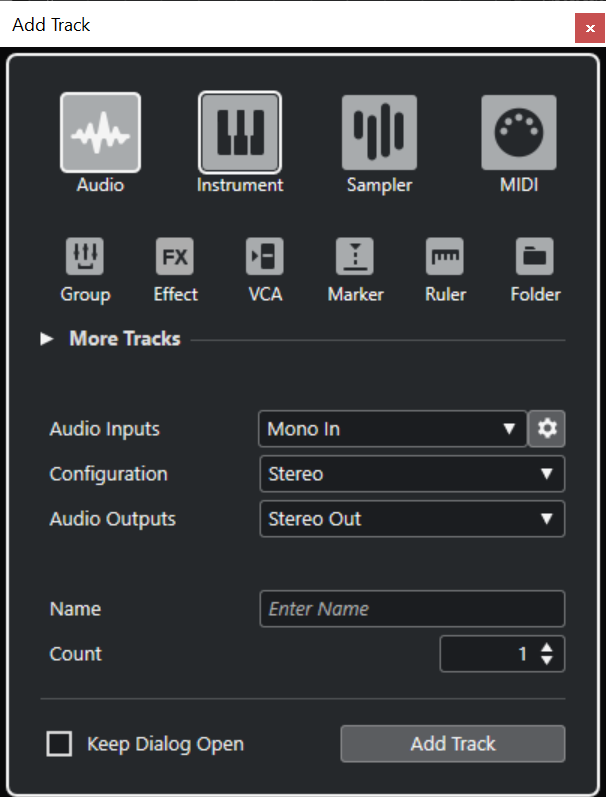 Unintuitively, however, this dialogue does not feature the same hotkeys as the tracks column right-click menu. I am constantly pressing these keys while this dialogue is open, and unintentionally performing the associated actions in the broader program state. More importantly, fixing this would allow users to enter the desired create track dialogues in only two keystrokes, and independent of the user’s current focus state, which would create a wonderful flow and user experience.