Over my head..... playback issues

OK, I will try to make this brief…

I am not very “functional” in the playback realm of things. A lot of things I don’t understand.

I am working on a snare drum duet. I am using the Virtual Drumline (VDL) as my sound library. I am trying to get each instrument to pan left or right.

What am I doing wrong? Can anybody explain?

Have you tried panning directly on Dorico’s mixer? The Pan parameter in your VSTi might be automated (and reset to center… unless you overwrite the “automation” somewhere, like a cc?)
The panning in Dorico is not programmable (yet) so you should get the result you want.

I’ll keep playing with it.

I cannot imagine how this could make things worse, but I don’t know VDL. Are the separate snares on different faders in the mixer? Then it should be easy and reliable. If not (like NotePerformer), then the plug-in editor should be used.

Here is what I have…

I move the sliders to pan the 2 separate channels. 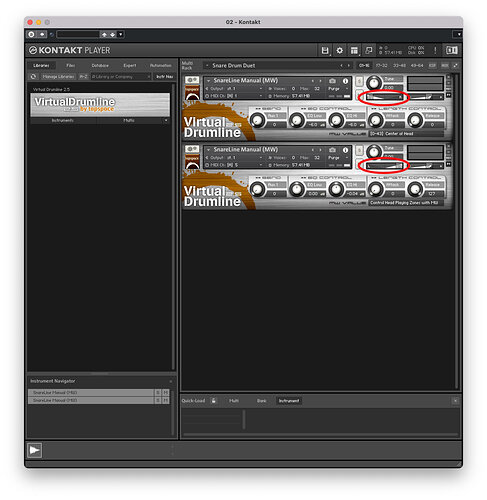 When I go back to write mode, and hit play, channel 5 (SD2) does play to the right speaker. But Channel 1 (SD1) plays centered. When I reopen the VST Rack, SD1 is some how centered again. 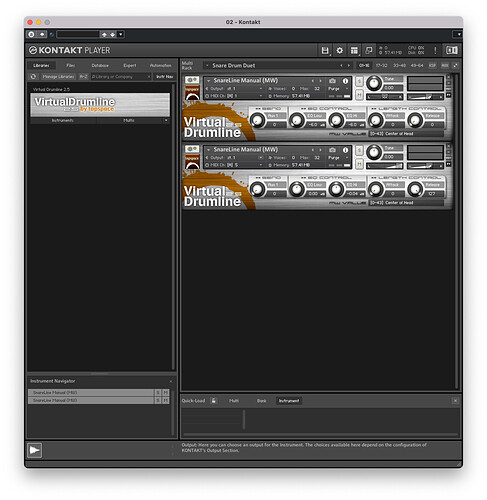 When I move the sliders at the bottom of the window to pan there. Panning SD2 to the right mutes the voice, so I cannot hear it. 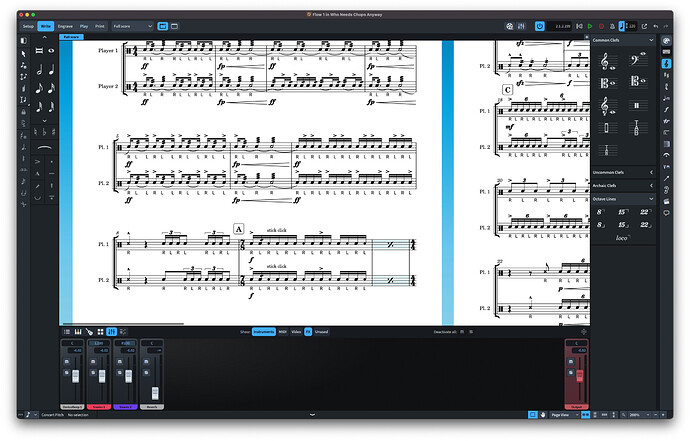 This may be a very basic thing, but Playback is certainly my weakness when it comes to Dorico.

Thanks for you help Marc. If you can think of anything else, please let me know.

I just tried something else… I opened Kontakt, and deleted all of the instruments.

I then loaded the saved multi that has these 2 instruments. When the multi loaded, it showed SD1 panned left, SD2 panned right. I went to write mode, hit play, it sounded centered. Reopened Kontakt, and SD1 was centered.

Is there some place else that might be sending panning information that I am unaware of?

Yes, exactly…open instrument options in each Kontakt instance (click the cog wheel) and go to the controller tab. If you uncheck that as SampoKasurinen suggests, the panning should not get reset each time you hit PLAY in Dorico.

Thank you so much the help!