Over Waters That Test Us

Over Waters That Test Us

Again, thanks for listening and commenting, Polish Dick Dale lol, lefty all the way

Sorry, apparently this one eluded me! It sounds wonderful! Great metal sounds. You play guitar left-handed? I’m a left hander, but never understood why guitarists, among all instrumentalists, consider it important. (So I play right-handed). I’ve seen that there are a small minority of left handed violinists, but it’s quite impractical in an orchestra! But generally unheard of in the classical world.

Thanks Early, yes I am left handed but I do not consider it important lol, at all. Reading your post I must admit I don’t think I have ever seen left handed violinists or Cellists in any orchestra, that’s crazy come to think of it. You play right handed? Did you do that from the beginning? I have tried but was totally useless, I learned left handed from the start, even though I started out as a drummer, every time I picked up a guitar when we took a break at rehearsals, they were right handed and it just felt wrong to me. So I played them upside down, I still do sometimes at my friends when visiting, but only chords etc.

I always played right-handed. In an orchestra, all the violinists have to hold their instruments the same way or their bows and headstocks would bump into each other! There are also no left-handed pianos.

haha I never actually thought about the piano thing, mad, surely if a super duper strings player is a lefty they must accommodate, otherwise he/she/it better learn to play right handed quickly. I couldn’t help myself had to search for lefty piano, and to my surprise: 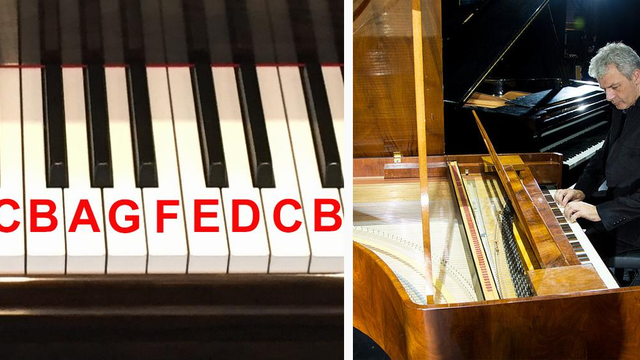 It's a bit mind-bending to watch, but it's a thing. And it plays Tchaikovsky.

I am really fascinated with what he said about being left or right eyed, I live and learn bro

Effing awesome, played it so loud my speakers fell off the wall and the neighbours left home…luved it!!

eheh that’s cool, louder the better, thanks for playing the track so glad you enjoyed it

Interesting that you are a lefty guitarist. I listened to this and read through the comments after your more recently posted track. This is cool, and does kind of strangely invoke the Ventures, although the 2 handed tapping brought it elsewhere.
As for the discussion of other lefty instruments, I always thought lefty violinists or violists in orchestras might run the risk of poking out someone’s eyes! I’ve played lefty for over 50 years and have always regretted the lack of instruments available and those awful “lefty premiums” that some manufacturers put on their guitars and basses. Very unfair.
Nice work here, although I’ll admit again to not being a big fan of this type of drum track.
John

Thank you, I feel the same, never enough left handed instruments in stores either, I have struggled with that my entire life, so in the past couple of years have taken to assembling my own guitars from premium parts. What ‘type’ of drum track are you talking about? Possibly the trigger on the kick? I feel it’s a bit too strong?