When trying to paste a drum sample on top of an existing drum track, it won’t let you

Rock drums, drummer has a few soft kick hits. Copy a nice solid kick sample from the performance and just paste it over the bad kicks.

There should be no problem to paste audio samples onto an existing track.
Please make sure to paste the file(s) onto an audio track.

To learn more about Cubasis, please have a look at our dedicated “Getting started with Cubasis” tutorial: 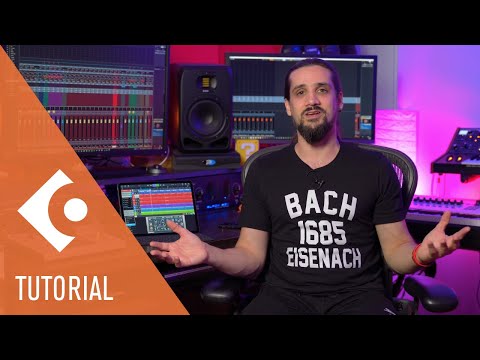 Trying to paste a kick sample right on top of the existing kick track. Nothing happens.

Seems you can only paste if there’s nothing there. Can’t paste on top.

Please let me have a short video that shows the problem, so we can see it ourselves.

Thanks in advance
& stay safe,
Lars

Can’t upload. I’ll have to change the format.

But. You literally can’t paste a sample over an existing track. I’ll put it on Dropbox. Say I wanted to replace the word “hello” with another word in my clipboard. I can’t just go to hello and replace. Won’t let me.

Here’s a link. I know I prob sound aggravated lol. Don’t mean it. Just a couple super important things are missing and it blows my mind as to why. Maybe there just isn’t enough input from people who record and mix a real band?

This instance. Drums absolutely must be edited. There’s always some hits that are either off time or just are too soft. Drum replacement is literally in every song lol

So. In this instance, I have copied a perfect kick sample. And I want to paste it OVER the bad hits( cause they are too soft).

Also, it’s super hard to time align things when the grid isn’t showing on the track. Sure you can line the play head up and try to edit. But then you have that big line taking up the space that you really need to see to place the transients.

You can see in the sample above,it’s very hard to edit things with no grid lines showing also.

A simple “show transparent events”. OR have a slider that is called “track event transparency”. That way we can see that grid. Or “show grid through event”.

These 2 things are just deal breakers for people who are editing REAL bands.

Lemme know what you think. But Cubase has this nailed.

I have a bunch of ideas lol

When previewing midi, should be a little tick box that says “play through selected track”

Or just have it defaulted to that. How am I supposed to drag and drop my midi to make a drum track if I can’t preview them? Lol

If you paste an audio clip onto another existing audio clip, it will paste next to it (wherever there is nothing on the track, after the existing clip).

In Cubasis 3 (for now) putting an audio clip onto another doesn’t replace it, in facts the two will be playing but you will be able to see only one (they can hide each other, which can makes things very messy…)

If i where in the situation you described (about the kick you have to replace), i would create a new track next to the existing kick, paste the kick i want and align it on this new track (with the old one just above to align easily).