I have a Cubase 6 license that I could either:

What would you do?

Please. No feature lists. I know the differences between Cubase and Nuendo. I´ve studied them carefully. I would like to hear your opinion.
Which would you choose and why?

I wish I had saved my money and stayed with Cubase. I am “just” a music composer, not for film or any other reason than music.
Unless you are doing video, or for gaming, I would suggest you stay with Cubase.

Hello Myrmidons,
Why do you wish you stayed with Cubase? What are you missing?

The decision is of course personal for your unique situation. If you need or want any of the extra Nuendo features, go with Nuendo. If you don’t, then stick with Cubase. I think it’s a no-brainer to move to Nuendo with the current pricing, if there is any chance whatsoever that you might work with film/video/media/gaming. The price difference has never been so small… and IMO those extra features are worth it for any pro, even if you want to dabble outside music-only. But then again, if it’s a financial stretch and/or you’re happy with what Cubase offers, just save the money and stick with Cubase. Good luck.

The real question you should think about is, what do I want to do? What will be my plans within a few months? what I need to achieve my professional goals? You know the difference between Cubase and Nuendo? You already have your answer.

Hello Myrmidons,
Why do you wish you stayed with Cubase? What are you missing?

I don’t think Cubase is better. Just the value-add for me given the additional cash outlay does not justify.
I know many here see the price of the software as a trivial thing because they have very expensive studios, but for me the software is one of the biggest costs in my (home) studio and although I am amazing I struggle to monetize that.

No.2 situations are exactly alike.

I am a music producer and rarely work with video. However, I prefer Nuendo. I make my living doing music therefore the cost differential is not an issue to me. There are a few functions in Nuendo I find helpful. But I have to also say the difference between the two seems to diminish as time goes on…

They used to be macro functions that we’re better along with various other small features that only Nuendo had. Many of those functions are now included with Cubase.

I will continue to stick with Nuendo, paying a price premium for just a couple of features here and there that are worth it to me. But for most “music producers only” I would say Cubase is just fine.

In the past Steinberg has published a list of the differences between the two applications. I don’t think there is one yet for the current versions of both but there may be soon. It’s very helpful when they publish that for people making the decision you are.

In the past Steinberg has published a list of the differences between the two applications. I don’t think there is one yet for the current versions of both but there may be soon. It’s very helpful when they publish that for people making the decision you are. 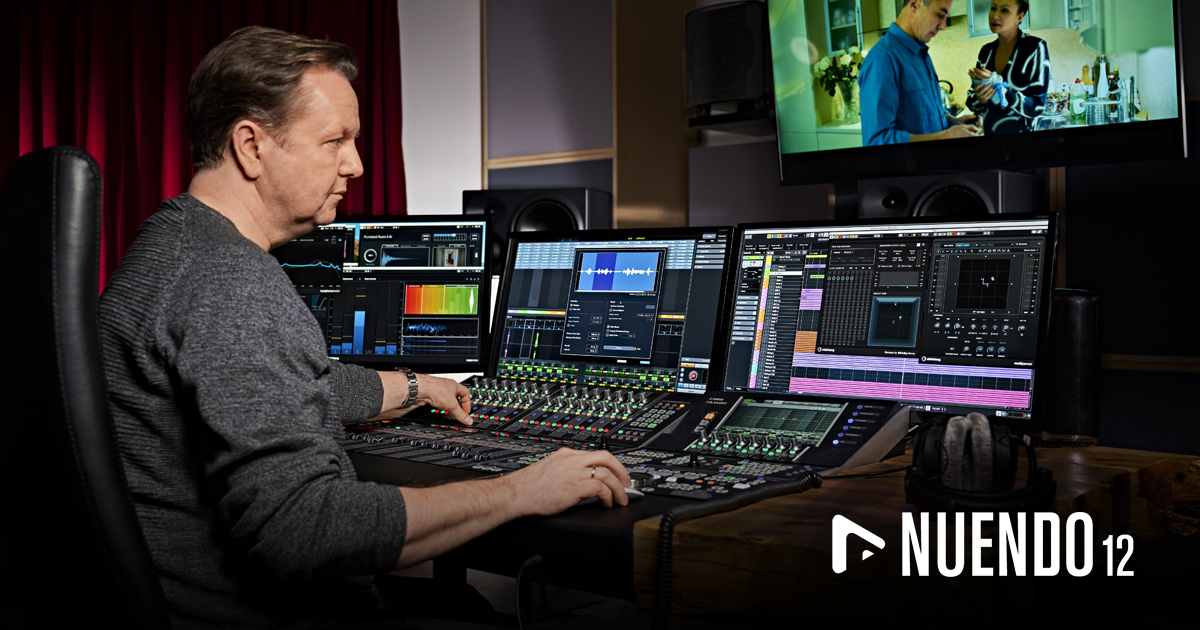 Find out the difference between Nuendo and Cubase. Both have much in common, but there are Nuendo features exclusively made for the pro audio industry.

Thank you guys. All very valid points.
I´m going to list here the reasons why I like Nuendo better over Cubase. I’m not on the video/videogame production market, and I think that for anybody working in these niches Nuendo is a total no-brainer (just look for the price of any ADR/reconform/SurroundPanner/ etc tools outthere, and Nuendo will beat their summed price).

Buuuttt, if you are in the music side of things, then Nuendo may be helpful to you because it offers:

For the moment, that’s all I can think of

One thing that may be taken into consideration, is the upgrade cycles. Nuendo takes longer, which is better since you´re not paying for upgrades as often as with Cubase. On the other hand, you won´t get your hands on all the “cool new features” included in Cubase, until they decide to move them over to Nuendo. So, that’s that.

You also get Doppler, VoiceDesigner, and Sound Randomizer, which all can be used in some fun creative music production scenarios if you want to.

You mention extra video track and video cut detection, etc., so it sounds like you deal with video to some degree… so there’s also going to be video rendering in an upcoming update… that’s going to be a great time saver for some workflows.

As for upgrade cycles, my understanding is that the Cubase and Nuendo development calendars are supposed to be coming into sync now… based on the same dev calendar is what has been mentioned… which means the Nuendo updates will not lag as far behind as Cubase updates when Cubase gets something shiny and new… I think we’re talking a few months versus the much longer wait before. So I think that’s not an issue any more.

I could not work without (for that reason (among others) don;t want to edit in PT…

I could not work without (for that reason (among others) don;t want to edit in PT…

OMG yessssss!!! you are totally right!

And also the advanced automation panel!

And also the advanced automation panel!

Indeed! All these features make Nuendo the pro version over cubase IMO.

I couldn’t agree more with you. I had to make so many macro workarounds in Nuendo to seal the deal to try to get source destination or 3 or 4 point editing that we use all the time to comp tracks together in Pyramix.

I’m coming back to this again after begging for this a two or so years ago. Nuendo and Cubase are almost there with this they just need a button on the track divide to separate the timeline. This would be such a boon (I certainly wouldn’t mind the option of just making a new dock option of a new timeline below). Many ways to skin this.

The multiple markers and using CSV files to import the edit points are so helpful. It’s nice Cubase has more track markers but still not enough. I wish Nuendo had more at times for my workflow with this and different recorded takes.