Hi, I bought cubase 7 in October and I’m really happy with it.
But there’s one thing that I don’t understand. I can’t figure how to apply legato to chords in the piano roll.

I’m a Logic user as well and in Logic pro since 2008 when we want to apply the “force legato” function to chords you can “keep the chords” and EVERY notes of the chord is going to join the next notes. In cubase 7 when I try that there’s just one note of the chord that goes to another note of the next chord.

This function is really precious and time saving to me when working with polyphonic sustain legato patch of strings, woodwinds or brass in Logic Pro. The great thing about it is that once is done you can take the all thing that u’ve recorded and adjust in one click the overlapping (because the overlapping that is needed depend on the vst you are using). so Im surprised and disappointed that I don’t find a way of doing that in Cubase.

I send u some pictures attached to help u understand what am I talking about.

I hope u guys can help 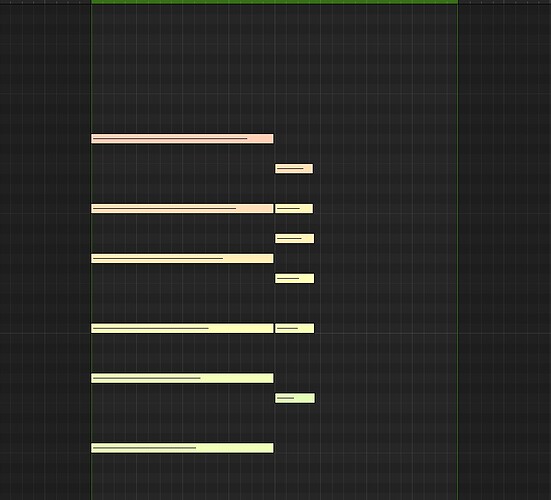 Huh? Quantize the releases and you get the same results.

Incidentally, I’ve always though that “polyphonic legato” was a contradiction in terms, as far as virtual instruments go.

Thank u for ur answer

Nowadays, a lot of libraries in kontakt includes sustain (polyphonic) patches With legato. LASS (audiobro), Sable (spitfire), etc… and even if they don’t have legato (just sustain for older patches) you have to simulate a legato to make it more realistic.

These patches (sustain with legato) can be very useful and time saving when u have no time to record every single lines.

The best way to program the midi for those instruments is with the legato function :

So the force legato that keep chords in logic is perfect for that. Because even if the chords have different rhythmic values each note of each chord goes to the next without quantizing the end or the lenght.

It’s a very powerfull midi function because once’s it’s done (in 1 click for all of ur chords) you can then select all of your chords and make them a little longer so they all have the right and appropriate overlapping that works well withe the library u are using.

I switched to Cubase recently, and i’m very disappointed that with all the midi function Cubase have I can’t find a way to do that quickly.

I red the manual, and they are only speaking about monophonic legato function apparently (even if in the manual the picture above the paragraph concerning legato show an example of polyphonic legato in cubase….)

Of course I also tried quantizing the length or the end but as i explained it’s not working because the overlapping is gonna be very different according to each rhythmic values of each chord.

The only thing I found close to this was the sutain pedal to legato function but again that’s not exactly what i’m looking for.

So is there a quick way to achieve this in Cubase ?

I’ve not found anything to do this, but it would be a very handy feature +1 please Steinberg.

I spend a lot of time quantising lengths or note ends too, mostly because it makes the music sound tidier and smoother, but also because you can then copy the parts about without worrying what happens to the sustain pedal - which would otherwise get mixed up if you’re layering the parts.

Perhaps the ‘sustain to note-length’ function might work? I.e. use (or program) the sustain pedal to achieve what you’re after then convert sustain to note lenght then quantise the lengths. I’ve never tried this myself but it might help.

Thank u GargoyleStudio. I say + 1 too please Steinberg !
I wrote to the support and apparently the only solution for now would be as u suggested to always record sustain pedal and then apply sustain to note-lengh, and then quantize the lengths or end of the events.

But I’m gonna remind Steinberg what this function : polyphonic legato is really good and time saving for :

I hope Steinberg is gonna make something about it one of these days, please !

I wonder if there’s a logical editor and macro function that could do the job… Off the top of my head, if you wanted every note to extend to the start of the next note on the piano roll then you could probably use the logical editor to create sustain off & sustain on events at (or near to?) the start of every note, then use the sustain->notelength function, put these two into a macro. This might just do it as long as the notes are well quantised. I can’t test cause I’ve not got my dongle handy (mobile recording a while back, haven’t got it back into the studio desktop yet!). I’ve got some up and coming midi composition to be doing so I might check this out and see how it might work. But it’ll always be a work-around.

Maybe you should raise this as a new thread in the feature request section?