It is difficult to explain in my non-native language, so please see a screenshots:

I assume this is a bug or something.
If this can be corrected by changing the options, please advise.
Suppose it seems to be a bug, where can I report it?

where can I report it

You just did; The Team monitors this forum and logs requests and bug submissions.
IIRC this beaming situation has been mentioned before.

Thank you for your reply.
So a similar situation has been discussed before then.

I think “Flat eighth note (quaver) beams with inner note closer to the beam than outer notes” option, which is added in version 4.0.20, does not work properly.

Could you attach an example project here? There are a lot of options that affect one another, and I can’t reproduce the results shown in your picture.

I get the same results as the top example with my settings. Here’s a file:
beams.dorico (448.7 KB)

Here’s what I get:

Here are the factory defaults:

Dorico doesn’t have the “Ted Ross rule” turned on by default so I don’t think the position in the factory default settings is particularly relevant. I’ll have to look into what the snapping is doing here but I’m afraid these rules are sufficiently complicated that it’ll require a bit of investigative effort, so it’ll probably have to wait til I’m back at work in the new year.

The attached project has only two changes to the Engraving Options when compared with the factory defaults. The value of Default stem length on the Notes page has been set to 3 1/4 spaces (instead of the default of 3 1/2 spaces), and Beams positioned above or below the staff is set to Use natural stem lengths. (Flat eighth note (quaver) beams with inner note closer to the beam than outer notes is set to Do not allow stem shortening, as it is by default.)

That’s not really a workable set of settings though, because as soon as you have quarter notes, the stems are obviously the wrong length.

(Ross pg 83, Gould pg 14, probably just about every other style guide too)

Thank you all.
Trying @dspreadbury ’s options, I got the results I expected with respect to quaver.
However it isn’t usable for the reasons stated by @FredGUnn .

In a nutshell, Flat eighth note (quaver) beams with inner note closer to the beam than outer notes option affects even beams without inner note, I think.

I don’t think that is the explanation here… I think the problem is probably that setting “… beams with inner note closer to the beam …” to “Do not allow stem shortening” (the new v4.0.20 behaviour) also turns off the “Ted Ross option” (my ref.: STEAM-11580), and that you’re expecting the “Ted Ross option” still to be on. However, if you attach a project then it will be easier to take a look at the settings you’re using.

(For clarity, the “Ted Ross option” is “Shorten beamed stems”, which can be found on the Notes page of Engraving Options.)

Does any reputable publisher not shorten stems though? Ross obviously calls for it, as pages 104-110 list the stem lengths too, but pretty much every reputable publisher also shortens beamed stems. In fact, it’s so prevalent I’m not sure I can find any that don’t do this. Even Henle, which has some very unique ideas about beam angles, shortens them. Here’s the first bar of the first piece on their New Publications page, which shows shortened 3.25 space stems. 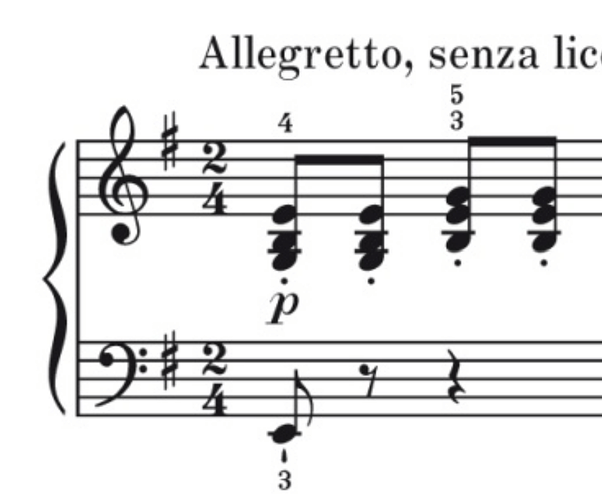 Publishers like Boosey and Schirmer have some odd beam angles and stem lengths in their newer Sibelius published work, but generally their SCORE and older engraved work is fairly consistent with shortened stems. A quick look through IMSLP shows Breitkopf, Peters, Ricordi, etc., all using shortened stems too.

Thanks. I’m busy at end of the year and will post when I have more time.

1.dorico and 2.dorico are set to factory defaults except for Horizontal eighth (quaver) beams within the staff and Flat eight note (quaver) beams with inner note closer to the beam than outer notes. Beams are unevenly positioned already.
1.dorico (770.3 KB)
2.dorico (771.3 KB)

Only 4.dorico works as expected.
The other three goes wrong, I think.