Should it be posted in issues forum or can I simply ask others their knowledge or experience?

It seems that Controller values can be quantized, but somehow it doesn’t work correctly. If I select one value (for example, one modulation value at start of bar) and press “Q” (Quantize), it quantizes selected value - it’s okay, but it also quantizes some other values far away of selected.

I remember I used this feature earlier and all was okay. Since then only one upgrade was applied - HALion Sonic SE3 v3.1.10.

I just tried this in a new, empty project after adding one midi track.

In Lower Zone
create some CC points in bars 1 - 16
create some others in bars 41, 42
Select a single point in bar 1, and hit quantize.

only that single point is quantized.

Are there any more details you can give to reproduce?

Also, have you ruled out corrupt prefs?

The sequence is almost right except that I record CC - Modulation with modulation wheel while playing Viola on HALion Sym.Orch.

Now tried on new empty project - added one instrument (HSO) and recorded with modulation. All is okay without deleting prefs.
Also tried the same on a huge and old template. There also all is okay.
Then I open the same project where quantization was wrong and it works still wrong - quantizes selected and some other points.

Should I delete prefs if all is okay in all other projects? Is it possible to reset something in one project? I’m afraid of deleting preferences.

This is not first time when something goes wrong (since 9.5) which gives an influence to communicate with people here to not to feel alone in desert

It won’t hurt to temporarily disable prefs, using safe-start (hold ctrl-alt-shift while Cubase launches). You don’t have to delete the whole prefs folder.

When I see things break in an inconsistent way, like in this situation, my first step is a temp disable of prefs.

As far as “resetting” a project I suppose that’s analogous to exporting the tracks and importing them to a fresh project, but the utility of that depends on how complex the project is, especially with routing.

You live in a desert? Wow. Me too, sometimes.

While I’m going to temp. disable prefs, try this (because it still seems to me it can be a bug):

Add Instrument in a new project - HALion Symphonic Orchestra.
AutoQuantize off. Metronome on. Count-in on.

Start recording at bar 3. While Counting-in, move modulation wheel a little to position somewhere in a middle and when recording starts, play some notes with moving mod-wheel to record some values in bar 3.

Result - there should be some mod-wheel values before bar 3 because of buffer. Now select only the last CC value before bar 3 and hit quantize. Maybe try another - select first in a bar 3, because it is not at the start of bar. Hit quantize for that one. Is other values at their position??

Okay. If prefs disabled, quantize works perfect.
So what I will lose if I delete preferences? Window positions (MixConsole on second display) has reset, what else?

I will adopt your “first step” when things will go wrong

I don’t know the whole list honestly, but this list https://helpcenter.steinberg.de/hc/en-us/articles/115000245510-Preferences-of-Cubase-and-Nuendo has a lot of it, it is kind of old though.

Mainly it’s most of the preference dialog settings, but not the color section. All your presets are safe, quantize presets are in a different file, which is not touched by safe-start mode. (RamPresets.xml).

Thanks a lot.
It is hard for me to test program performance, plugins, settings… It always ends with new composition

I’m back!
It seems I should delete preferences almost every time I start compose on my orchestral template

Hm… by chance did you create that template in an earlier version of Cubase? (Just spit balling here)

Yes, Steve, I did create my working template in version 9.0, then opened in next versions (&updates) and save them as template for these versions. Okay, I understand, what you mean - should I create a new template for newest version?!

Will not solve the problem, I guess.

Take a look on video I created just right now on Cubase 9.5.21 using an empty project, not template. And yes - preferences are as fresh as possible.

It seems that quantization works that way only on starting events, not in whole part. 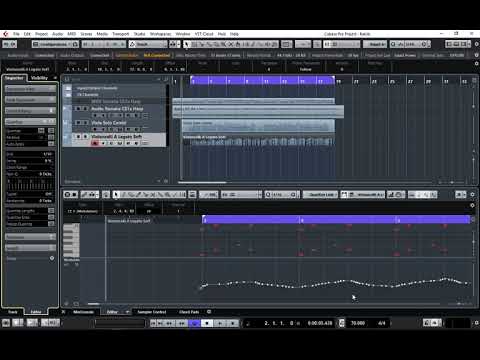 And after deleting preferences and installing newest updates (9.5.30) I did the next try: 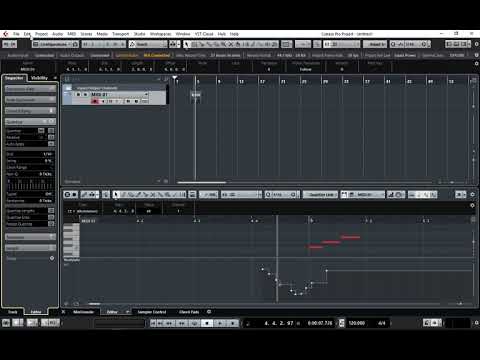 Watch this to the end. First fail is at 1:42. And maybe there will be an anchor for programmers - when and how quantize fail.

should I create a new template for newest version?!

Will not solve the problem, I guess.

I make the suggestion because it is possible that something in a template could corrupt prefs, but I’m talking about a template the lived over several big updates. Afraid I don’t have time to check out your video tonight…

Steve, can you check out both videos?
It’s very important when needed quantize at least first value of controller when recording virtual symphonic instruments where Modulation wheel configured for expression. If the first value is later than note, then its volume (expression) is default (0) and it sounds like note starts with delay - when there is next value of expression controller recorded.

This is not normal! Very disturbing if I need delete preferences every time I start Cubase.

I tried running Cubase as administrator and press Ctrl+Alt+Shift while loading. Hope this will give better result. Nope! The same.
Here’s newest video with this BUG. 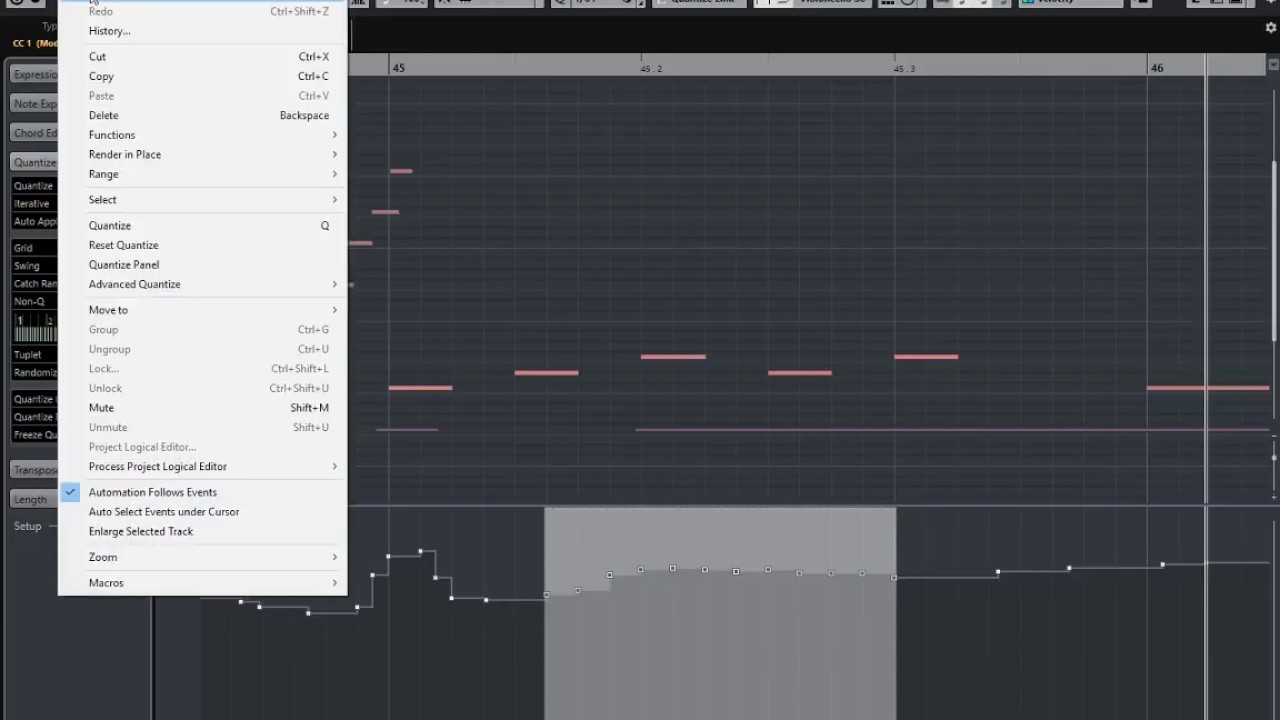 Someone, please, repeat this!

I’m kind of busy these days, so watching a video and reproducing the behavior is a bit too time consuming- but if you could write out a step-by-step sequence, and supply files (zipped) maybe someone can help.

Setup: Grid size in piano roll: 1/16; AutoQuantization Off; Snap Off.

The issue is that quantization affects values not selected? Yes, if in this example I select second (newly added) and fourth points and press Q, then somehow they can operate with space between, but this is quantization and user wants a result where points stands on precise places (bar/beat positions), but with two selected quantization results in one point between both selected and not straight bar/beat position.

This was recorded in Cubase 9.0.40. I open it in 9.5.30 and it works the same way. If I do this in new project in version 9.5.30 - works the same way. No matter which version. If two value are near to each other, quantization won’t operate correctly - point won’t go to the target if in his way is another (not selected) point. Also if another point is close but in oposite side of target (bar/beat line to snap points).

I attached only one file since the problem is identical in both versions. I uninstalled C8 and cannot check was this problem there too.
In this file second point of Modulation controller is that added in step-6.