I am using an SSD drive for my music. That drive holds my song files and audio files. My plug-ins and Kontakt are on my boot drive. My files for my virtual instruments are on a third drive.

My songs with a lot of virtual instruments and plug-ins take a long time to load.

If I added a second SSD hard drive to my "music"drive and paired the two SSDs in a RAID configuration would that cut down on my load times?

Maybe you could create a few different projects and test load times to see where the bottleneck really is. What I would do is

a) a lot of audio files
b) a lot of VI instruments (loaded)
c) a lot of plugins.

I would think that after the above you should have noticed which ‘configuration’ affects the load time the most. And if that’s a reasonable approach you then know which drive is holding you up. So if it all of a sudden is much faster loading the project without VIs then I would assume the parameter that makes a difference is the VIs. So, I’d expect faster load times with a faster VI drive / connection.

Mind you; I would also take a hard look at the computer, especially the motherboard, to see just how the connections are set up. Some motherboards will run all drives through the same chipset, so if you’re loading up everything at once it may be that all your drives are fast enough but your chipset is the bottleneck. Both modern Intel and AMD systems are set up this way.

Here’s a sample chart so you can see what I’m talking about: 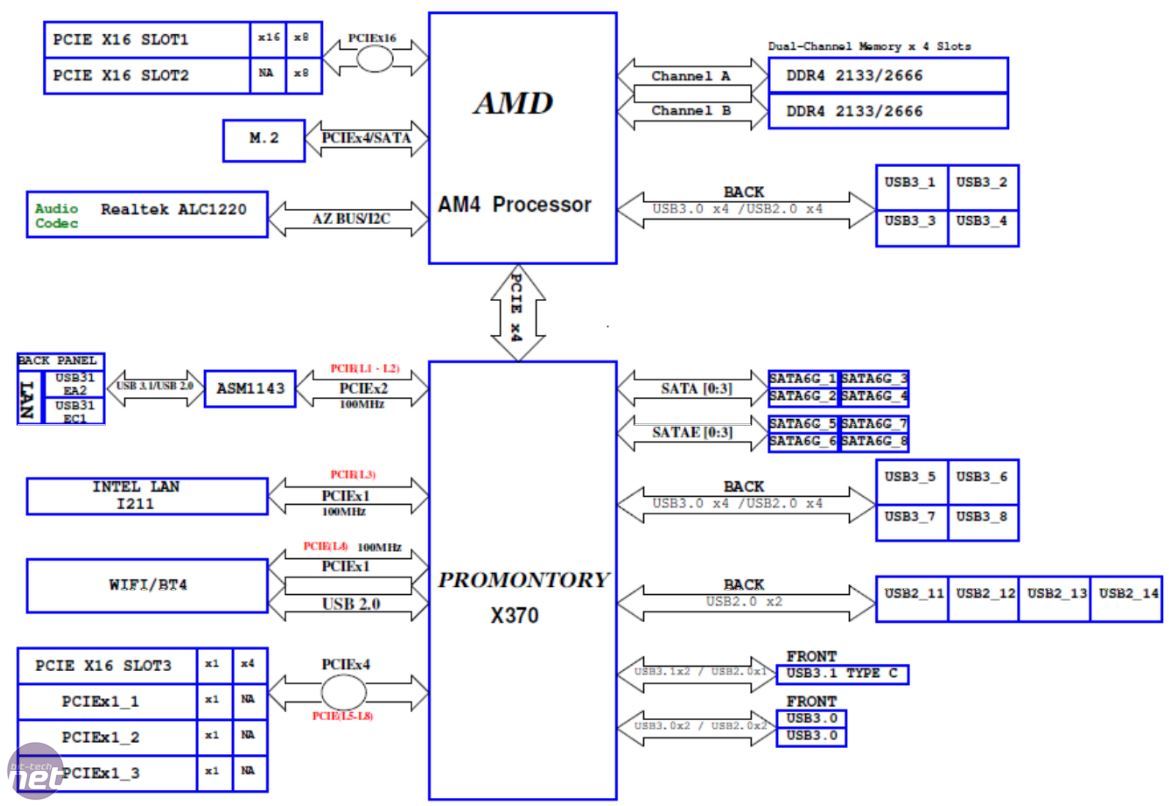 It may be hard to read, but basically

So what the above means is that if you have a motherboard like this one and connect all three drives as SATA drives to the appropriate SATA connections all that data goes through the very same bottleneck, which is that connection between the chipset and the CPU. So you could theoretically already be getting what you need out of your SATA drives and it’s just that at times you’re saturating that connection. IF that’s the case then the solution on a board layout like this one is to use the m.2 connection that goes straight into the CPU for whatever has the most massive amount of data transfer required.