Hi,
trying real time midi recording to a short movie, but during the recording the scenes of the movie don’t follow my midi inputs… (the movie doesn’t begin while the playhead goes on through the bars)… what’s wrong?
Ppg

I’m not sure what might be wrong. I just tried this myself and an attached video certainly does play as I would expect while I am recording. Does the video play back normally during playback?

…sure the video plays back normally.
the fact is that when I click record from the very beginning (bar 1) , the scenes don’t move ; if I click from the second bar (with “+”) the movie scenes jump and begin several bars further on. I checked the fps (25) for video and project and seems ok. I tried with different short movies format (mp4,.mov)…still the same problem.
Thanx in advance for your help
Ppg

if I click from the second bar (with “+”) the movie scenes jump and begin several bars further on.

can you perhaps include a screenshot that shows exactly what you mean? 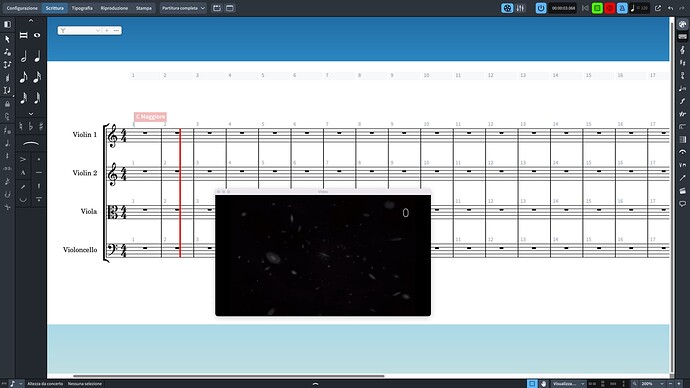 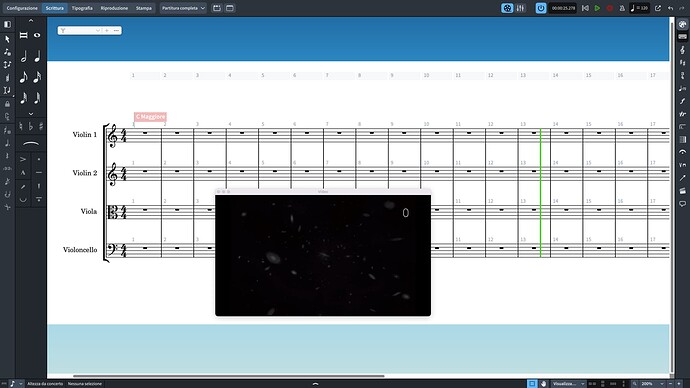 So that seems to show that the video never plays back, since the same frame is shown at the playhead’s position in the second screenshot versus the first. Can you try a different video file, in case the issue is with this specific video file?

…Same problem with other files. to my opinion, It looks like that there is no connection between frames and playhead…

Well, that’s definitely not true, at least not in general. I tried, for example, this file and find that it works exactly as I would expect.

…I mean, that how I do it , it seems to have no connection…not Dorico generally.
Tried even with your file…same problem.
Maybe I need to check?change?.programme something?

I don’t know what you could change! If you attach the video, then simply play back, does the video play along with the score?