Afters Steinberg’s appalling decision to leave Mac/ 816 users in the dirt I sidelined my unit and got something else. However I recently needed some more inputs and I thought to use the 816 via it’s optical outputs.

I didn’t have an old Mac, but on a whim went to eBay and found an old MacBook Air 2013 for $100! It was in good condition so I got it, installed High Sierra and the 816 was good to go after a dust off.

I really only needed to configure it for 8 in - * out … but having a “Control Dongle” ( the MacBook Air ) was WAY less expensive than getting a a rack of Mic Pre’s of the 816’s quality.

Oh, and then I realized I could configure one of the internal Channels as a Voice channel inserted into my current interface. Great for voice / meetings etc … which I do a lot of! Its basically adjustable via the 816 front panel too. ( Morph control knob )

Good idea. This is how I am using mine: 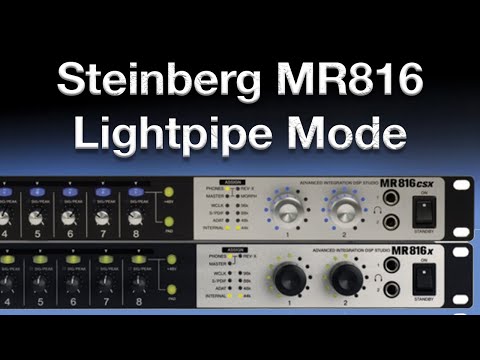